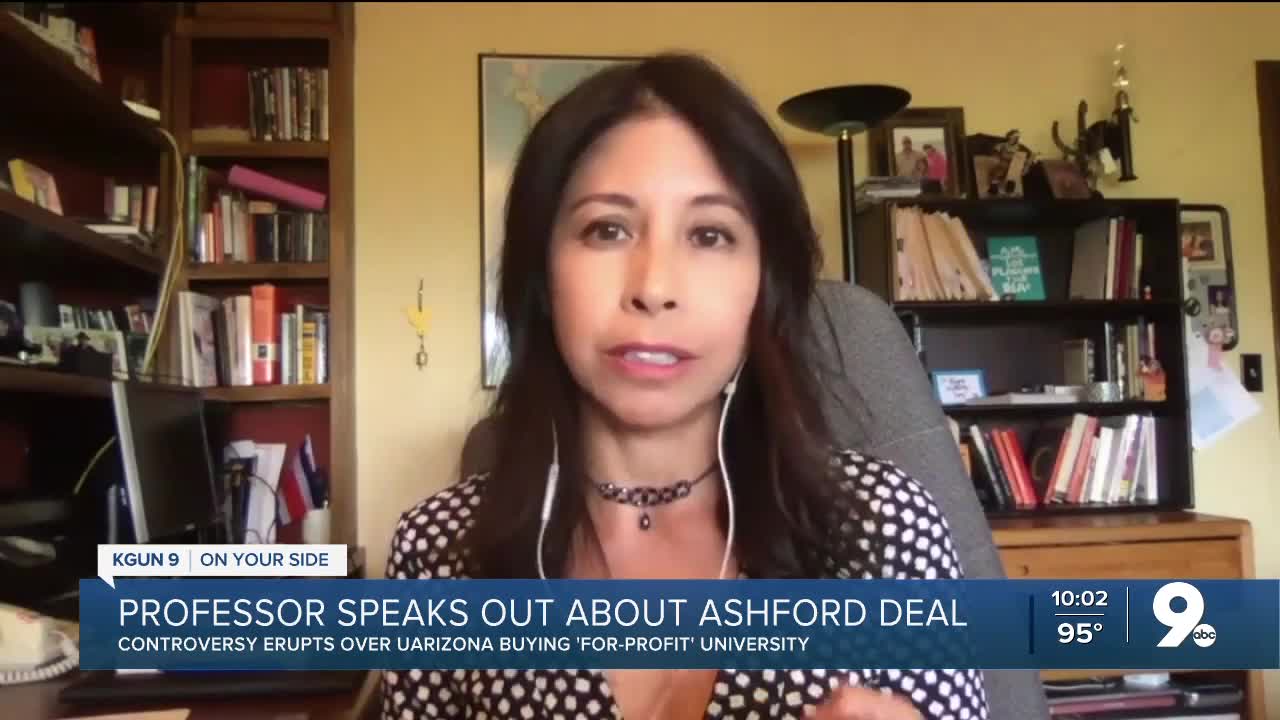 TUCSON, Ariz. -- The University of Arizona buys Ashford University, a ‘for-profit’ college, which is being sued by former students.

Associate professor Celeste Gonzalez de Bustamente says there is a lot that doesn’t make sense with this deal.

“What is really behind the acquisition? We don’t know because we’re just finding out about this now,” she told KGUN9.

Gonzalez de Bustamante has worked at the UArizona for 18 years.

She’s also a member of the Coalition for Academic Justice, a group that plans to unionize. It is composed of faculty, staff, and graduate students.

“The Coalition for Academic Justice is very concerned about this recent acquisition. Number one, we were not consulted on this. Number two we’re wondering what this acquisition could do to the very good reputation that the University of Arizona has. Number three, we’re wondering how much money is going to be made. The enrollment of Ashford University has steadily declined. A few years ago they had 80,000 students. Today they have 35,000 students,” she added.

She also says the timing of the announcement is a little off.

“Because in just seven days we’re going to have thousands of students returning to campus. And the university president has said that he expects 250-300 students to be arriving who are going to be testing positive for COVID-19,” she told KGUN9.

UArizona signed a definitive agreement with Zovio, which includes the sale of the assets of Ashford University to the University of Arizona Global Campus.

As for the pending lawsuits from former students to Ashford University, Gonzalez de Bustamante says they may be a future headache.

“You don’t have to be a legal expert or a lawyer to think that this could be a problem down the line, so what are we really acquiring here. There are a lot of things that don’t make sense with this deal,” she said.