Tucson jobs from “spooky action at a distance” 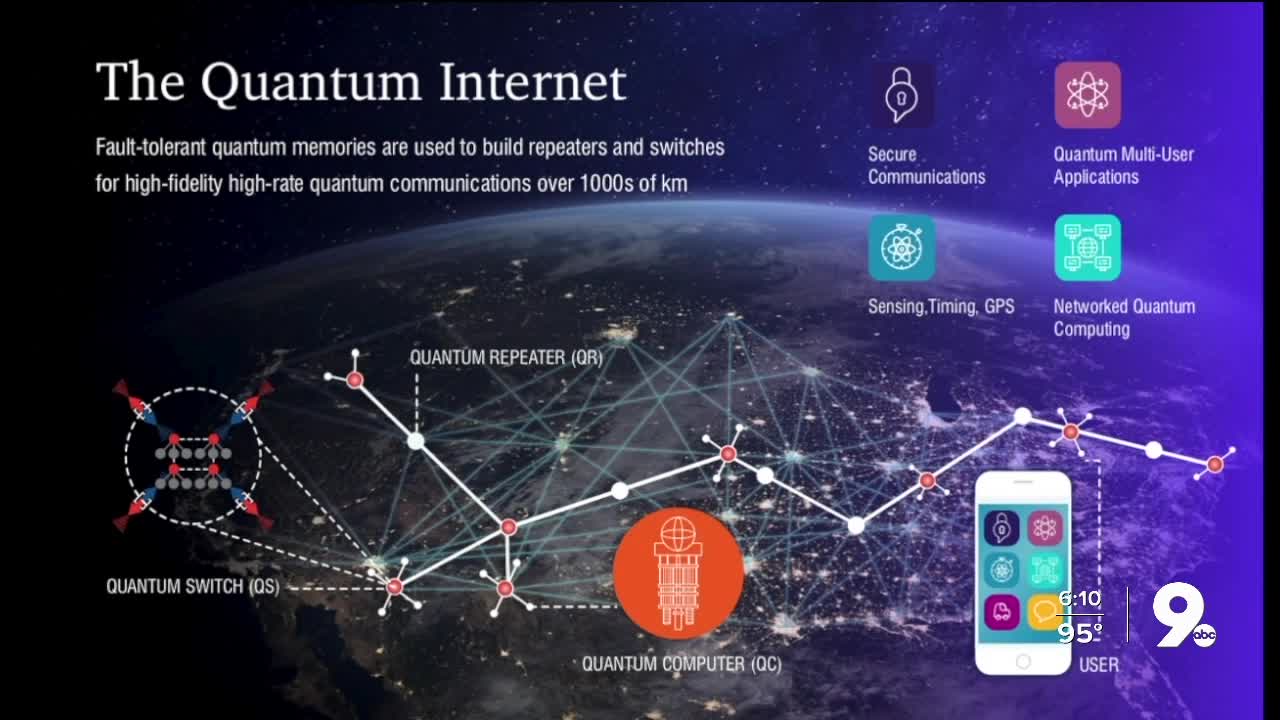 TUCSON, Ariz. - Sophisticated jobs for Southern Arizona---and a faster, more secure internet. Both could come from University of Arizona’s new position as the lead university in a program to turn some challenging science into new ways to communicate.

University of Arizona’s a world leader in optics. That led the Federal government to pick UArizona to lead development of a new type of network. It’s called a quantum network and it’s able to carry much more data, with unbreakable security.

Quantum networks depend on a mind bending concept in physics called quantum entanglement. It's so weird Einstein referred to it as "spooky action at a distance". What can happen is particles in one part of the world entangled with particles, a long long distance away can actually influence what happens to the other particle. It's been tested by scientists over a distance as far as 700 miles.

UArizona and the other universities---Harvard, Yale and MIT, are sharing a 26 million dollar grant. If they can win the race to create practical quantum networks they will multiply the power of the internet. Stephen Fleming is innovation director for UArizona’s Center for Quantum Networks. He says you can expect working towards that day to bring opportunities and jobs to Southern Arizona.

“More students will come here, more faculty will be attracted here, and eventually if you see what happened in Silicon Valley and see what happened in Boston back in the 1960s 1970s. What that means is companies will spring up, jobs will be created and economic value gets created clustered around those universities that are creating the innovative new science.”

Fleming says researchers will push to make breakthroughs, then form companies to make quantum technology something we’ll use.

He says, “Trying to predict to the applications right now is like trying to sit in 1969 and predict an Uber or Airbnb, which were based on internet technologies but, you know, projecting that forward was science fiction in the 1960s that's that's the sort of technology, we'll be working on now.”