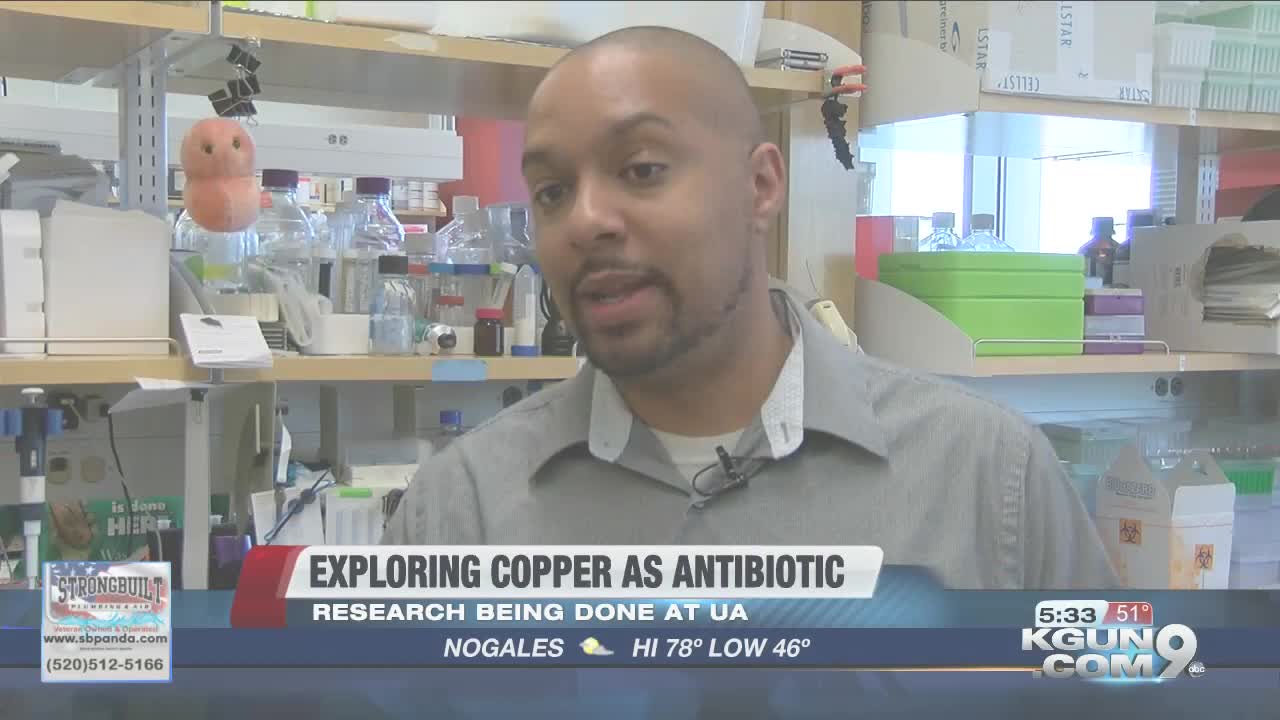 As bacteria becomes more and more resistant to antibiotics, researchers at the University of Arizona are working to find a solution.

TUCSON, Ariz. - As bacteria becomes more and more resistant to antibiotics, researchers at the University of Arizona are working to find a solution.

Michael Johnson, an assistant professor of immunobiology in the UA College of Medicine said he and his team are working on further exploring whether copper has potential to be an antibiotic.

The team is specifically working with a bacteria called Streptococcus Pneumoniae a bacteria that can cause infections like pinkeye, meningitis, ear infections and even pneumonia.

Every year more than 1.5 million people from infections caused by the common bacteria, most of those infections, Pneumonia.

"So, if we can find more ways of trying to kill this bacteria before it can hurt people then I think that's a win," said Johnson.

With the help of a recently awarded $1.9 million grant, the team is hoping to pinpoint exactly why copper is toxic to bacteria.