Two puppies saved from storm drain on Tucson's south side 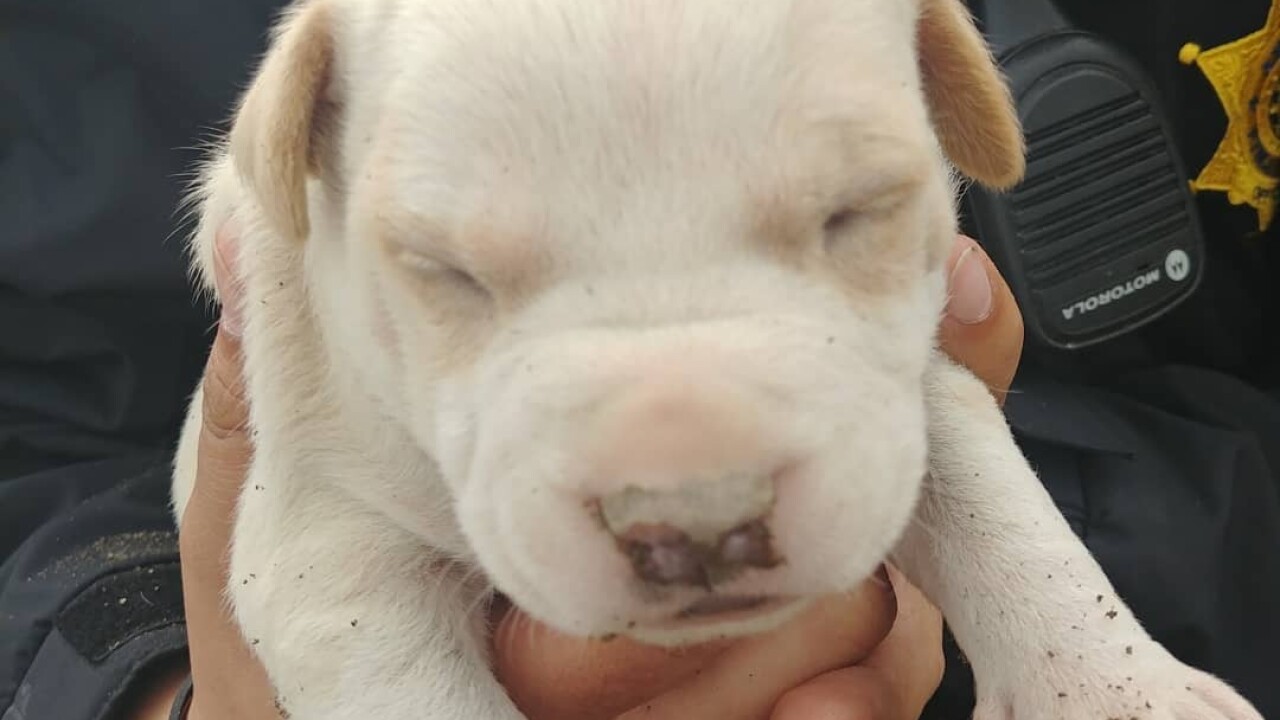 TUCSON, Ariz. — Two puppies were rescued from a storm drain Tuesday morning near Dakota and Rosepine road on Tucson's south side.

According to Drexel Heights Fire District, Pima Animal Protection was on scene for reports of an aggressive pit-bull dog. It turns out, the dog was a mother protecting her two puppies.

Pima Animal Protection was able to restrain the mother, but the puppies were at the end of a 20-foot storm drain, making them difficult to reach. They then called DHFD for further assistance.

In order to reach the them, firefighters had to attach three poles together with duct-tape and use flashlights to reach in and bring the puppies to safety.

According to Nikki Reck with Pima Animal Care Center, it is unknown how long the dogs were there.

The puppies and mother are being assessed at the shelter now.