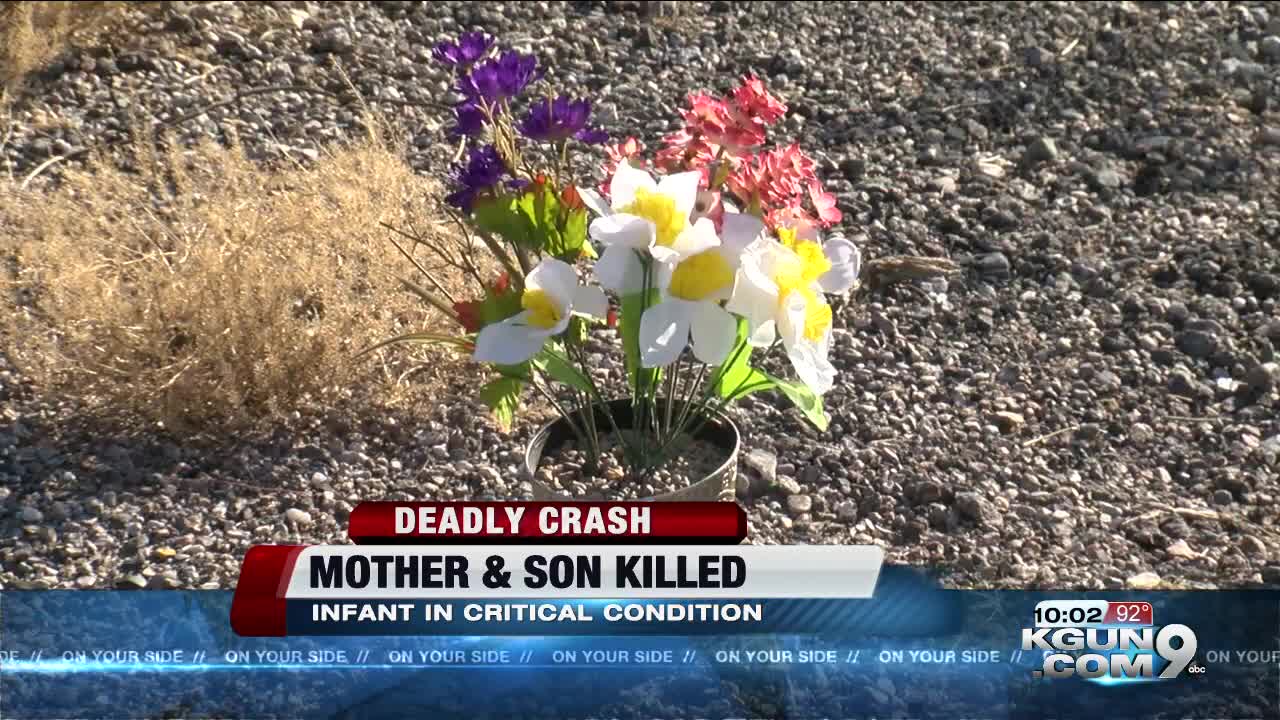 A rollover accident kills a mother and son, leaves an infant in critical condition near Three Points 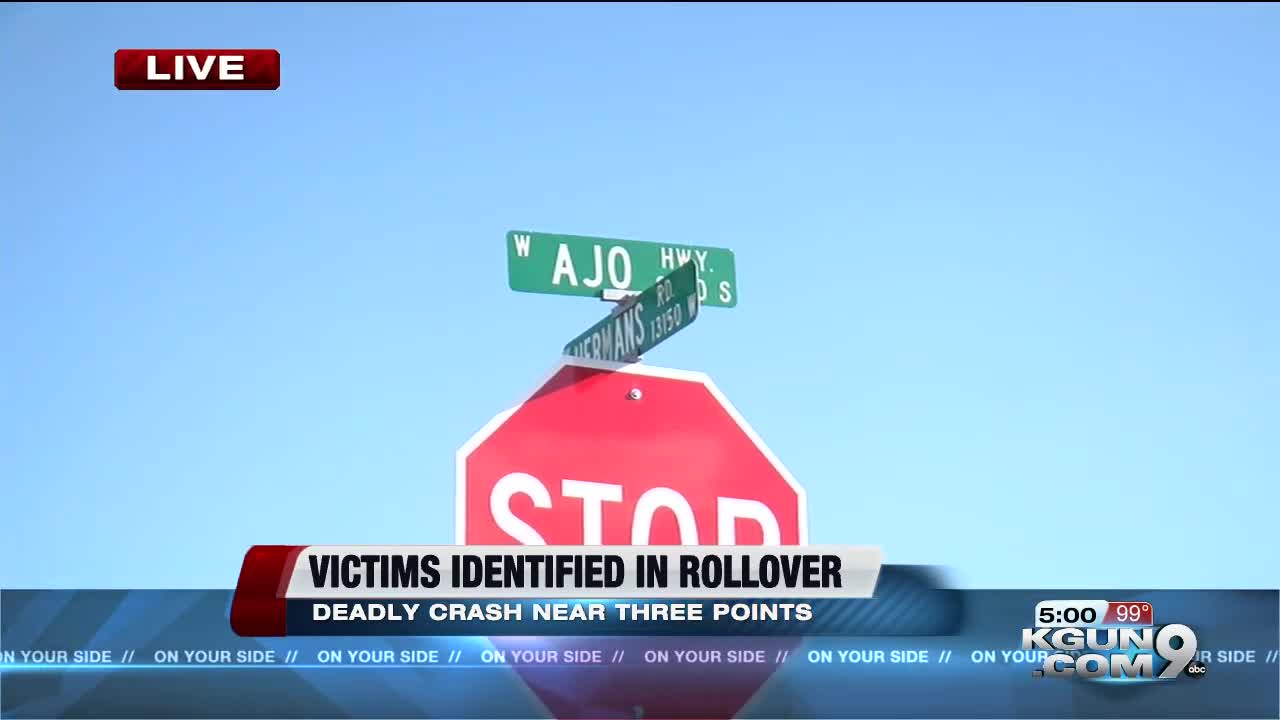 According to DPS, the rollover caused both Sabrina and Layton to be ejected. Both people were declared dead on scene.

Sabrina or Layton were not wearing a seat belt.

Officials say impairment doesn't seem to be a factor in the crash.

"I've known them close enough to where we went trick or treating, things like that together, the families did, they're a very close family. we helped each other in different ways."

Including offering support after a death her own family, Lyn says Sabrina was en route to her husband's funeral, "and that's the hard part is knowing that they were on their way up to support me and our family and have it tragically end this way," Peterson said.

Still grief stricken from her own loss Lyn, accompanied by her daughter, went to the scene of the accident, left flowers and soon realized she'll have another funeral to attend.

"I can't fathom words for that, I can't put that together yet."