Tucson Police will not do on-site poll security 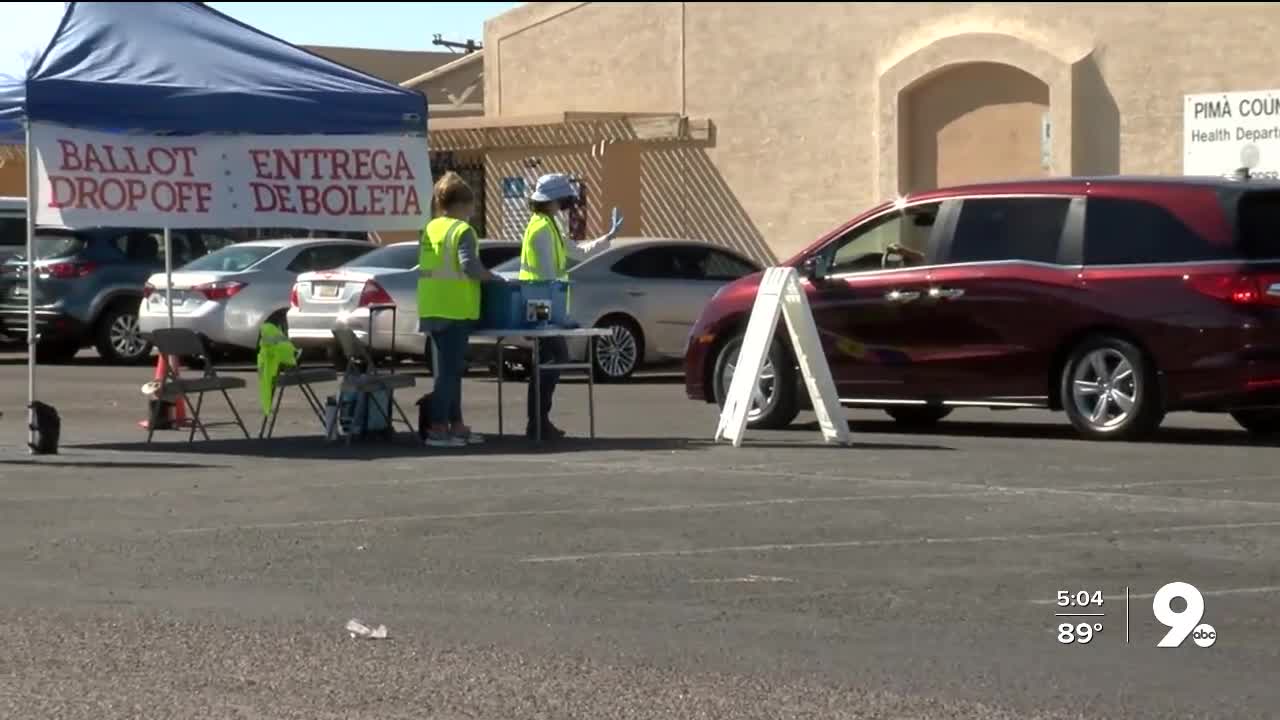 TUCSON, Ariz- Concerns about voter harassment led Pima County Recorder F. Ann Rodriguez to station off duty Tucson Police Officers at polling places. Now worries the police presence would intimidate voters led the city to tell Tucson Police to not be directly at the polls. But uniformed law enforcement will still be at polling places in Tucson and Pima County. Sheriff’s Deputies will be there instead.

The Pima Recorder's polling place near Broadway and Kolb is in Tucson city limits, but a Pima Sheriff’s Deputy has been watching things there. Recorder F. Ann Rodriguez had hired off duty Tucson Police to provide security and prevent voter harassment and intimidation; but city leaders decided a police presence would intimidate voters too.

Mayor Regina Romero says after a long list of voting rights organizations raised fears of intimidation, Tucson’s Police Chief decided police should not be at the polls but should stay nearby to respond if there’s trouble.

Mayor Romero says, “There's research that has been done that communities of color, marginalized, historically marginalized communities there's like a chilling effect with having a uniformed police officer at a polling location. It could be because there's a mixed status family, many reasons why that's the case.”

Romero says TPD had no reports of civilians disrupting things at the polls, but Rodriguez says she’s had situations this year that make her worry political passions could blow up into real trouble.

“We've had buses show up at the East side, with 25 people chanting, I have voters in line, you come in here to Justice Court they're sitting out there taking pictures of people. They're chanting, they're waving signs.”

Rodriguez says officers at the polls could keep the atmosphere calm but things could go from tense, to violent by the time officers off site can arrive. She says she is grateful Sheriff Mark Napier allowed deputies to step in.

Mayor Romero says TPD’s plan to stay away from polls but stay close for a quick response tracks what Phoenix Police plan to do, and follows recommendations from voting rights groups and Arizona’s Secretary of State.