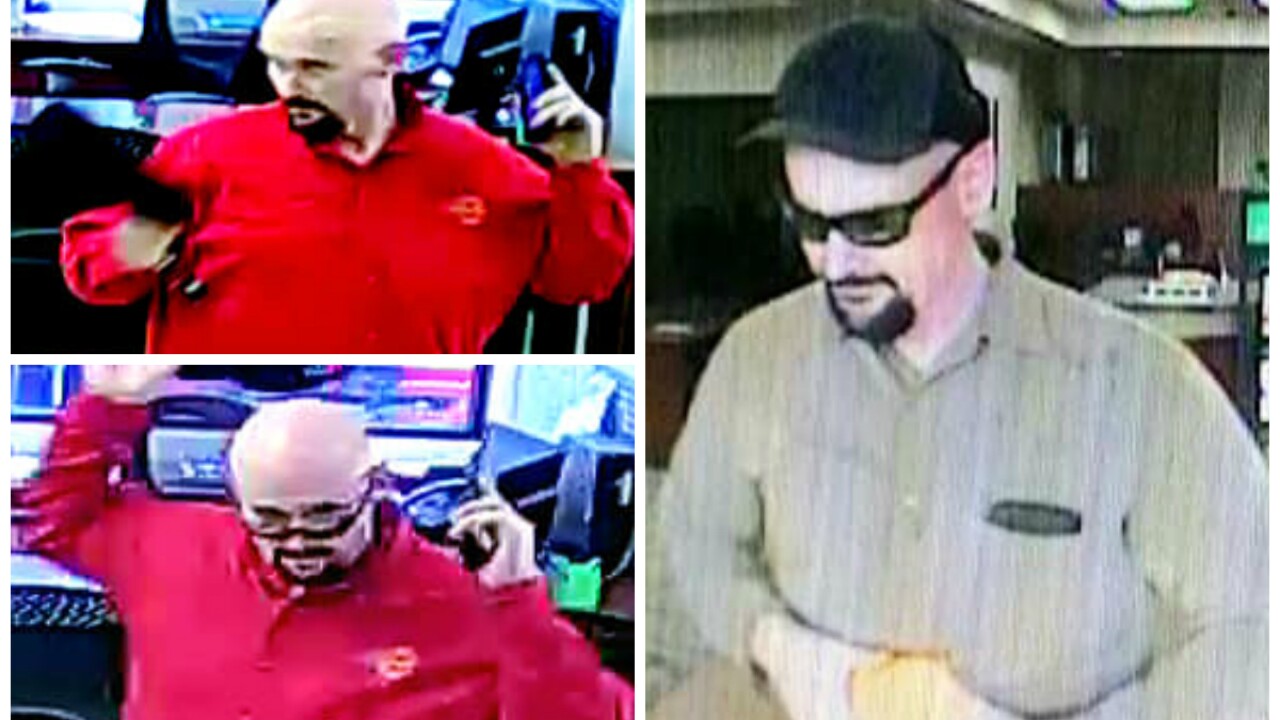 TUCSON, Ariz. — Tucson Police are looking for a man who they say robbed several banks across the city.

Police say the most recent incident was Friday at the Bank of the West on the corner of Swan and Fort Lowell. Witnesses tell police the man had a gun in at least one of the robberies.

The pictured suspect is involved in multiple bank robberies across Tucson. The most recent occurred 6/28 at Bank of The West, 3175 N. Swan. A gun has been seen during one of the robberies. Anyone with info is asked to call 88-CRIME. pic.twitter.com/jX4PaTFNJ4

Anyone with information should call 88-CRIME. Tips can be reported anonymously.