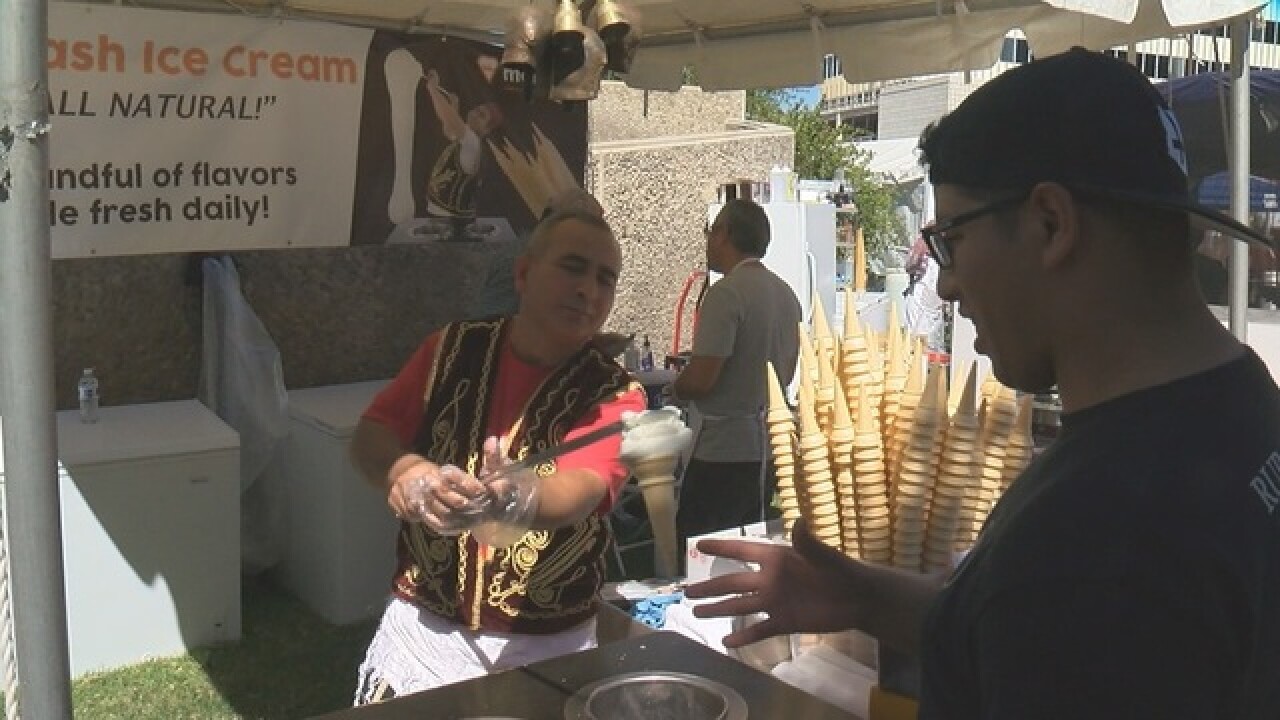 This year's Tucson Meet Yourself Festival will take place in a slightly new territory.

The long-running event will now surround the Tucson Public Library, running along North Stone and Church Avenues, between Congress and Alameda, and on Pennington Ave.

“Tucson Meet Yourself is known for animating space through cultural sharing. This year, we’ll animate public downtown streets while doing that. There’s something special about stopping traffic with music, dance, and culinary exchanges,” said Maribel Alvarez, executive director of the Southwest Folklife Alliance, the organization that produces the festival every year.

According to the Southwest Folklife Alliance, earlier this year, the City of Tucson notified Tucson Meet Yourself saying it would no longer issue a permit for use of El Presidio because of the weight of the event.

“The new set up will allow Tucson Meet Yourself to create a central gathering event area with a variety of stages with entertainment,” said Greg Jackson, Management Coordinator at the City Manager's Office, who worked with festival organizers to establish the new area.

In addition to the new location, Tucson Meet Yourself announced the opening of TMY Electronics Recycling. The recycling center, located at 3820 E. Blacklidge, will take cell phones, computers, laptops, televisions and more.

We see a continuous thread from the conservation of cultures to the conservation of the planet, said Maribel Alvarez, Executive Director of Southwest Folklife Alliance, which produces the annual festival. For many years now TMY has been expanding the role a festival can play in sustaining life, commerce, art, environment, and social cohesion, all as part of one same mission. The Electronics Recycling project offers us the opportunity to raise revenue to support artists and tradition bearers while at the same time educating the public about the importance of connecting cultural expressions to real solutions that affect us all.