Tucson man arrested at border for trying to smuggle 3 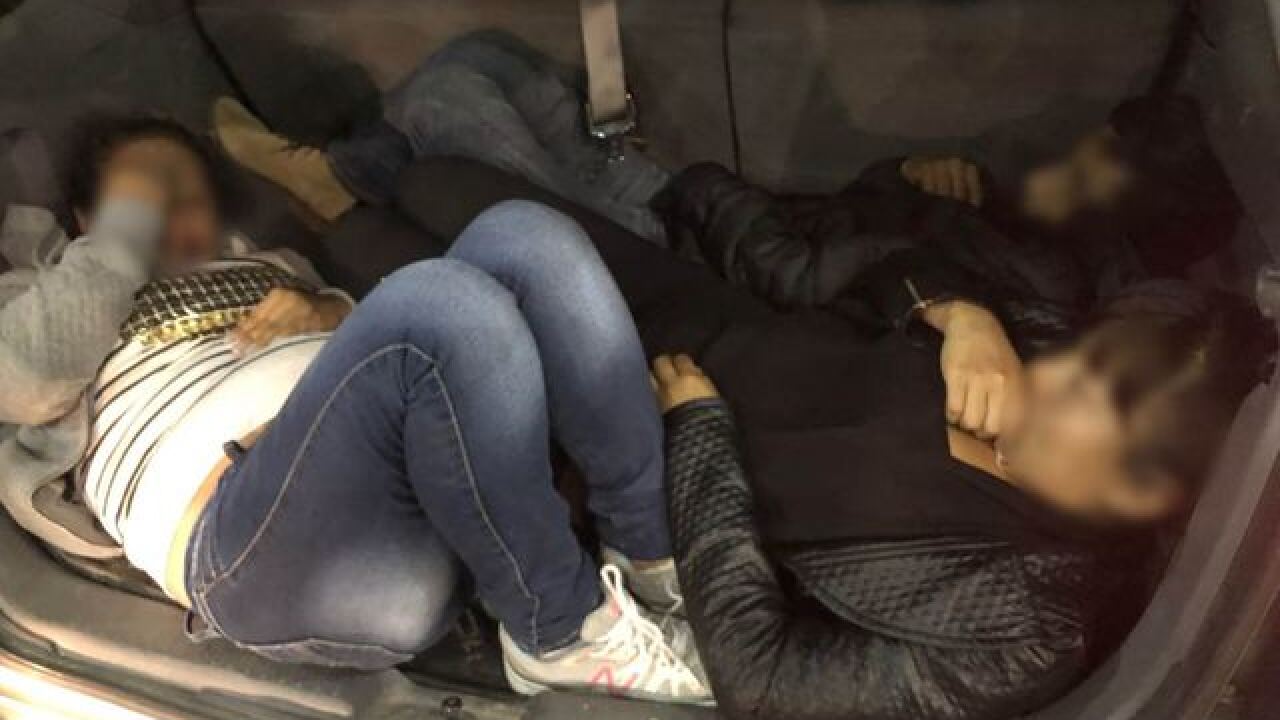 Border Patrol agents say a Tucson man has been arrested on suspicion of trying to smuggle three Mexican nationals into Arizona.


The incident happened at the Interstate 19 Immigration Checkpoint.

Authorities say the suspect was driving his SUV in the primary inspection lane when agents discovered three people in the rear cargo area.

They were questioned and agents learned they had entered the country illegally.

The trio, who are ages 19, 21 and 39, were turned over for processing for immigration violations.