Firefighters continue to investigate cause of construction site fire 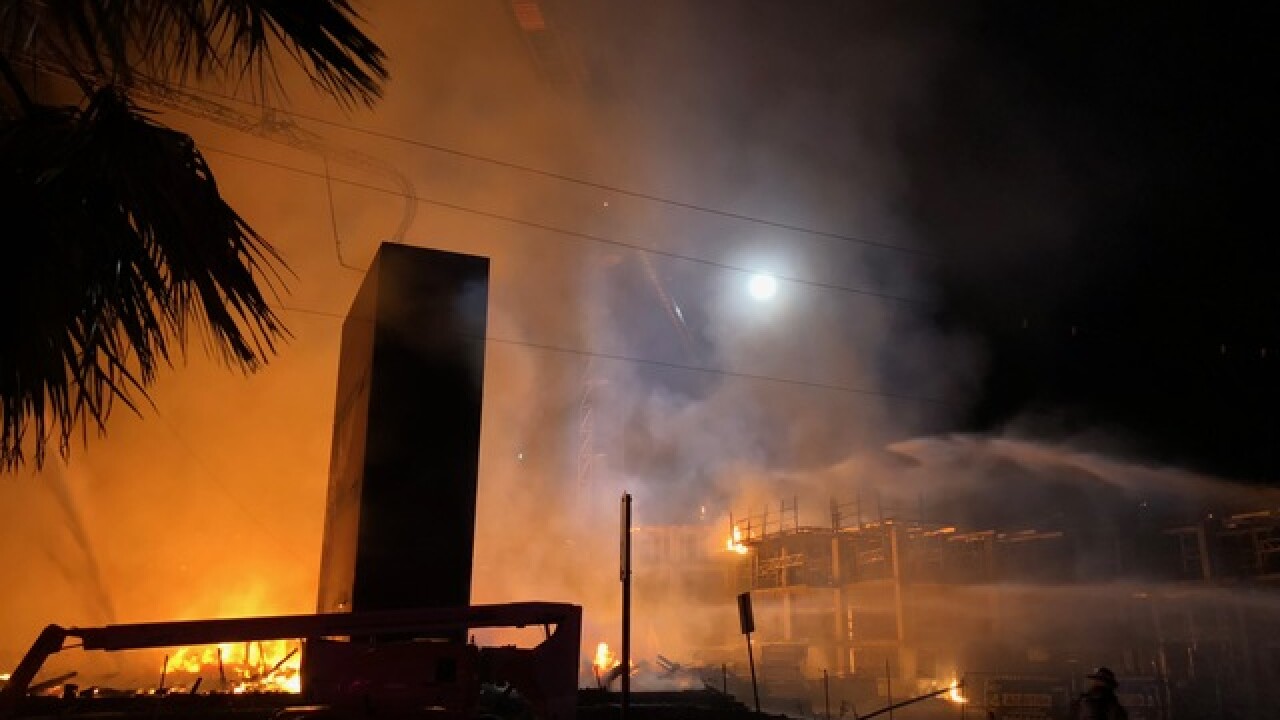 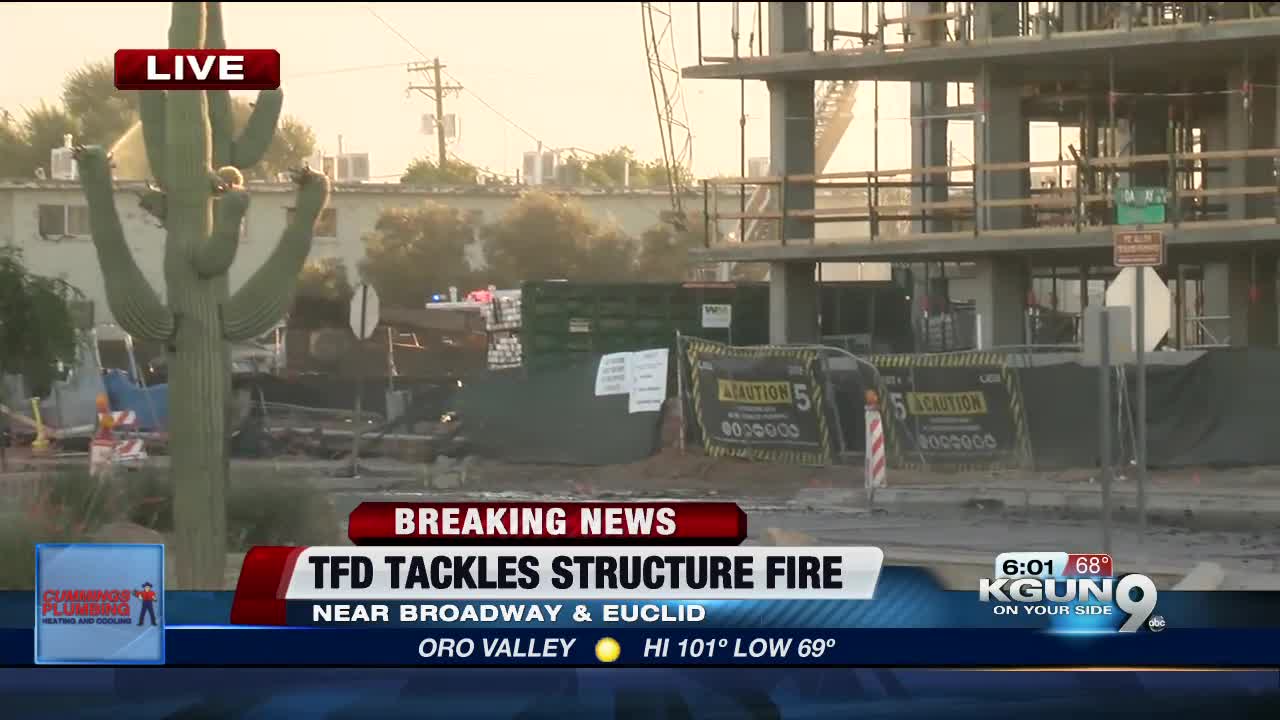 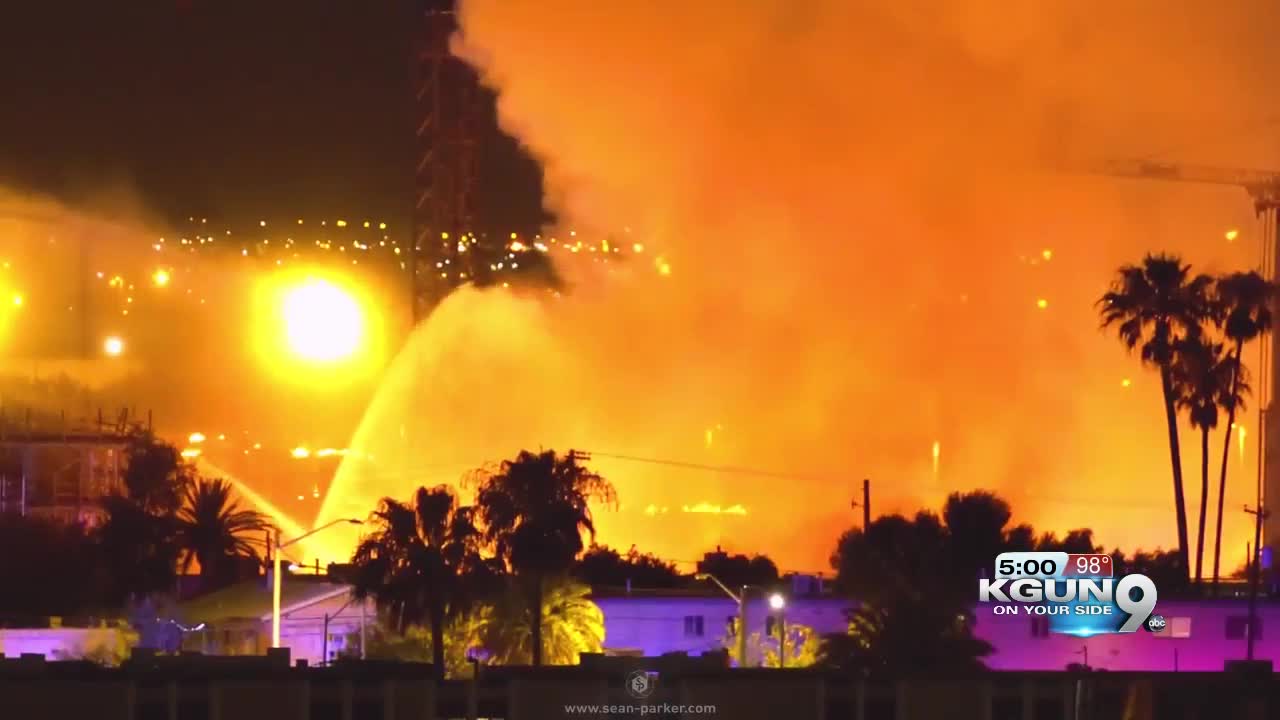 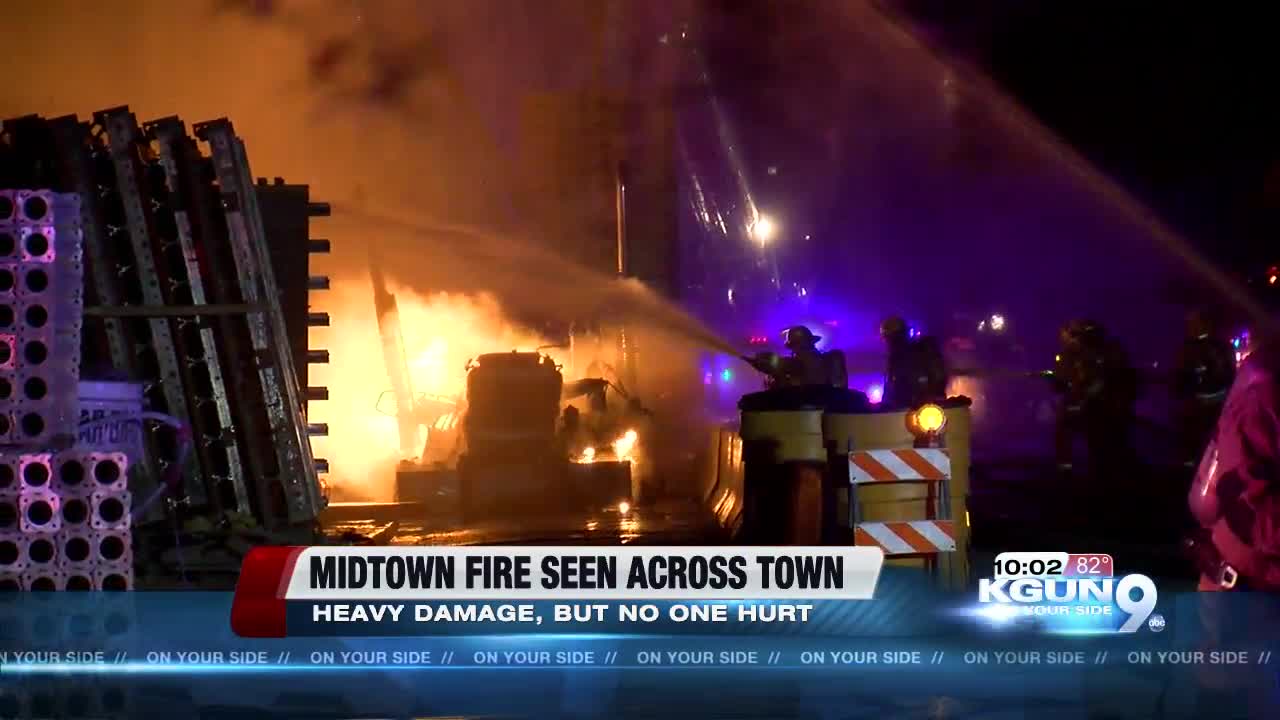 At least 30 people were evacuated from an apartment complex and nearby homes after a fire broke out at a construction site near Broadway and Euclid.

The Red Cross is assisting those displaced by the blaze.

The Tucson Fire Department responded to the fire around 2 a.m. Tuesday, June 19th.

Ashley Pricer lives a few blocks away from the construction site that burst into flames, but she first thought the fire was much closer to her house.

"We thought it was in the backyard because of the size, the heat, and the light coming in the windows," she said. "We thought for sure it was going to travel and take down the whole neighborhood and possibly reach U of A."

Tucson Fire returns to put out a small hotspot from the enormous fire near U of A this morning. Some people get to return home, others cannot tonight @kgun9 pic.twitter.com/9aB8vRm5I7

The apartment complex from which people were evacuated had some of the windows broken and blinds melted off, according to Tucson Fire Department.

One of those people was Kathleen Lasick. While many others woke up because of loud noises and the heat, she didn't wake up until her landlord and neighbor pounded on her door. Once awake, she was out of the apartment in 20 seconds.

"It looked like the sky was just red," she said. "And I still was like kind of asleep enough that I didn't figure out what that meant."

There were no injuries reported, according to TFD.

"Our mission is to protect lives and property," TFD Battalion Chief Barrett Baker said. "And in this case, the fact that nobody got hurt, that is a miracle."

Baker said firefighters on scene described the fire looking like, "a volcanic eruption, and a wall of fire."

Approximately 20 cars parked near the apartment complex were partially burned as well.

There were 17 TFD units on scene helping tackle the fire with approximately 60 firefighters.

A three-story wood frame burned in the blaze.

TFD has deployed two overhead streams to better help put out the fire, which spread to nearby trees.

The Tucson Police Department was also on scene of the fire helping with both evacuations and traffic control.

The cause of the fire is still under investigation.

Tucson Fire Department said their biggest concern is a small crane in the center of the construction site that was impact by the fire.

TFD did confirm the fire broke out at a UEB Construction site, which they referred to as The Mark.