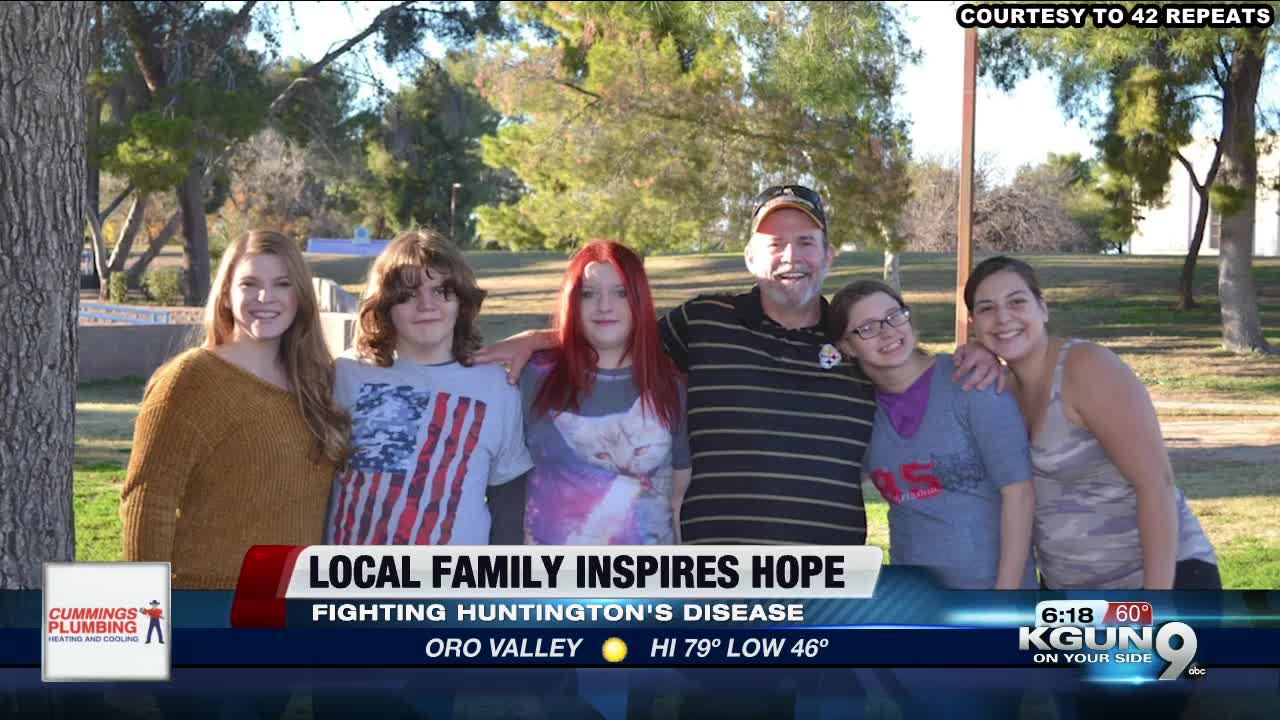 It was the early summer of 2015, when David Collin Russell started feeling symptoms he had been expecting his whole life. 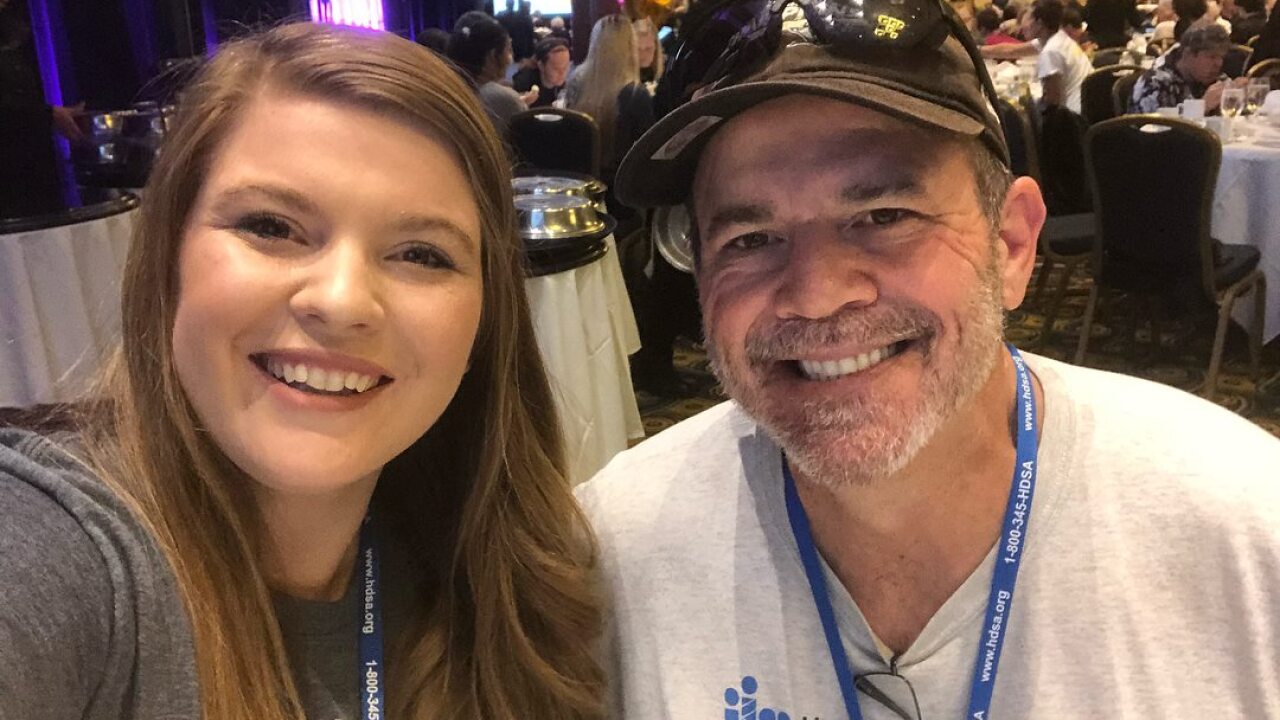 TUCSON, Ariz. — It was the early summer of 2015, when David Collin Russell started feeling symptoms he had been expecting his whole life.

From an early age, David spent years watching family members, from his grandfather to his mother, all get diagnosed with the rare, genetic disorder known as Huntington's Disease.

Huntington's Disease is a fatal disorder passed down by generations. It's described as a combination of Parkinsons, Alzimhers, and ALS, or amyotrophic lateral sclerosis.

Every child of someone diagnosed with Huntington has a 50% chance of getting it. As of right now, there is no cure.

"There's always that chance that maybe I was just crazy, but I knew that I wasn't," Russell said. "I knew the way that I felt, but there was definitely something wrong with me."

He spent years taking care of his mother as she went through the disease. At the final stages, she's unable to talk, walk or eat on her own.

When David heard from the doctor that he was officially diagnosed, he started to see his own reflection in her eyes.

"It was like getting punched in the gut," Russell said. "I had a suicide attempt that summer. I lost my job. I lost my finance."

A major symptom of Huntington's Disease is depression, something Russell experienced for months after getting diagnosed.

Russell said one of the things that stayed consistent throughout his life though, his daughter Jasmine Demers. She became his main caretaker.

"My dad lost his job because of this disease. He couldn't focus as much and he had trouble multitasking and problem solving," Demers said.

Demers said she was happy to help take care of her dad because of everything he did for her growing up.

After spending a couple years watching her father get worse and worse, she became skeptical of her own genes.

The question, 'could I have this too?' filled her head with worry for months. She finally got tested in January of 2019.

The doctors confirmed, she also had the gene for Huntington's Disease.

Once diagnosed, doctors said a patient on average lives 15 to 25 years.

"I mean, I knew that it was a possibility, so I was ready for it, but it shifts everything that you thought your life was going to be," Demers said.

Russell took the news of his daughter get diagnosed hard, because she had been such a constant support in his life, he didn't want her to have to feel the same pain he was feeling.

Russel and Demers are just two of about 30,000 people in the United States affected by Huntington's Disease, but another 200,000 people are at risk to develop it.

To help fight this battle and find a cure, the Arizona Chapter of Huntington's Disease Society of America is holding a HOPE walk Saturday at 9 a.m. at Reid Park. All proceeds for the walk will go to research to find a cure.

With no cure yet, Russell and Demers walk in hope with other Huntington's families to one day find life-saving research.

"It's not just the people that are dealing with those diseases right now, but it's there kids and there grand kids and there great-grand kids," Demers said. "We have to stop it in it's tracks before more and more people are affected by it."