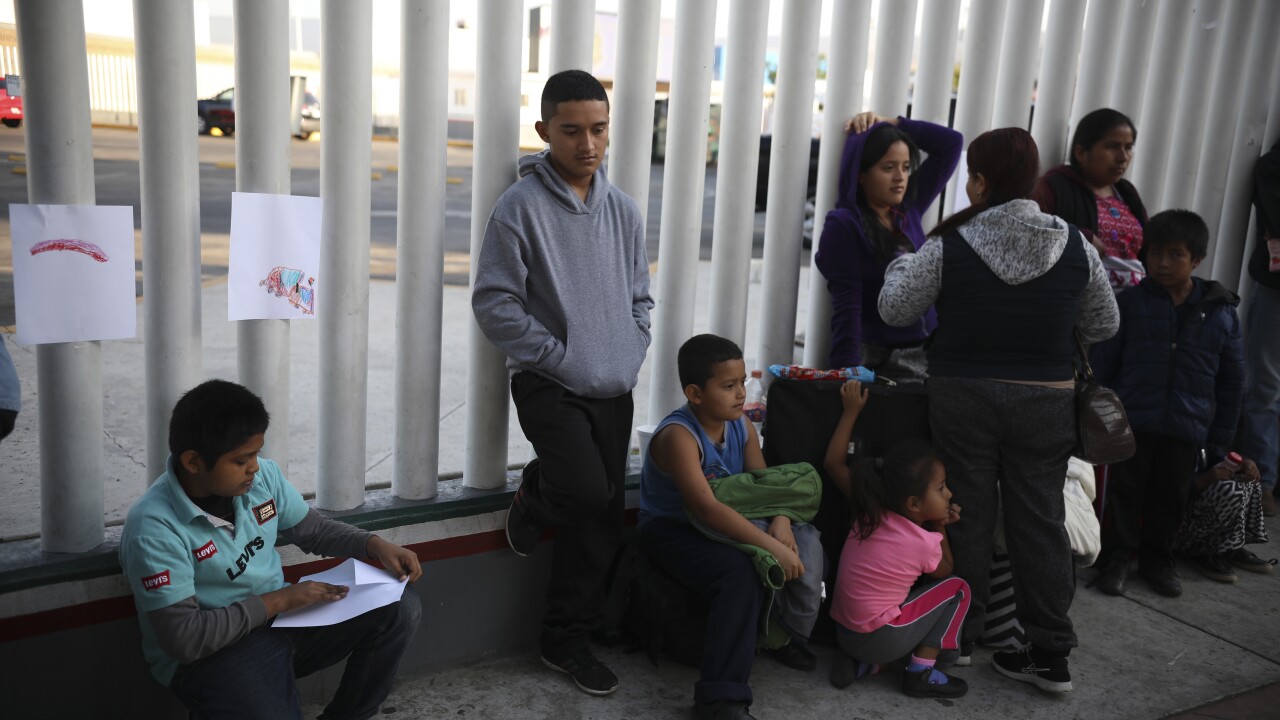 Emilio Espejel/AP
Central American migrants wait to see if their number will be called to cross the border and apply for asylum in the United States, at the El Chaparral border crossing in Tijuana, Mexico, Friday, Sept. 13, 2019. Dozens of immigrants lined up Friday at a major Tijuana border crossing waiting to learn how the Trump administration's radical new restrictions on who qualifies for asylum would affect the tens of thousands of migrants stuck on the Mexican border seeking refuge.(AP Photo/Emilio Espejel)

The Migrant Protection Protocol is also called "Remain in Mexico." It's been active in other border sectors for several months, and the Tucson sector is the last to see the protocol roll out.

In a unanimous vote, the Council voted to send a memorial in opposition to the policy to President Trump and Arizona's Congressional Delegates. They are also asking the federal government to provide the humanitarian aid funding that was approved by Congress.

The change in policy that went into effect last month, means the majority of migrants who are seeking asylum will no longer be housed or helped in Tucson.

Under the Migrant Protection Protocol, those in the Tucson sector will now be bused 300 miles to El Paso, where they will be taken back across the U.S.-Mexico border to Juarez.

Juarez has a reputation of being a dangerous city. The Trump Administration believes the Migrant Protection Protocol will restore an orderly immigration policy and slow down migrant caravans.

But Tucson City Councilmember Steve Kozachik says he's opposed to the new policy, and that there's nothing protective about the policy.

Kozachik has worked with nonprofits to help more than 35,000 migrants seeking asylum over the past few years. More than 20,000 were helped this year alone.

"The standards by which this country were formed, have nothing to with forcing asylum seekers to sit in unsafe conditions and wait for literally months and years for their hearing to come up," Kozachik said.

He says the Mayor and Council wants the Trump Administration to know that the city and county officials who have been helping the migrants for years alongside nonprofits and volunteers, are capable to continue doing so.

"We've got volunteers by the hundreds," Kozachik said. "We're still taking donations in my office, and we're ready to treat these people in a humane way."

"The Migrant Protection Protocol is a policy that does not provide protection to these most vulnerable people and in fact has placed them in significant danger in cities that cannot adequately assist them," Bishop Edward J. Weisenburger said in a statement.

The policy does not apply to children traveling alone, pregnant women, or people who are sick or disabled.