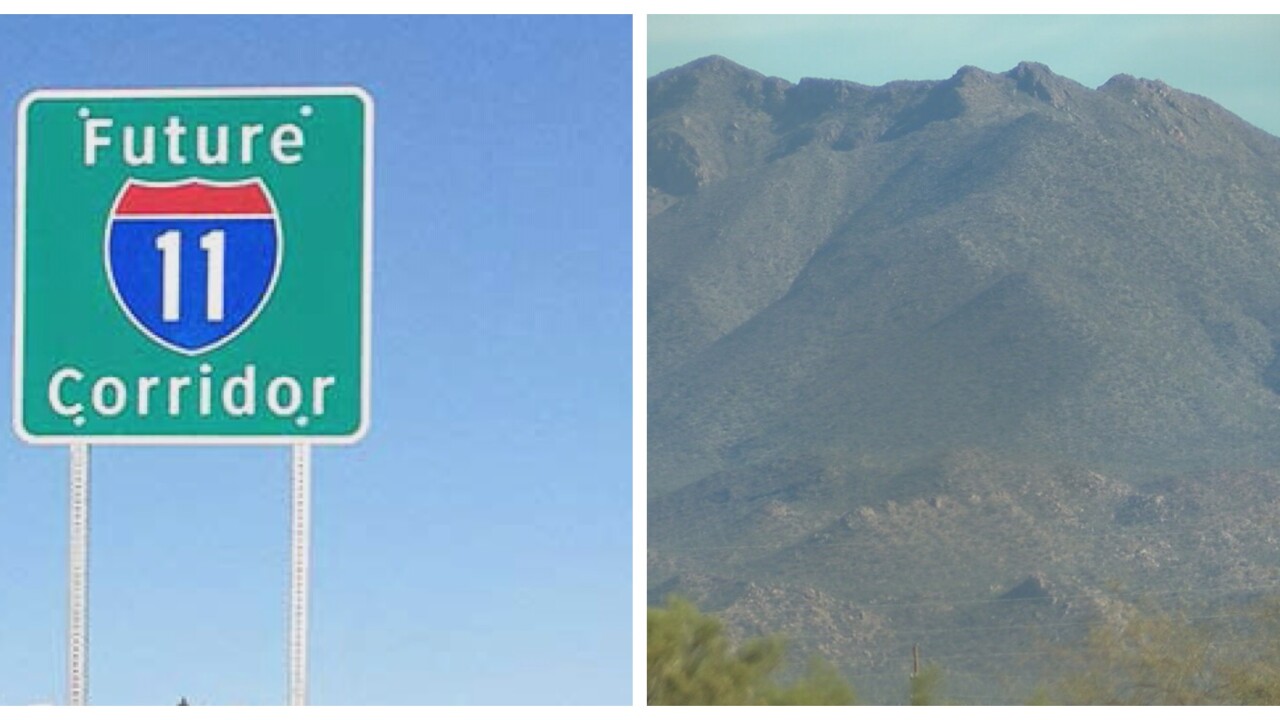 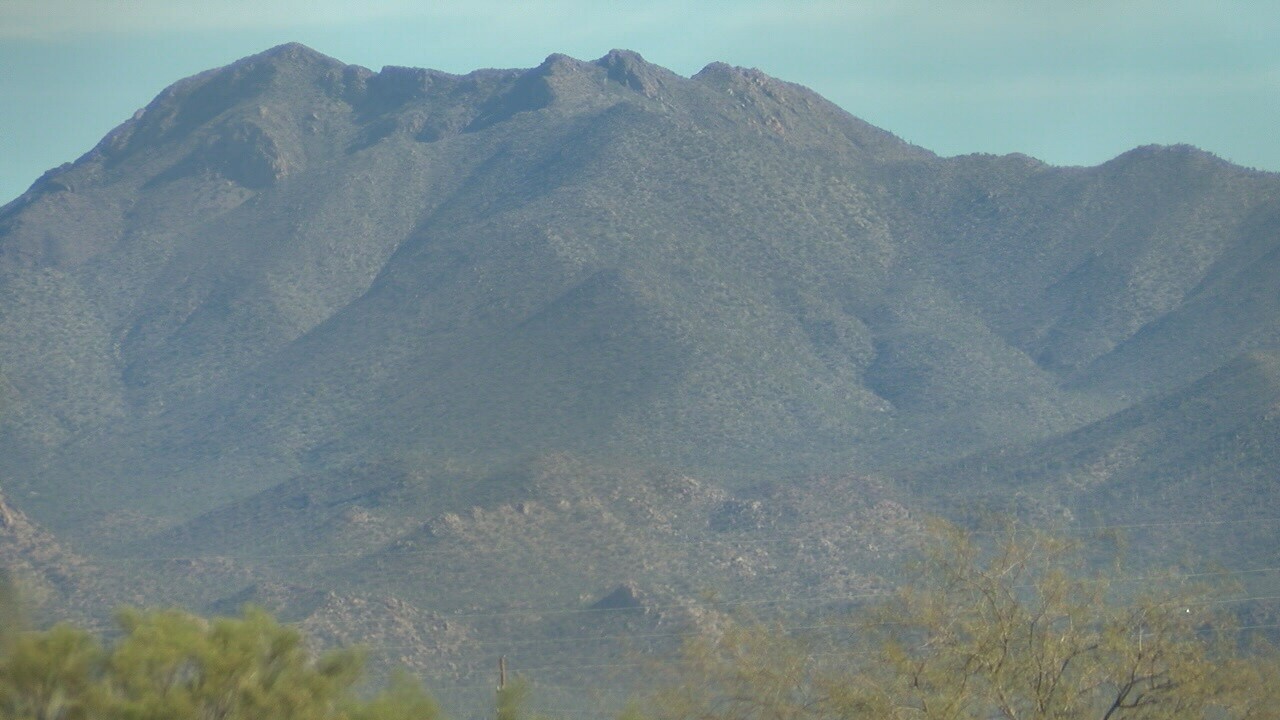 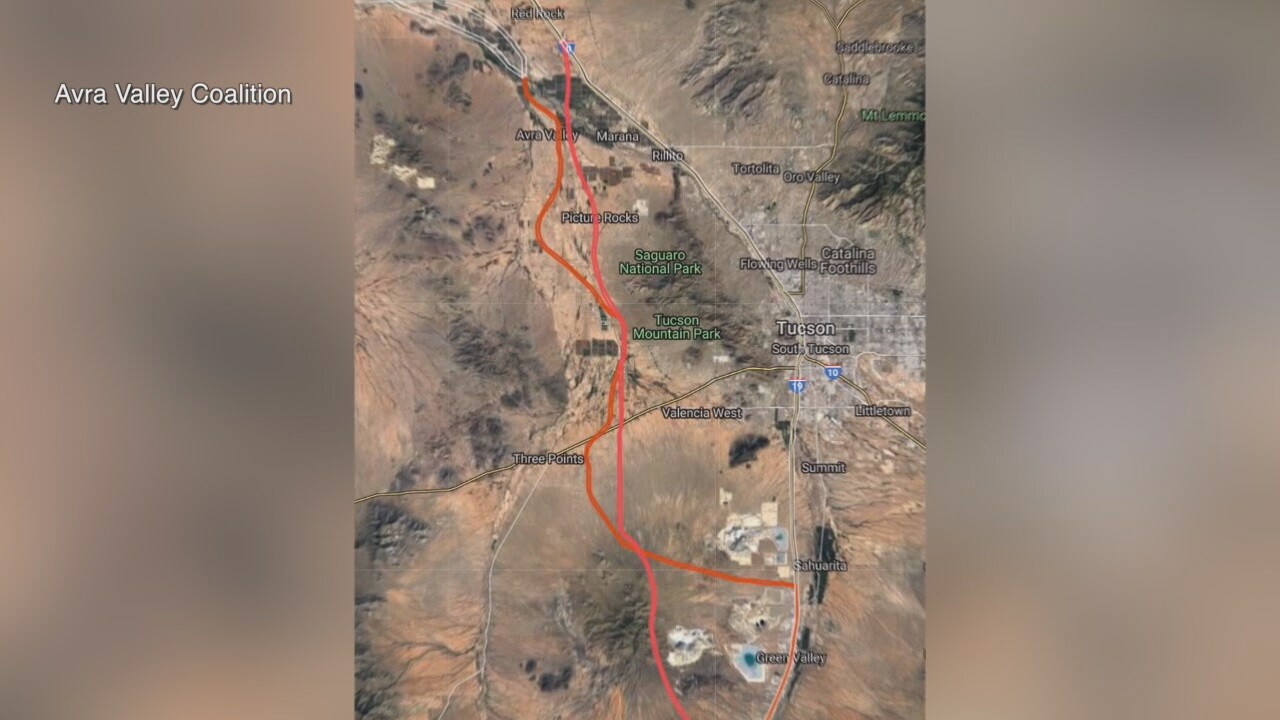 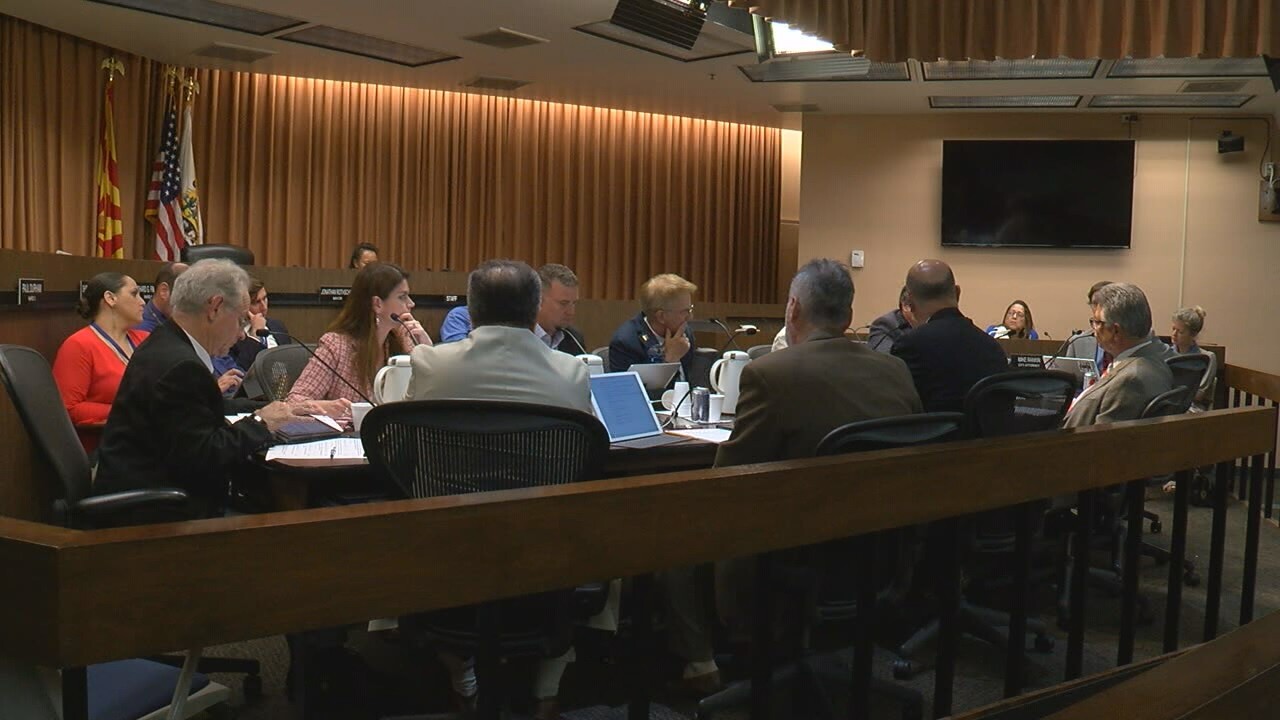 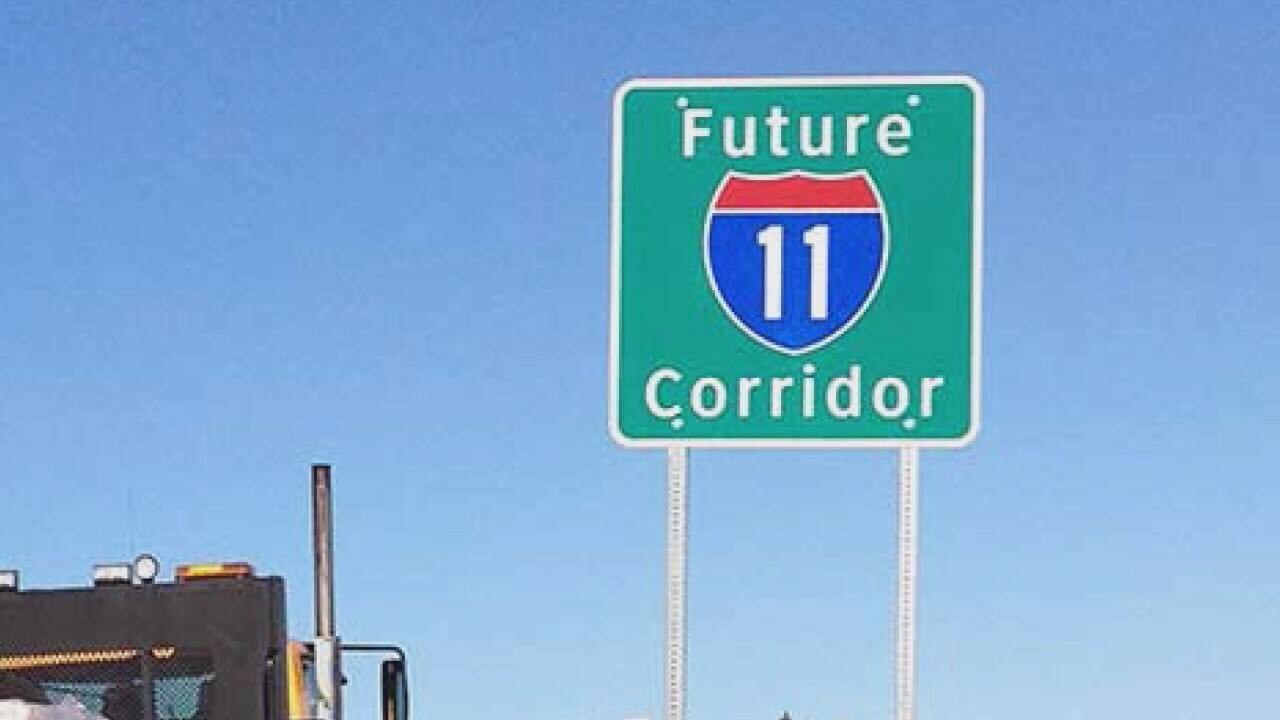 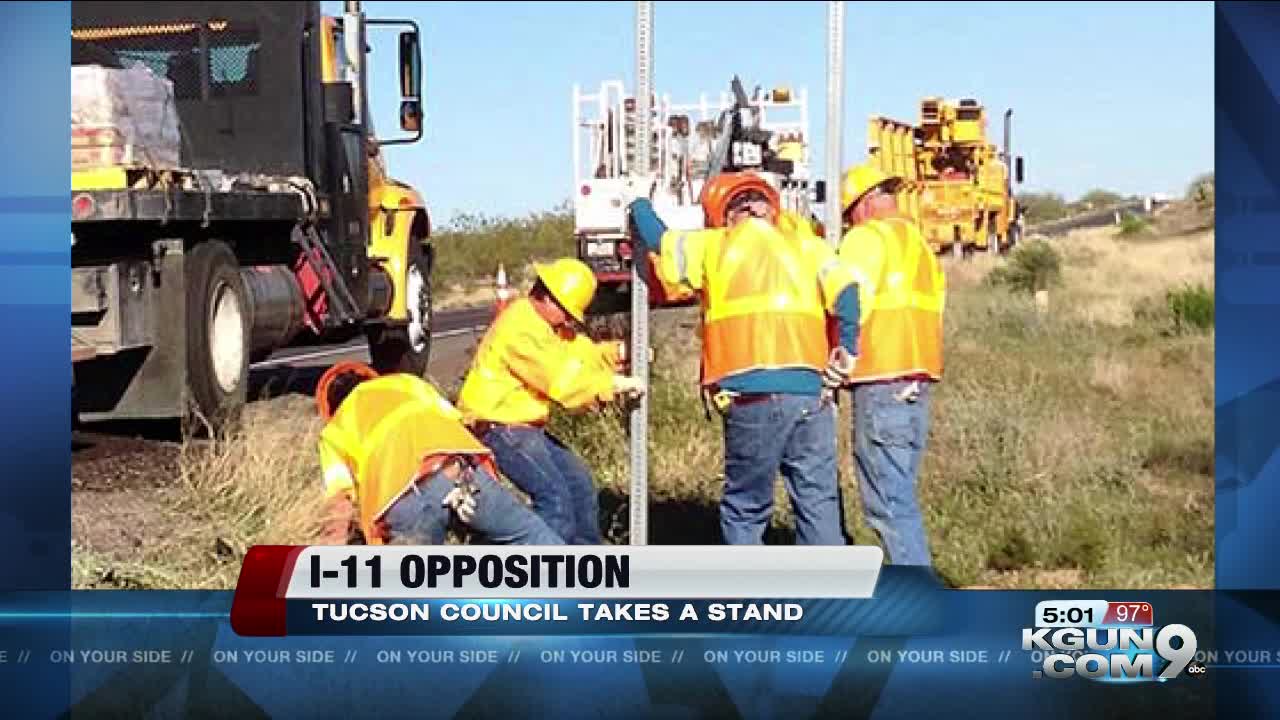 TUCSON, Ariz. - It's a plan for a major new interstate that would move more truck traffic -- right through a sensitive desert area where residents are lining up against the plan.

Now the Tucson City Council says it wants to stop I-11 too.

Most of Avra Valley is a quiet, natural desert area. But the Arizona Department of Transportation is considering running a new interstate--I-11 through Avra Valley in an effort to move more traffic, especially commercial truck traffic.

Diane Call is a member of the Avra Valley Coalition but we met her on the edge of I-10 which she sees as exactly what she does not want near her home.

"Well it's ludicrous because we already have this (a major freeway). And the reason why myself, my partner and a lot of other people moved out there is so that we could live in a place that was free of one, the noise, the traffic, the pollution, all of that--a rural lifestyle."

Wednesday afternoon ADOT released which you can read in full at the bottom of this story. It basically says ADOT and Federal transportation officials are giving equal consideration to building, or not building the project and there is much more study and collection of public input to be accomplished.

Business organizations say I-11 would help the economy boom by being a faster, less congested connection for commercial cargoes to move from Mexico, across the West and even to Canada.

But opponents like the Tucson City Council see a different economic angle, the idea that I-11 would let loads of drivers ---and their business---bypass Tucson, its businesses and it's re-awakened downtown.

Ward 6 Councilmember Steve Kozachik says, "We don't need to ruin the environment west of the Tucson mountains in order to number one, increase capacity and number two keep the economic benefits in the city of Tucson."

Kozachik says if you need to move more traffic why not expand I-10--an Interstate that already exists.

Carolyn Campbell of the Coalition for Sonoran Desert Protection says the proposed route for I-11 has to draw a fine line to avoid sensitive lands.

"There wasn't much of a choice for them if they wanted to put a bypass to avoid federal and county parks. So now they're taking out homes. They're going across city of Tucson, water supply lands, etc, etc.”

And she says there's still plenty of potential for the effect of the freeway to spill out onto the lands it runs through.

ADOT is collecting public comment on the I-11 plan until July 8. You can add your comments at this link .

The Arizona Department of Transportation and the Federal Highway Administration are equally evaluating the Build and No-Build Alternatives as part of the Draft Tier 1 Environmental Impact Statement for the proposed Interstate 11. This robust study process must carefully follow National Environmental Policy Act requirements, which includes a comment period and process for the Draft EIS.

As a Tier 1 Environmental Impact Statement, I-11 is a concept far from construction. No funding has been identified or proposed to move to Tier 2 studies on any segments of the corridor. Those Tier 2 studies would identify specific alignments for a roadway, within a selected build-corridor alternative. This type of long-range planning -- helping to determine what, if any, transportation solutions are needed to meet future demand -- is necessary to assess next steps in the future to support mobility and assess possible impacts.

The Draft Tier 1 Environmental Impact Statement will be refined based on the public, local government, federal resource agencies and tribal comments received. All questions and comments received during the 90-day comment period will be addressed in the Final Tier 1 Environmental Impact Statement. We hope to hear from as many people as possible before the July 8 comment deadline. More information on how to comment is located at www.i11study.com/Arizona .