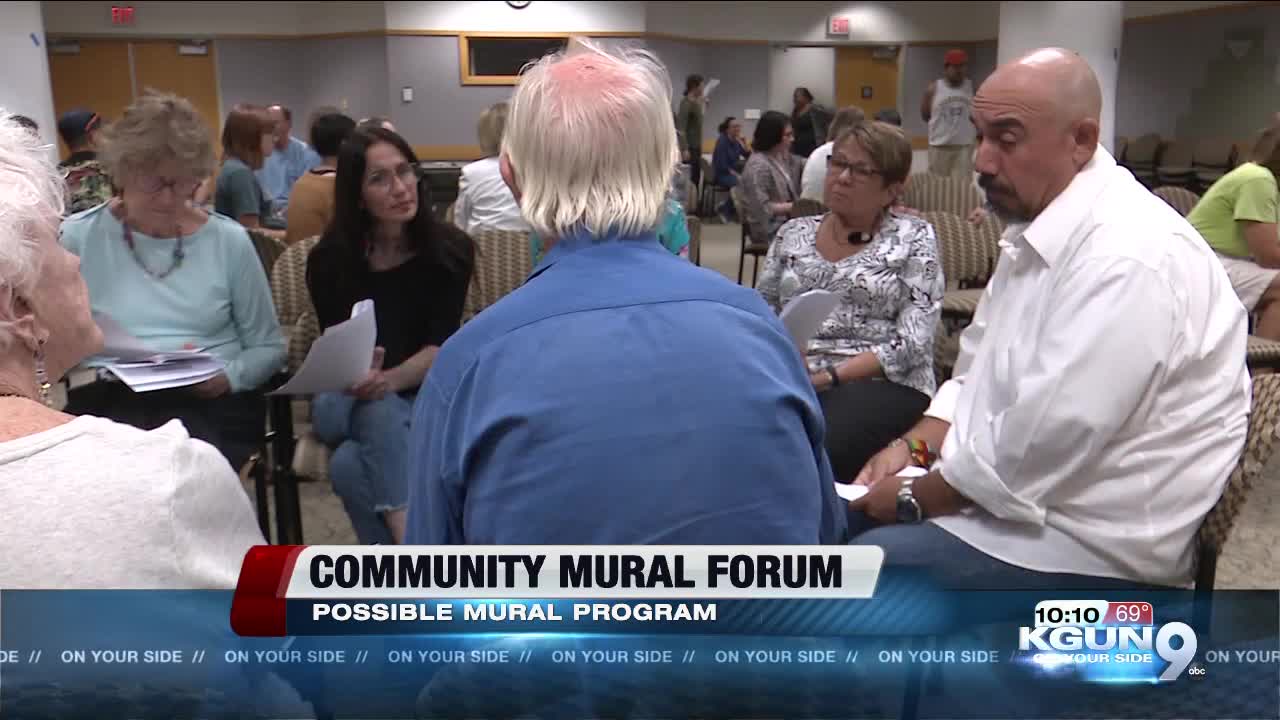 A local group is trying to get community support to start a year long mural program in Tucson.

TUCSON, Ariz. - A local group is trying to get community support to start a year-long mural program in Tucson.

The Tucson Arts Brigade said the City of Tucson and the community have been giving a lot of support to the murals around town over the years. The group wants to use that support to put together a citizen's task force to put this mural together.

"People just love these things, so we know that there is the economic impact, the social impact, the cultural impact," said artist Michael Schwartz. "It's time to make this a year round program."

The city currently has over 300 murals around town. Schwartz said Tucson is one of the birth places for the community mural movement.

"Make it something (the mural program) that the citizens of Tucson own," Schwartz said. "It's not just one person, one organization, but actually make the city of Tucson mural program that would be robust."

RIGHT NOW: Tucson Arts Brigade is holding a community mural forum for the everyone to come discuss with muralist on the future of the mural program in Tucson. @kgun9 pic.twitter.com/x75jDQ7sma

Six local mural artists spoke at the forum to tell the stories of their paintings. One of the artist said the story behind her mural is a representation of the community.

"Within a public mural, they can look up and see people who look like them," said artist Rachel Rios. "They can see imagery that directly correlates with the environment that they're in. The cactus, the hummingbirds, the sunset and see themselves within it."

Rios said she thinks a year round art mural program would be good for the city.

"I feel like public art is something for everyone," Rios said. "Everybody gets to have a piece of it, and when there are things like the mural program that exist, it makes it accessible to all people."

She said she grew up in Tucson, and the murals she saw around town inspired her own work. She hopes to continue to see more stories illustrated around town.

If anyone wants to join the citizen's task force, they're encouraged to reach out to the Tucson Arts Brigade.