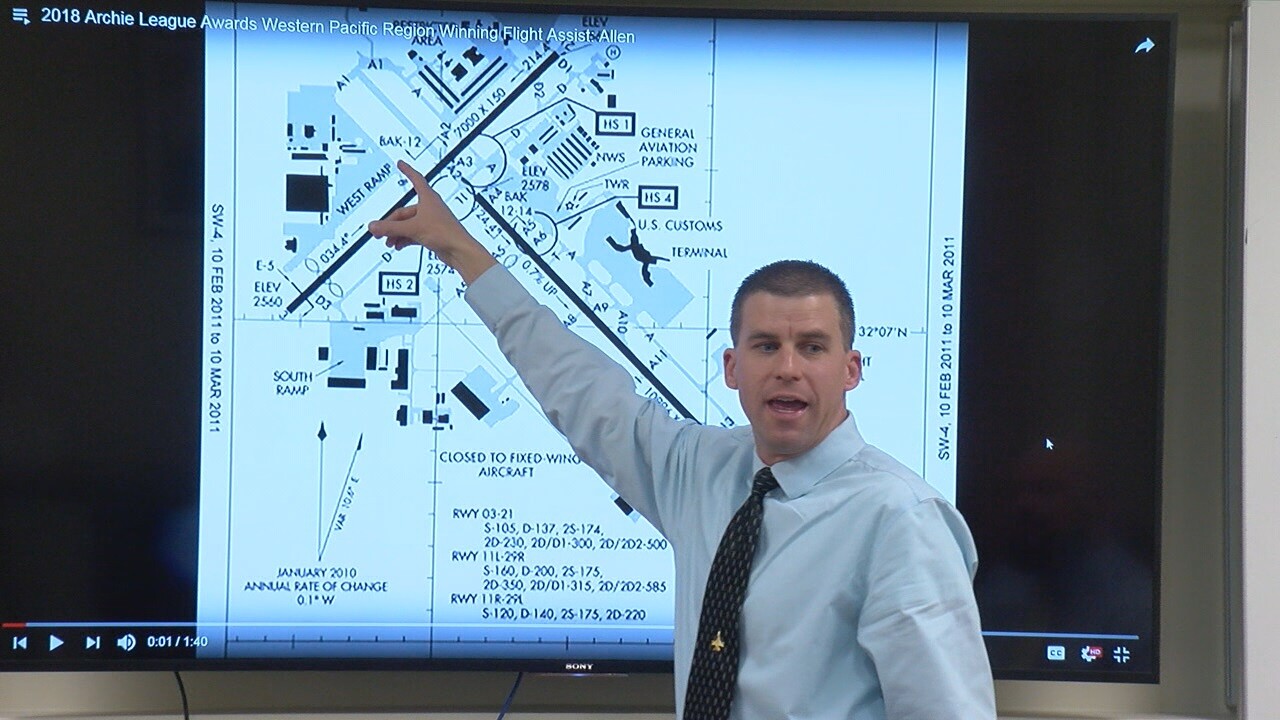 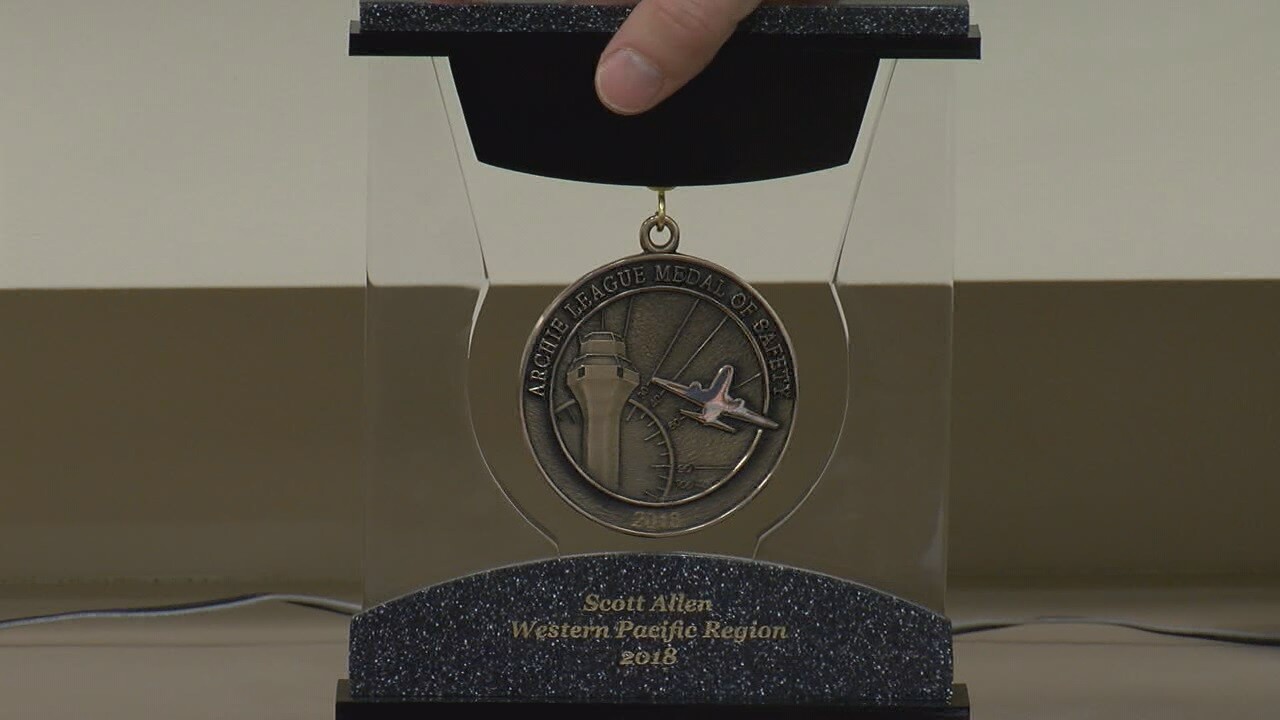 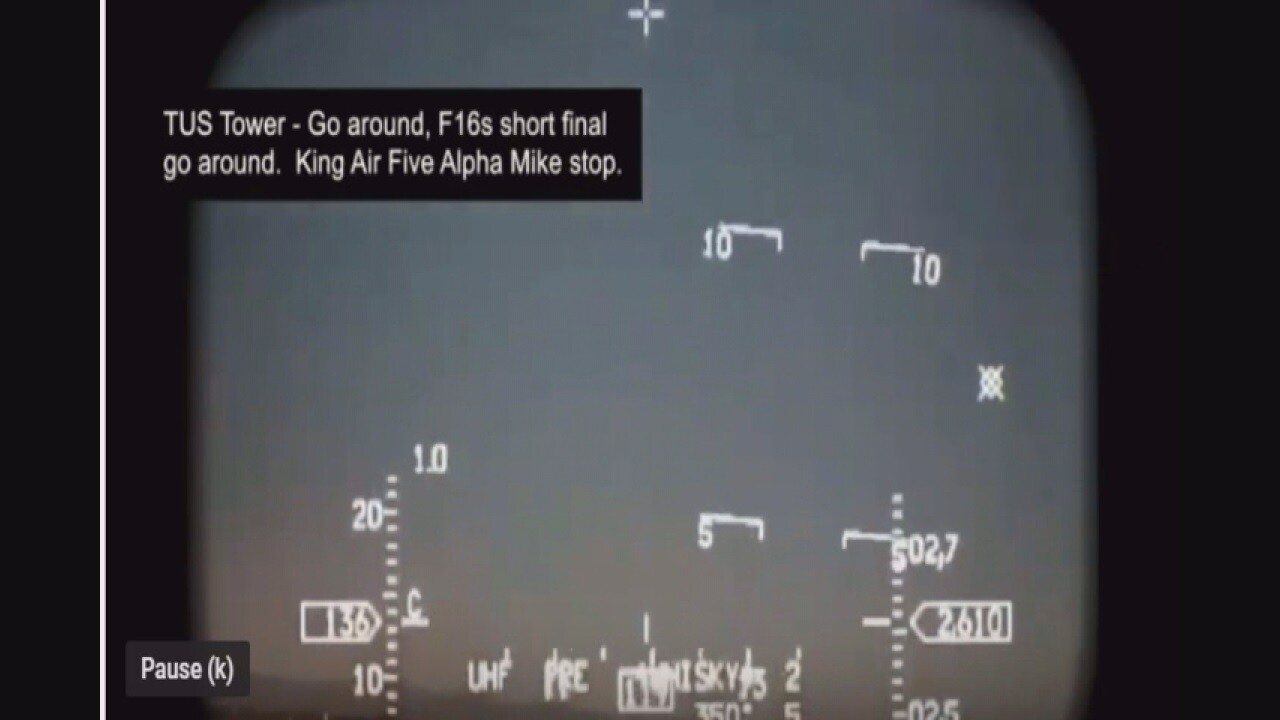 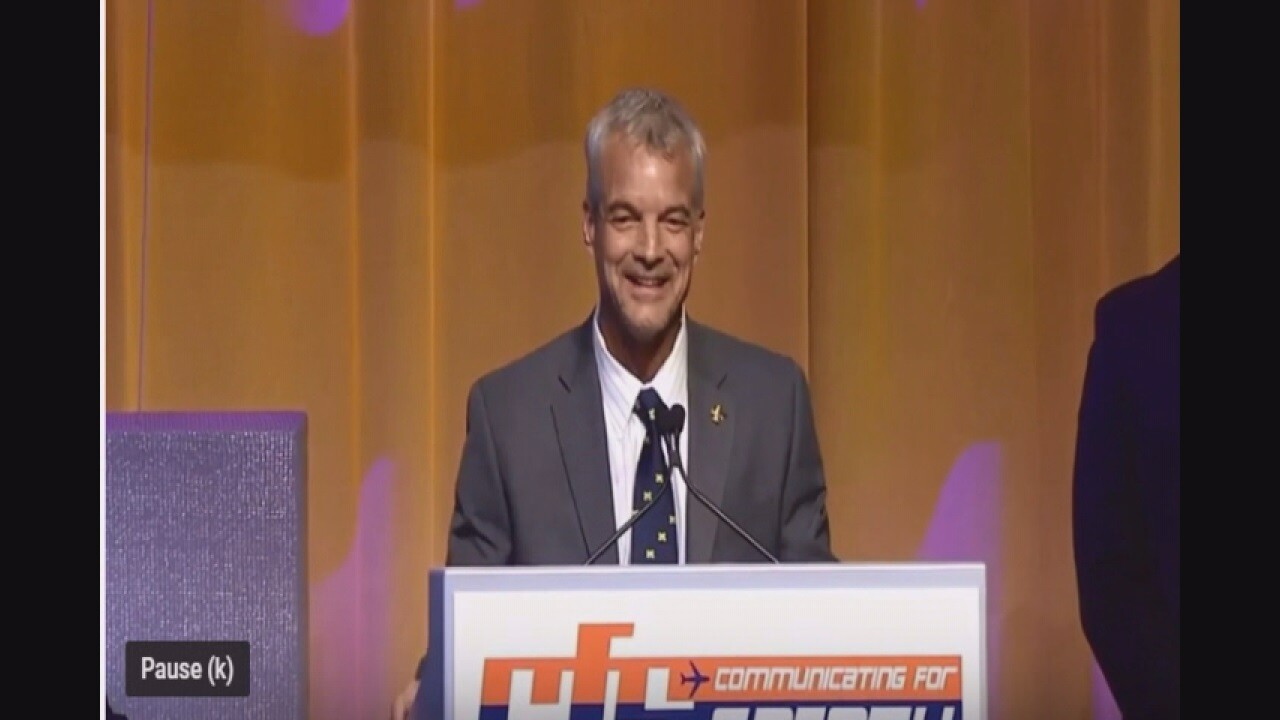 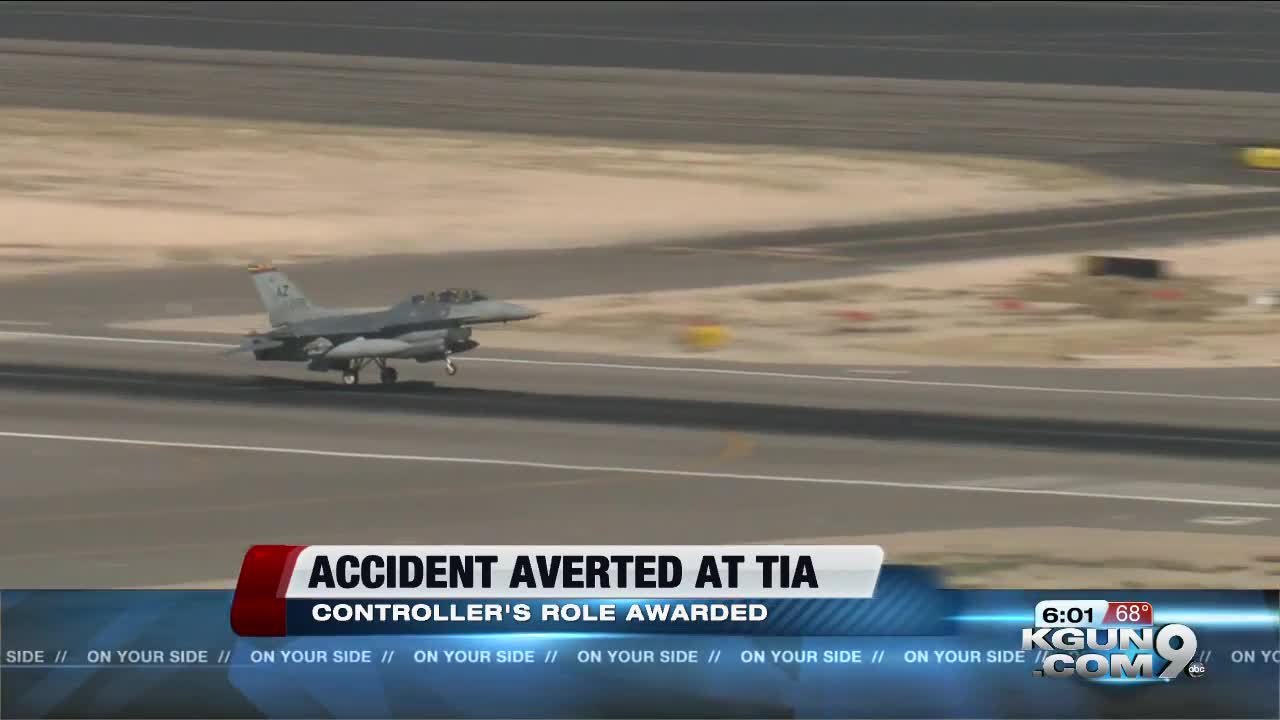 TUCSON, Ariz - Airports are getting busier now as the holiday rush accelerates. So air traffic controllers will be essential for safe flights.

When you travel you probably don't give a whole lot of thought to what goes on in that control tower but we're going to tell you about a day when a quick thinking controller headed off a disaster.

At Tucson International, air traffic controllers cope with a challenging mix of fast and slow aircraft--- airliners, private planes and F-16's from the Air National Guard.

In November of last year there was an added challenge: construction forced pilots to use unfamiliar parts of the runways and taxiways.

Air Traffic Controller Scott Allen told the pilot of a private plane called a King Air to stop short on a taxiway so he would not roll across the main runway.

On the radio, Allen says, "King Air Five Alpha Mike pull up past Runway One One Right. Hold short runway One One Left."

But the pilot of the King Air slipped across the runway just as an F-16 with a civilian instructor at the controls was about to land at almost 200 miles an hour.

The F-16s on-board camera quickly shows nothing but sky as the pilot slams open the throttle, and climbs for his life.

Scott Allen says his call was a matter of experience and training honed into reflex.

"I've just got to think what's the safest thing to do. Send around the F-16 and luckily we had enough power in the F-16 to go around and an accident was avoided that day."

The F-16 pilot, retired Lieutenant Colonel Kurt Tek says he was so close he could see the other pilot.

The man Scott Allen saved was speaking to the National Air Traffic Controllers Association because Allen was awarded the Association's Medal of Safety for his quick, life saving call.

He's grateful for the medal but even more for his meeting with Kurt Tek and his wife.

"They said, 'Hey, thank you'. And his wife said, 'Thank you, my kids say thank you,' and that was the real thanks."