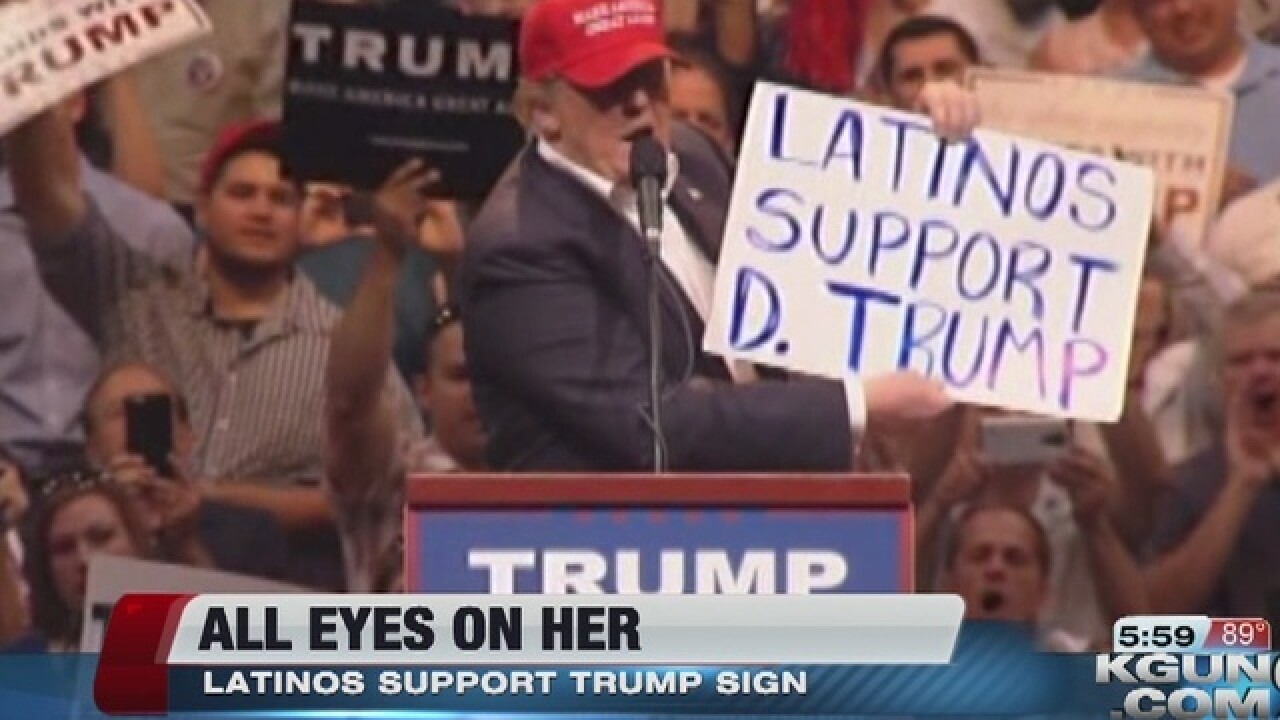 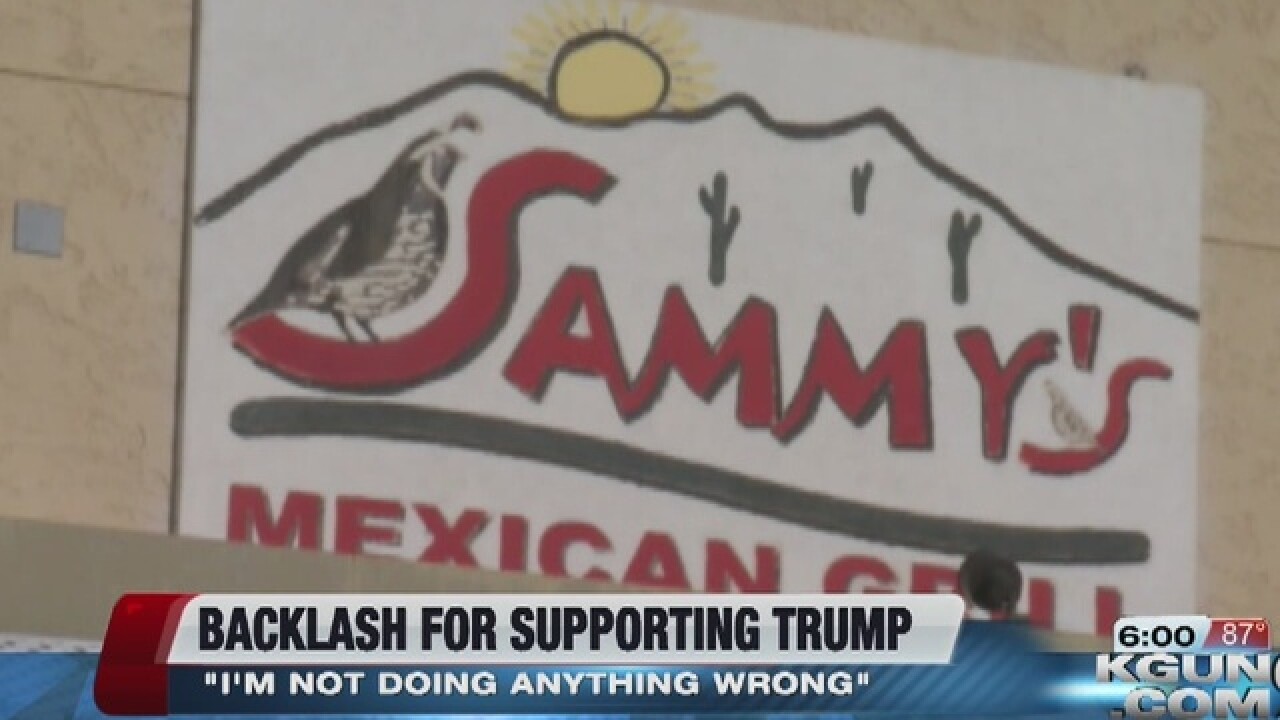 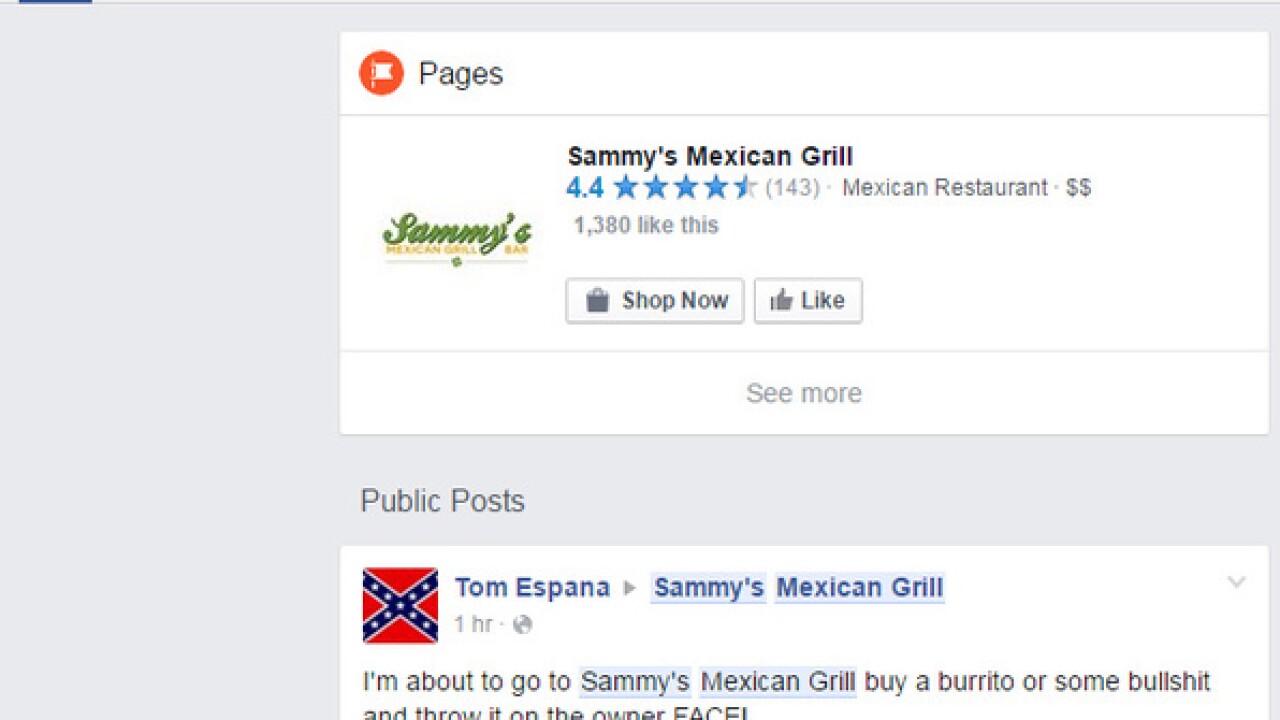 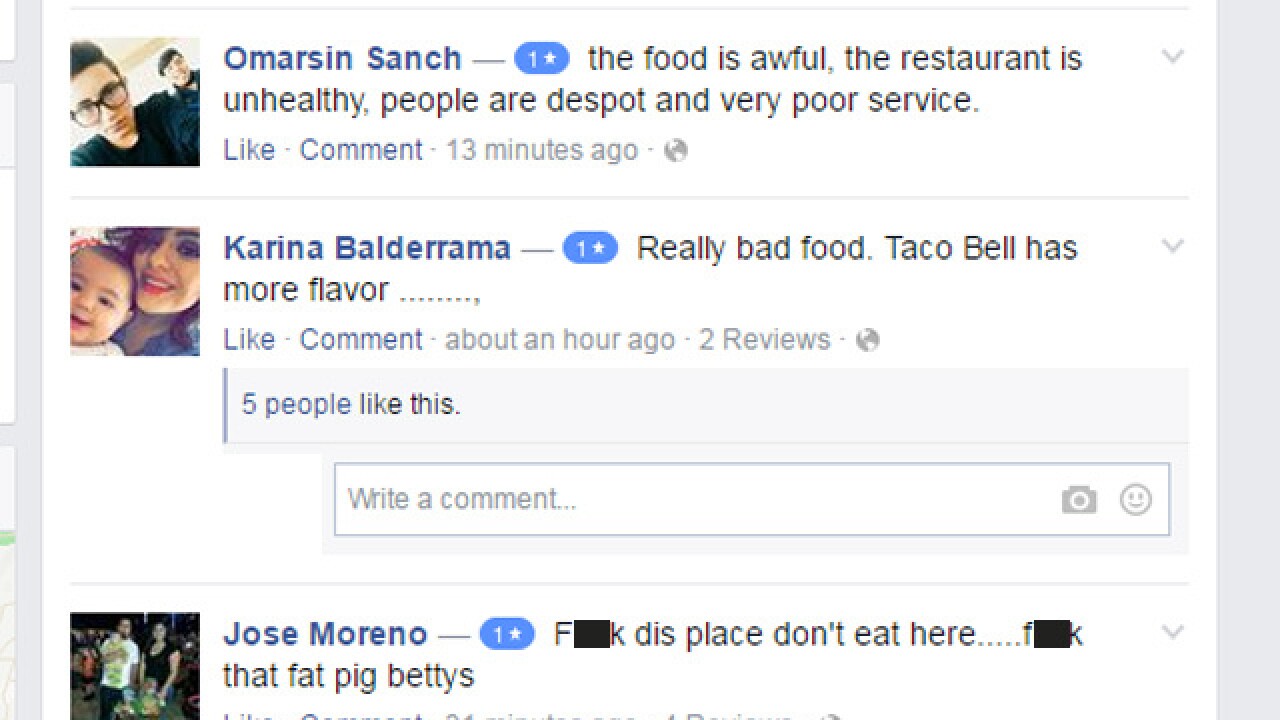 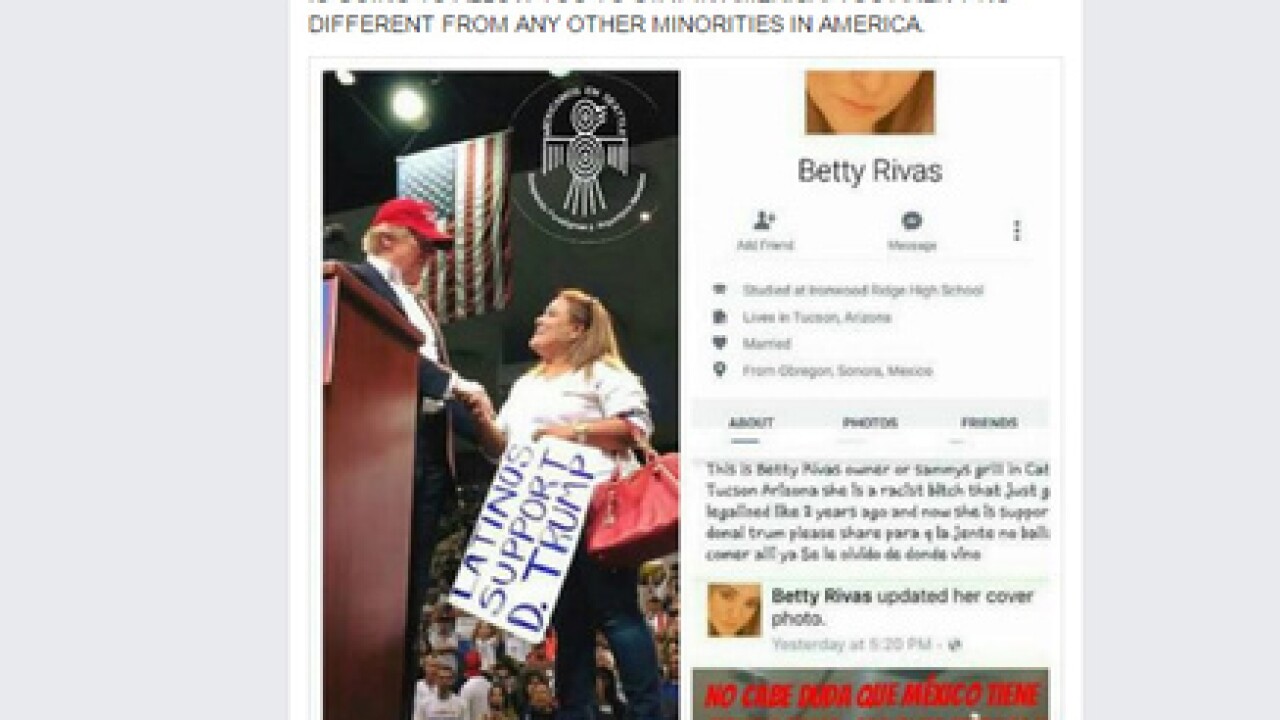 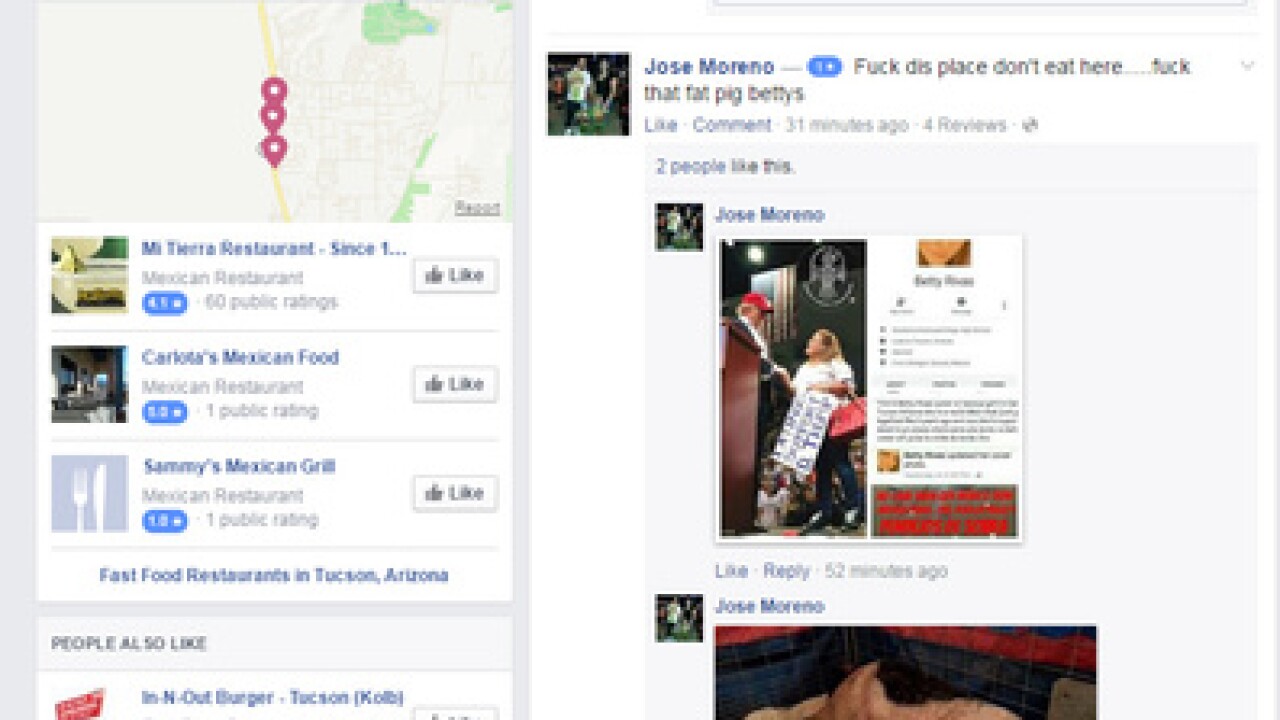 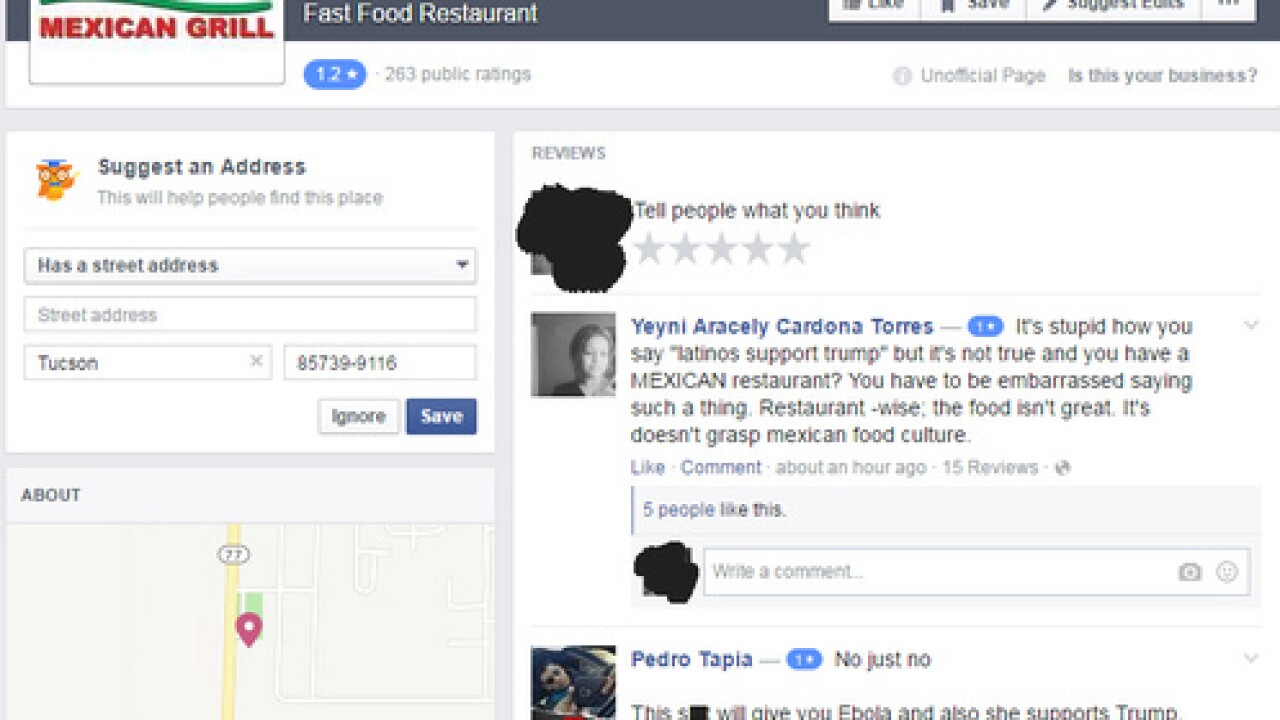 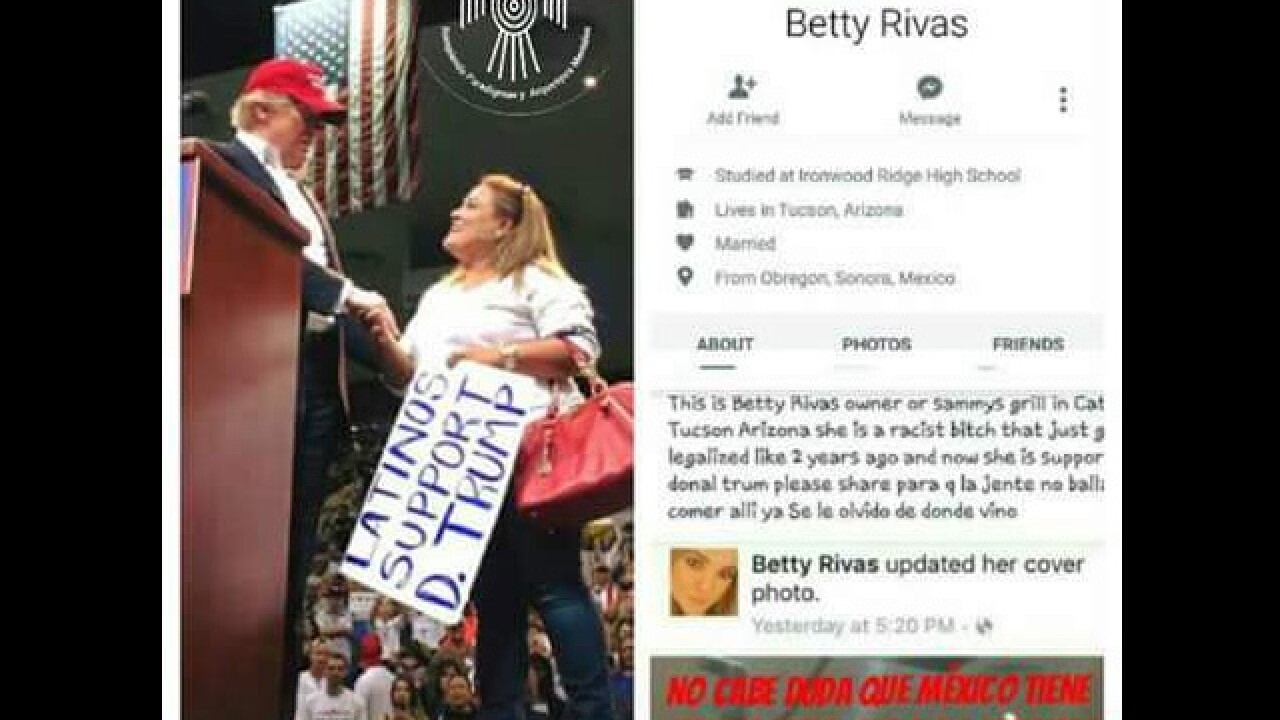 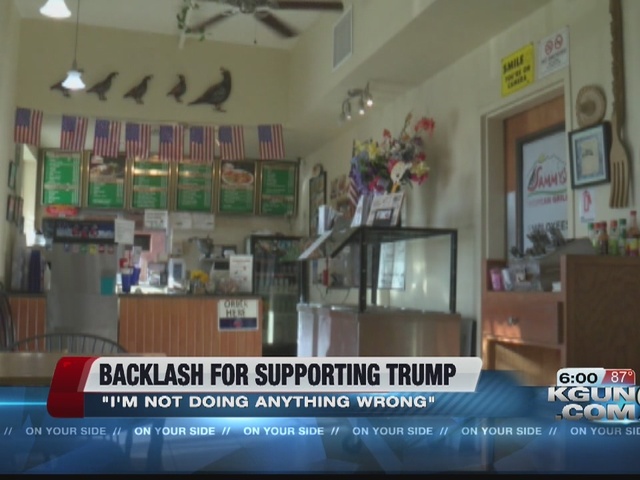 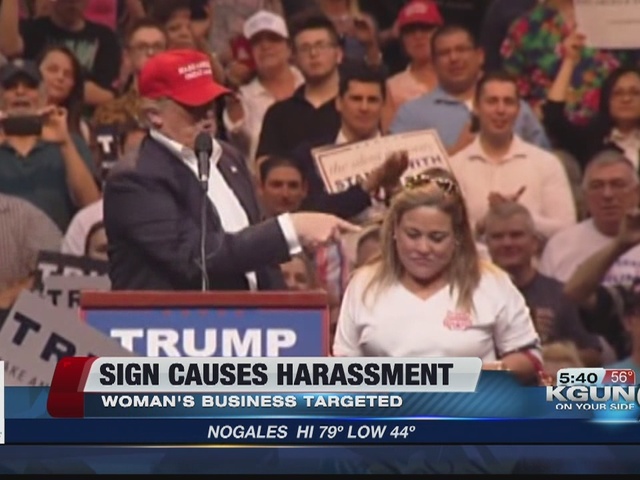 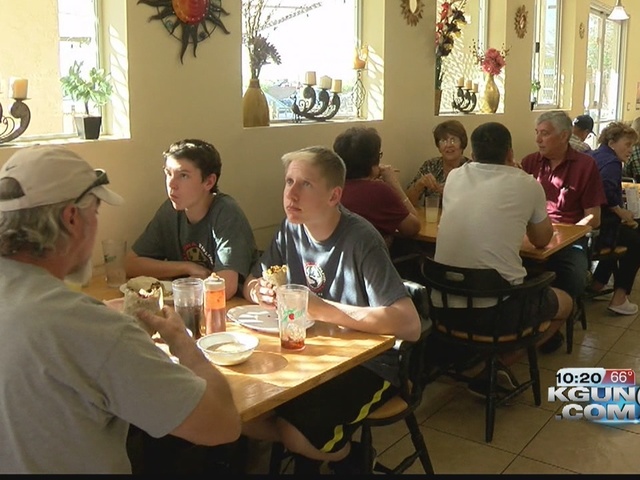 UPDATE: KGUN9 On Your Side went back to visit Sammy's Mexican Restaurant in Catalina after our story aired and the Rivas' family said on Tuesday, they have now become overwhelmed with showings of support.

But, instead - the flood of customers came for more than just the food. Customers like Rhonda Mikuski - who said, she's been to the restaurant before, but made a special visit today.
"We just wanted to come by today - more or less -to just show our support that America still exists," said Mikuski. "People have the right say what they want to say without being threatened."
Harry Edmondson said he heard about the drama through the news and Facebook and he felt the need to come by.
"I don't want her to fail because some people... are meaning to shut free speech down," Edmondson said. "So, I'll support her"
But, Rivas said, she did not exercise her right to vote today, saying she was too busy and had not come to a decision on a candidate yet.
"No, I'm still thinking," Rivas laughed.
**************************************************************

TUCSON (KGUN9-TV) - It has been two days since she took center stage, next to the GOP front runner Donald Trump in Tucson.

Ever since she showed her support for the billionaire, she has been harassed at her business.

Before thousands of eyes were on her Saturday afternoon, Trump spotted not her, but her sign which read "Latinos support D. Trump."

While KGUN9 was inside Sammy's Mexican Grill, the phone rang several dozen times, many calling Betty Rivas and her family racists, vulgar names and threatening their business.

Betty Rivas and her husband Jorge - own the restaurant in Catalina, and she posted a photo of her and Trump on stage on her own Facebook page.  But, she says some of her friends must not have agreed, sharing the post and putting her family business at the center of this controversy.

Many of the Facebook posts we came across today were vulgar in nature. We captured screenshots of several that were later deleted from the Sammy's Mexican Grill Facebook page. They can be viewed above in the media player.

But, Rivas told KGUN9, she's shocked at all the controversy this sign has created because - she took a similiar sign to the Bernie Sanders rally in Tucson. That's right - she has not even decided who she is going to vote for.

Despite all the drama though, Rivas does not regret making that sign and going on stage at all.

The Pima County Sheriff's Department visited the restaurant and now has an open investigation.

Thousands of Trump supporters, protestors show up for TCC Rally