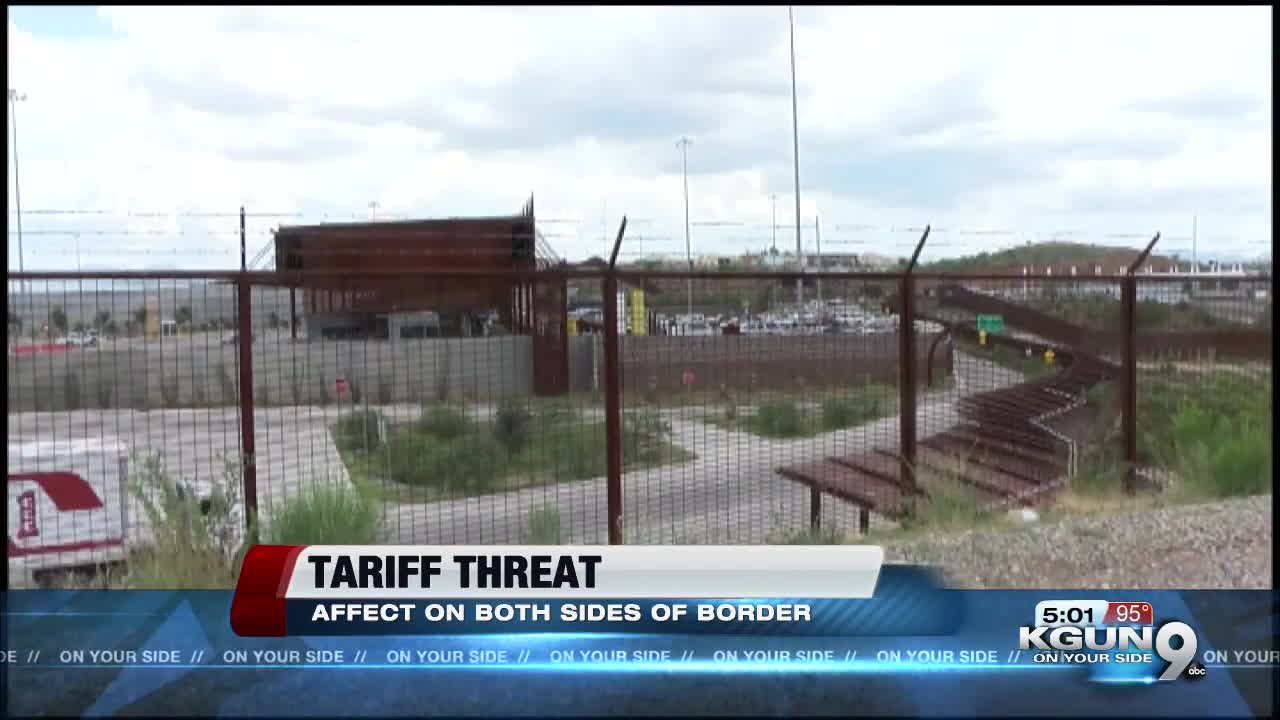 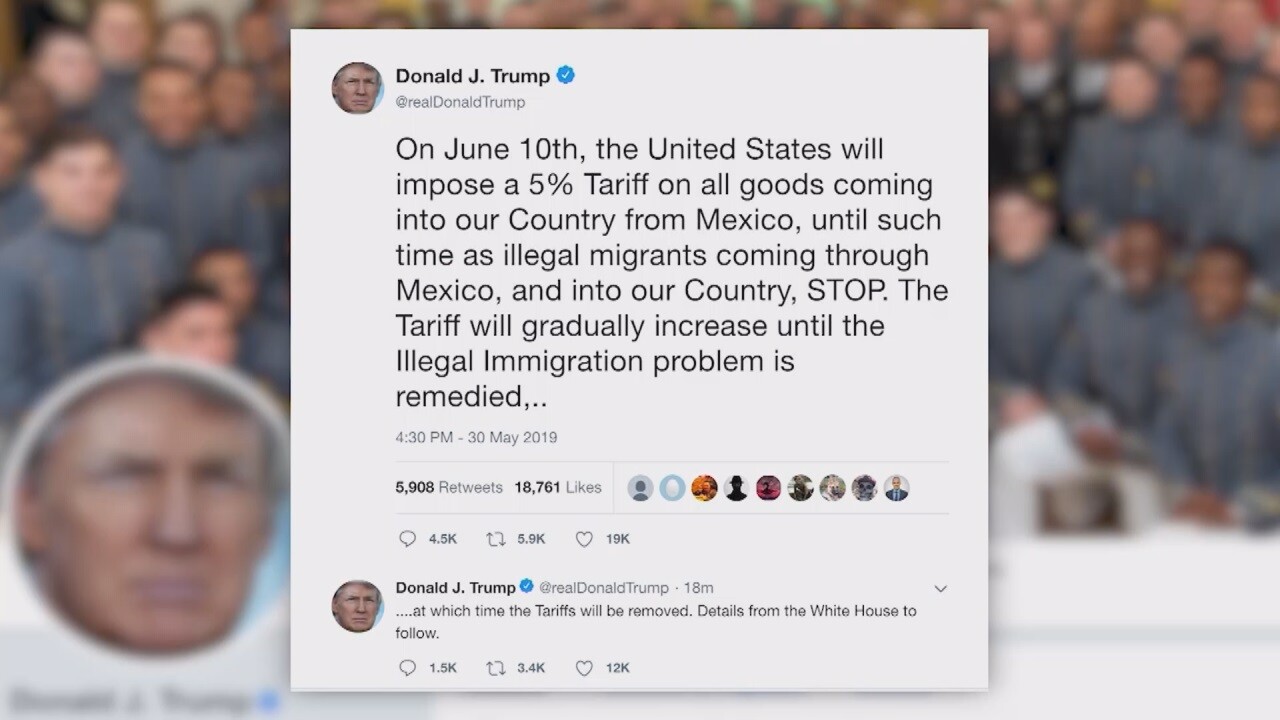 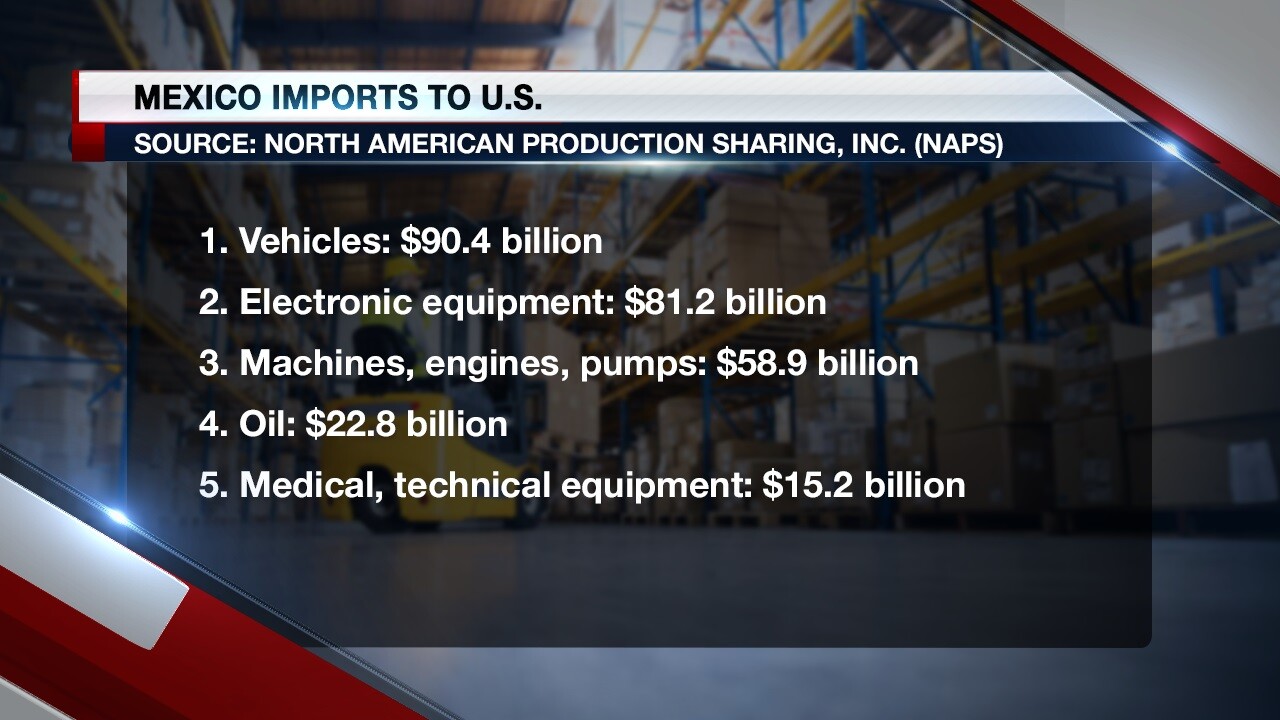 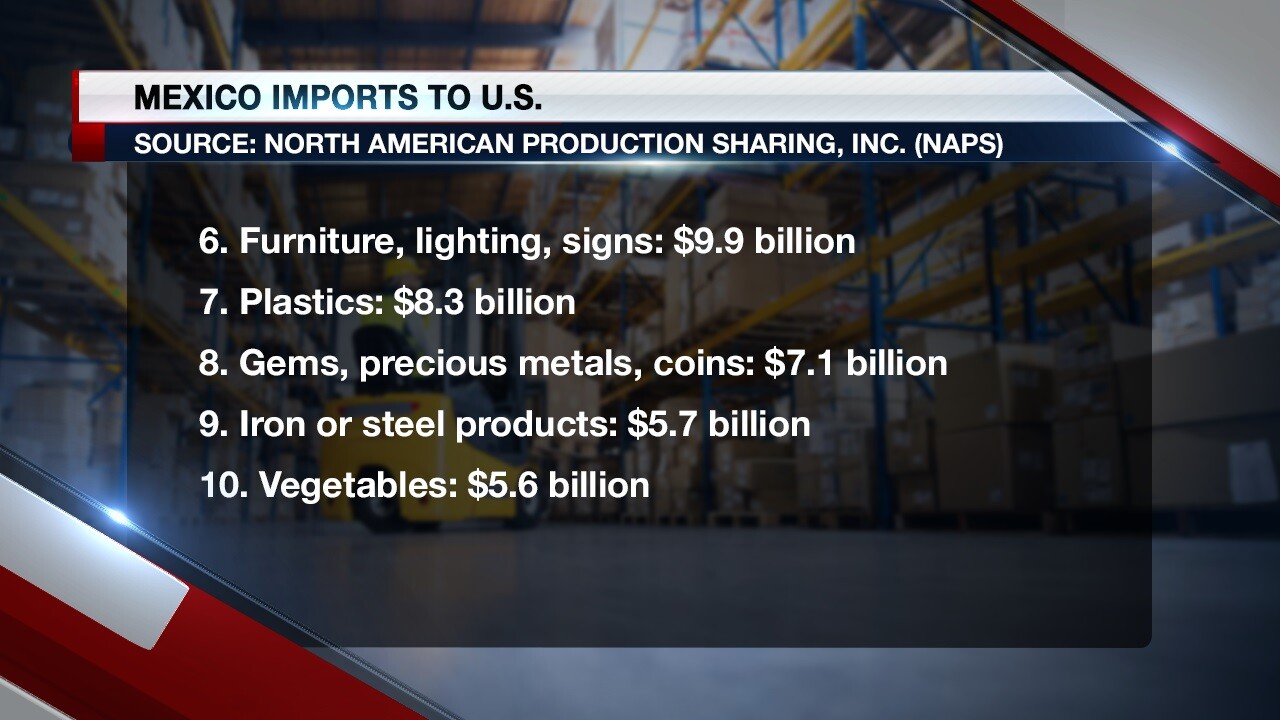 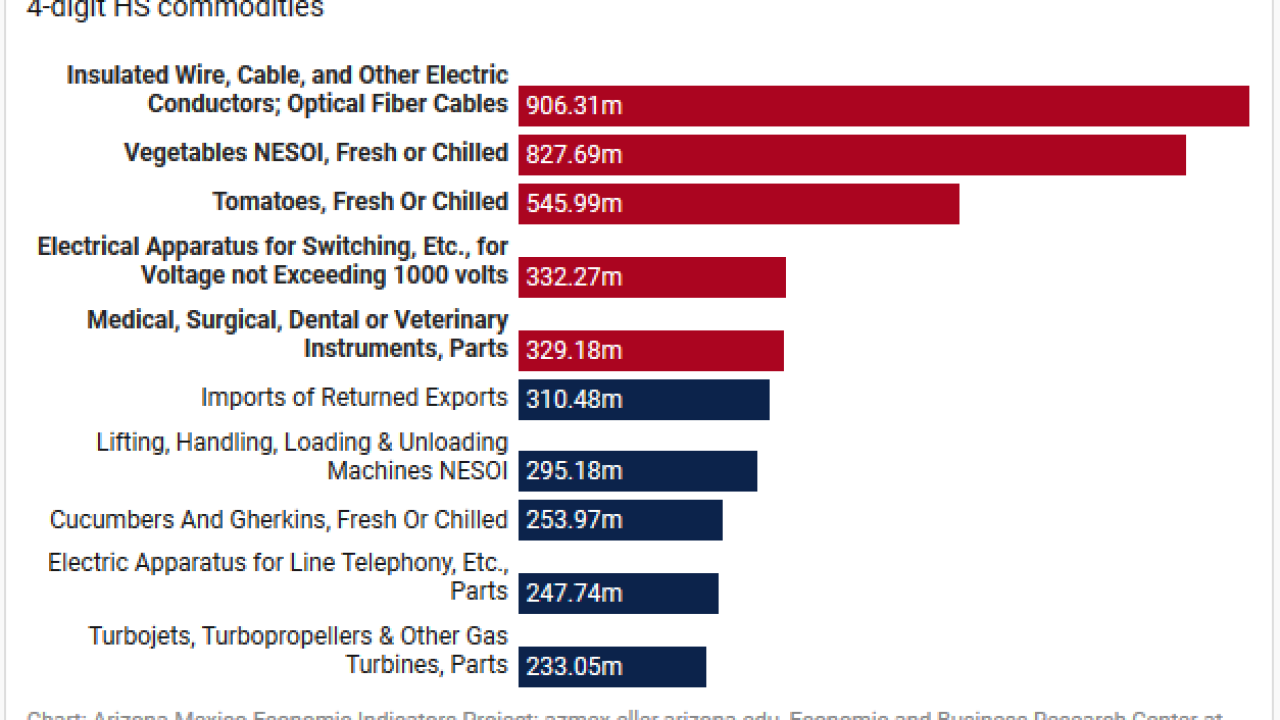 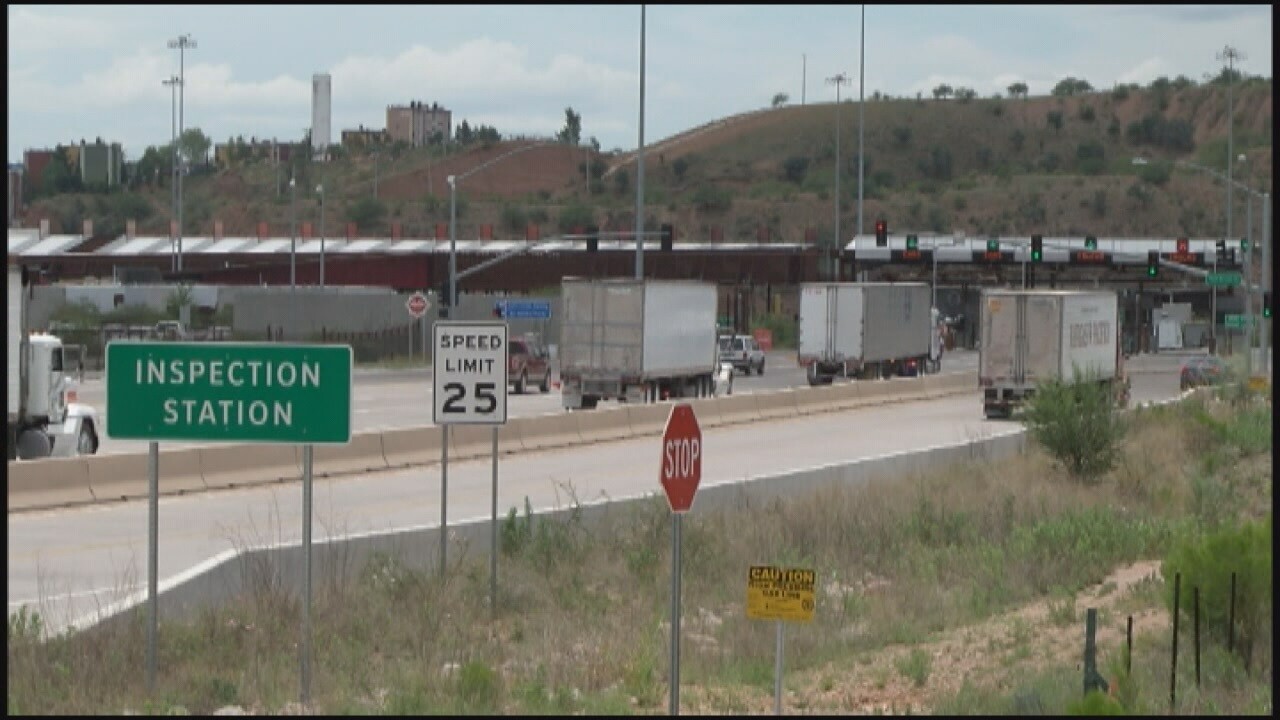 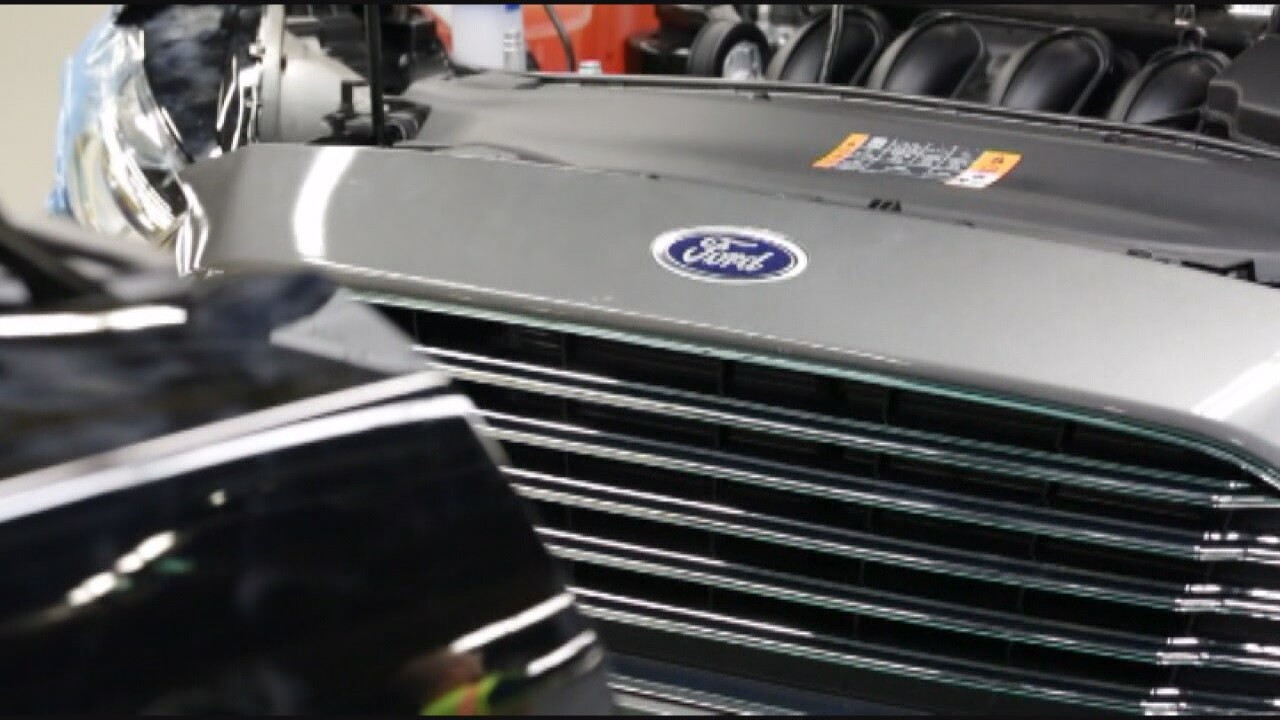 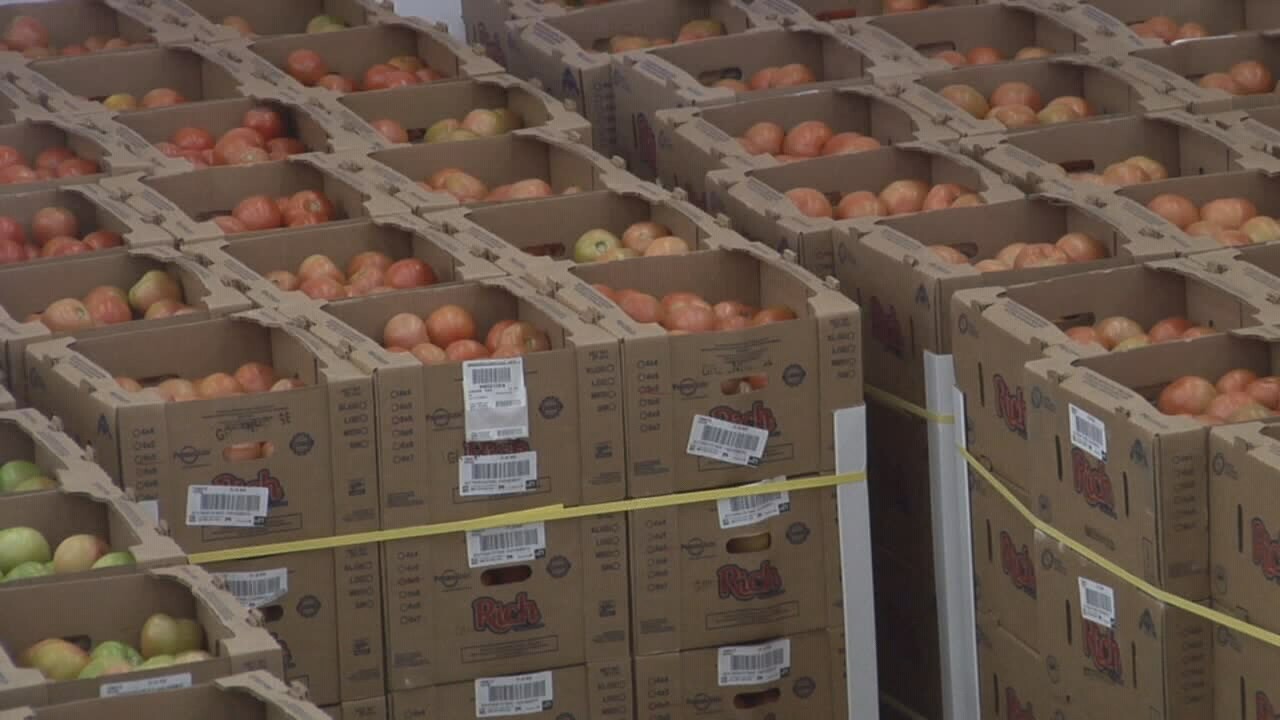 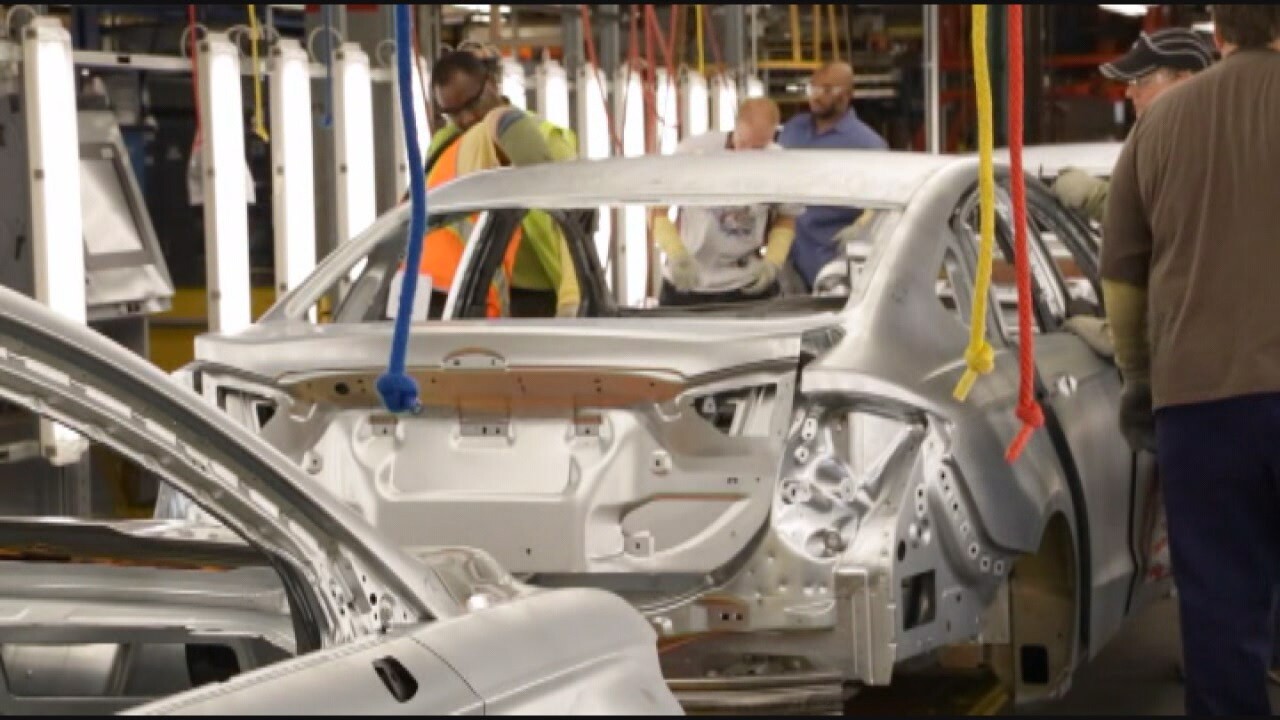 TUCSON, Ariz. - If the President's tariffs to pressure Mexico on immigration do kick in they could put a lot of pressure not just on Mexico but on our economy in Southern Arizona.

Our local economy has such close ties to Mexico tariffs could raise prices and knock down jobs here.

When people think of Mexican imports they often think of the fresh fruit and vegetables.

That business is huge, but it's part of a larger border economy where car making, electronics, a wide range of manufacturing, and mining are just a sample of the industries and drive billions in business in Mexico and Arizona.

University of Arizona’s Eller College of Management does extensive research on the economic links between Arizona and Mexico. Its research shows in March 2019 along Mexico imported more than $946 Million in goods into Arizona.

Through his company Javid LLC, Richard Ruben helps a long list of companies operate factories in Mexico and bring their products here.

He says most of the companies have a factory in Mexico and a factory in the U.S. Components move between them to make a completed product He says if tariffs ruin the economics of working in Mexico, factories on both sides of the border will shut down. Their jobs and the economic boost they bring will go to some other country.

“Our industry is the largest industry in Mexico, it's $300 billion shipping from Mexico northbound, of which 200 billion of that came from the US in the form of raw material. So if you look at it, it's like 66% of every dollar shipped North actually came from the US to begin with."

Robert Medler of the Tucson Metro Chamber says if you want to know who'll really pay the tariffs----it's you.

"So there's a misconception about tariffs. Some people think tariffs are paid by the country they're levied on. And while that's true, they have to in turn either absorb the price or raise the cost, and most of the time, they get to a point where they have to raise the cost, which means you and I are going to end up paying."