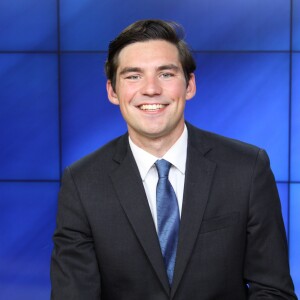 TUCSON, Ariz. (KGUN) — Tucson Police are putting an even bigger focus on three crime “hot spots” in the city, with a strategy that uses more resources and more community engagement.

The three locations are near the intersections of Dodge and Grant in Midtown, Campbell and Bilby on the South Side and 22nd and Prudence on the East Side.

Other police departments across the country have used PNI as a strategy.

Lieutenant Lissette Gomez took over the project lead at the 22nd and Prudence location about a month ago. She says that location in particular not only sees more crime, but more gun crime and gun violence.

Just last week, two men were shot and killed at the apartment complex at the center of the “hot spot.”

“Enforcement alone is not gonna solve this problem,” she said. “It’s everybody working together, education, and coming together to fix it.”

That means not just more officers in the area, but also consistently talking with neighbors and nearby businesses. Gomez says TPD is also working with Tucson Fire, city officials and the individual wards to address the problem.

“Instead of just doing a few months, letting our crime stats go down [before leaving], we’re gonna stay the long haul,” she said. “We’re gonna stay here and let the community know we’re here, we’re part of it. It’s gonna take months. But we’re gonna see what the root of the problem is and attempt to dig it out, so that when we do leave, it’s sustainable. And our communities feel safe here.”

Gomez does not believe focusing on these problem areas will simply divert that crime elsewhere.

“Research is showing us that crime is not always random,” she said. “It’s actually concentrated across victims, places and offenders. And a PNI is to disrupt the offender network and uproot that problem.”

It’s an ambitious goal, but one that already has some more reassured.

In the business plaza across from the apartment complex, bartenders at Margarita Bay say they see frequent police activity, but still plenty of crime.

They say just over the weekend, a bullet hit a window at the laundromat a few storefronts down.

Gina Devita just wants her customers to be able to enjoy their time playing pool or singing karaoke.

“I mean, it’s a worry for us in this plaza here,” she said. “I hate to see what goes on, but I’m glad the police will be here, around here a lot more.”