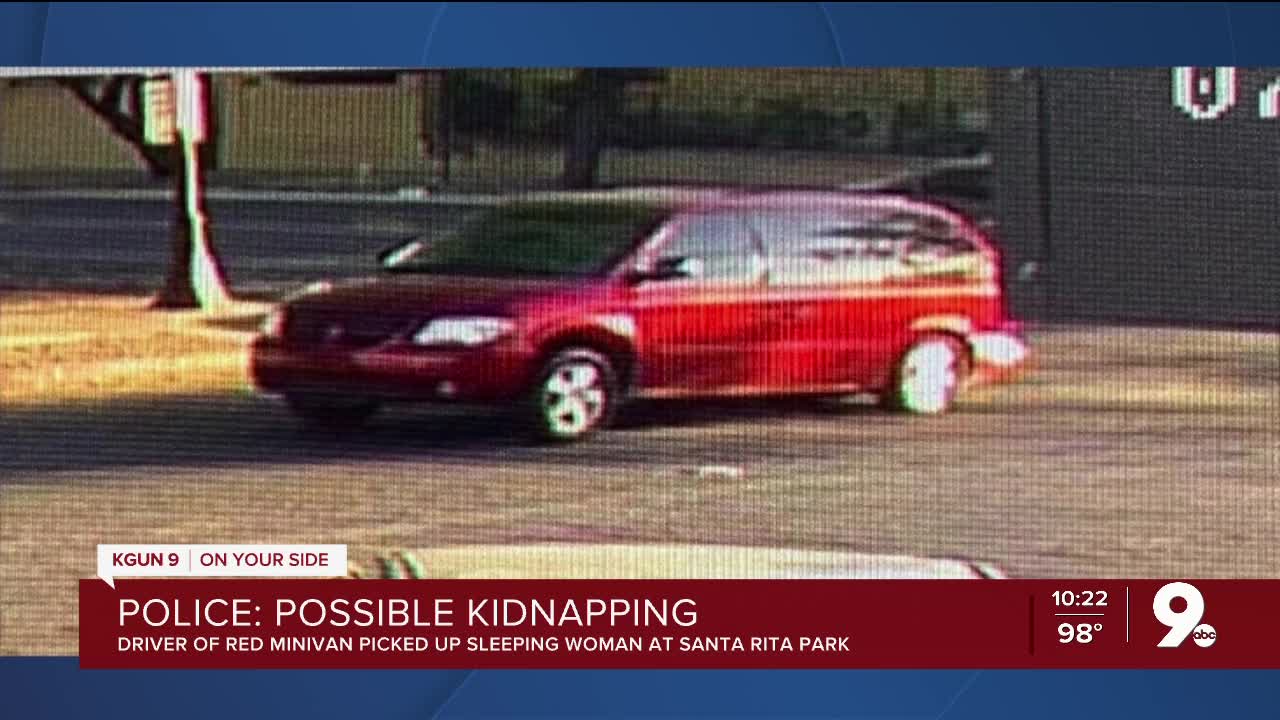 The Tucson Police Department is asking for help from the public with information about a possible kidnapping incident that occurred at Santa Rita Park Friday, July 10. 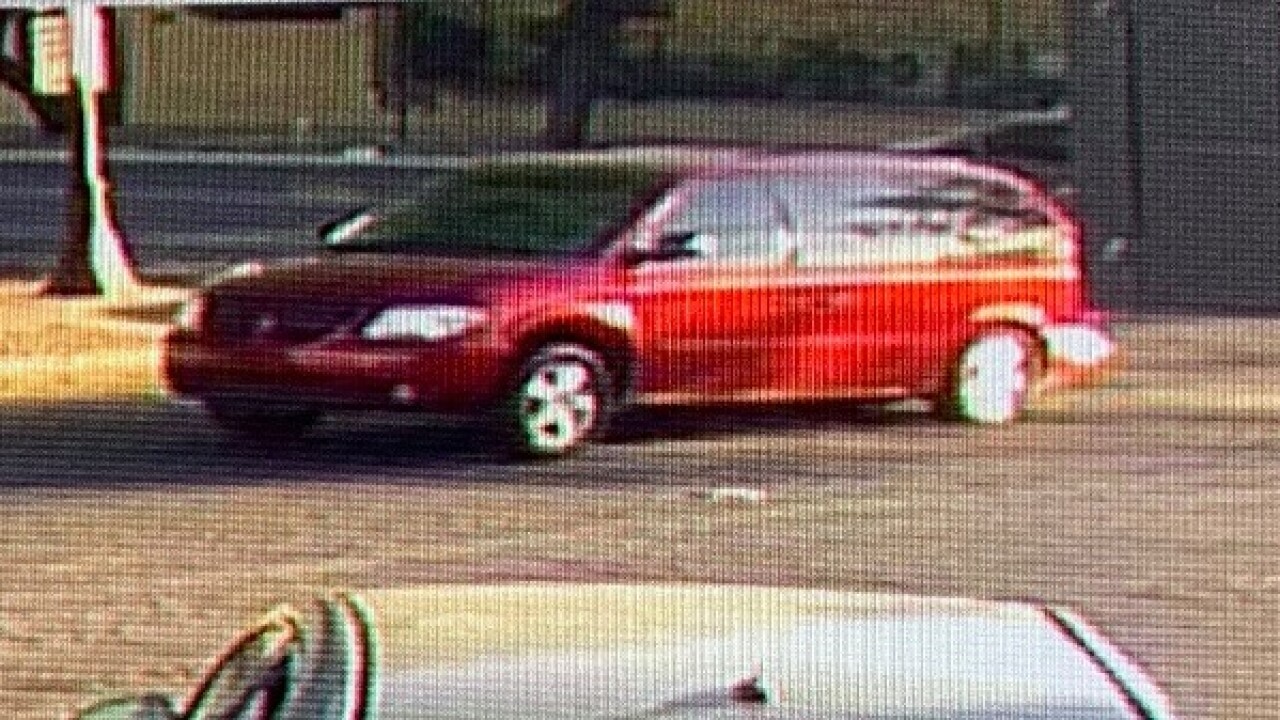 TUCSON, Ariz. — The Tucson Police Department is asking for help from the public with information about a possible kidnapping that occurred at Santa Rita Park Friday, July 10.

On Friday around 6:30 p.m. a red or maroon Dodge Mini-Van drove into the east side of the park, where a man got of the vehicle, walked over to a woman who was sleeping on the ground, according to TPD. The man reportedly picked up the woman off the ground, put her into the van and left at high rate of speed.

It was reported that the van was driving at a speed of up to approximately 100 miles an hour. According to TPD, the van was seen traveling the wrong way down the street, and driving through different parking lots and on the freeway. The van exited the freeway at Ajo Wy and continued traveling eastbound, where the witnesses lost site of the vehicle.

Witnesses told police the woman was waving her arms as the van drove away.

Police say "the man is described as a White male in his 40's, approximately 6'0" tall, 150lbs+, either bald or close cut brown hair with tattoos on his arms and neck."

Police say "the woman is described as Hispanic, in her 40's, approximately 5'6" tall, 130lbs with brown curly hair, tattoos on her arm and was wearing a black tank top."

On Saturday, July 11, officers were able to identify and find the victim, where they learned her ex-bofriend, 41-year-old Francisco Bravo was the man that was driving the pictured vehicle, who took her from the park.

The victim told officers she was assaulted multiple times by Bravo while she was in the vehicle, where was eventually able to escape, according to TPD. She did sustain serious physical injuries from the assault.

After Tucson Police Domestic Violence Unit responded and interviewed the victim, they were able to find Bravo at a residence on the east side, where he was taken into custody.