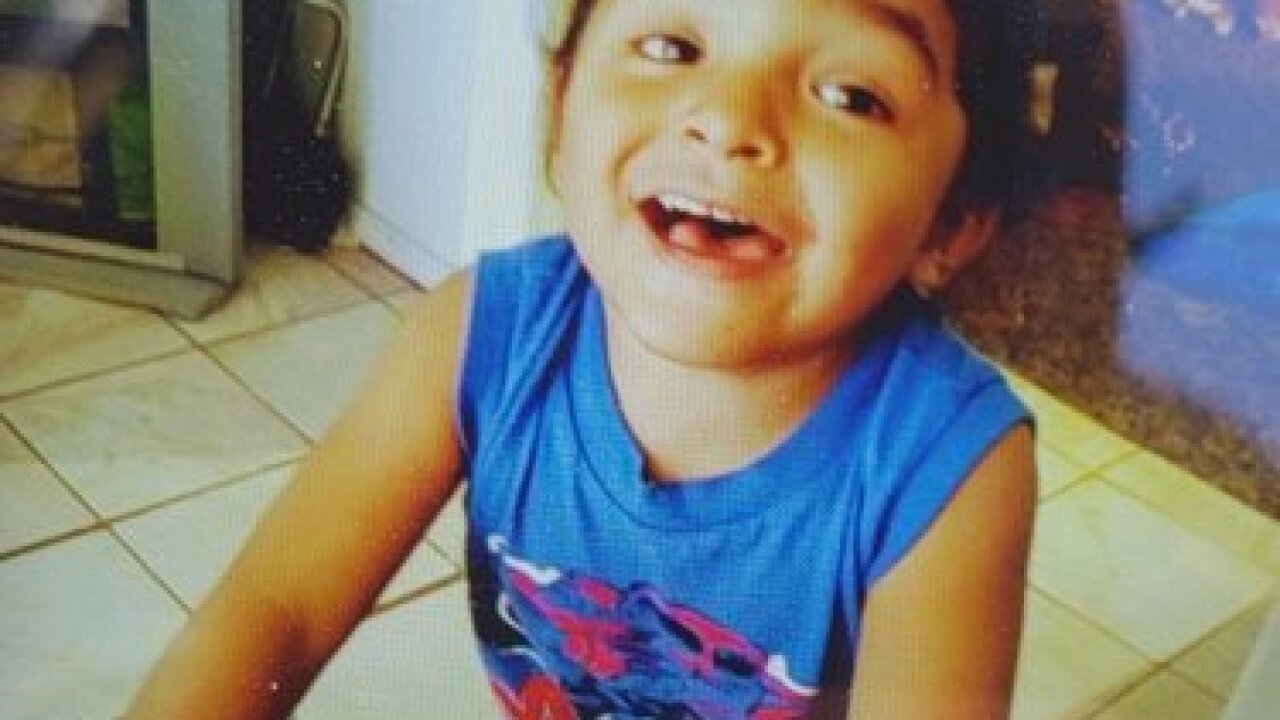 Tucson Police say the 2-year-old boy was found after someone saw him and called 911.

MISSING CHILD UPDATE!
Missing 2yr old Jaevion Betters has been located and is back with family. Thank you to everyone who helped spread the word through social media. pic.twitter.com/29Khi6R9o9

The Tucson Police Department says they are actively searching for missing 2-year-old, Jaevion Betters, who was last seen around 4:30 Sunday afternoon in the area of 700 E. 33rd St.

TPD says the boy was playing with his sisters in the yard. His sisters went inside the home and said they did not notice their brother was no longer there.

Officials say Betters is wearing his hair in a ponytail and ask anyone who sees him to call 9-1-1.