Authorities are searching for three children who were last seen in Marana. An Amber Alert was issued on Monday.

Investigators say evidence found at the scene suggests chemicals were used to abduct the children.

According to the Pima County Sheriff's Department, around 10:40 a.m. deputies responded to reports of a kidnapping on the 7800 block of Desert Quail Lane.

Upon arriving they learned that the three children were reportedly taken by their mother 33-year-old Bedajii Harnesberry. The children had previously been removed from her care and placed with their grandmother.

PCSD says that following an argument with Harnesberry, the grandmother went to a neighbors house to visit. As she started to walk back home she saw the children being loaded into a vehicle by Harnesberry.

Harnesberry is believed to be driving a tan or green, 2003 Ford green station wagon. She is described as: 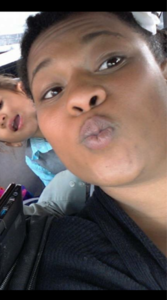 According to Arizona Amber Alert:

Grandmother Danese Harnesberry has full legal custody of all three grandchildren. (Pima County Superior Court case # B-19076). Suspect Bedajii Harnesberry has been staying with the family since 07/04/17. Danese had gone to a next door neighbors house for a brief visit after she had gotten into an argument with Bendajii. When Danese was walking back to her residence she saw her granddaughter Parvati get into her daughter''s vehicle. Danese got into her vehicle and began to drive to block Danese from leaving. Bedajii struck Danese''s vehicle causing minor damage. Bedajii was then able to leave the residence. Danese believes that all three grandchildren including Ramachandra and Malchiyah Harnesberry were in Bendajii''s vehicle. Upon returning to the residence Danese found several chemicals and measuring glasses on the kitchen counter. A check of the those ingredients was found to be common ingredients used in making chloroform. There are concerns that based on Bedajii mental health that she may have used these chemicals to take her children against their Will.

Anyone with any information pertaining to the missing children, suspect, or spots the suspect vehicle is encouraged to contact 9-1-1 immediately.
Copyright 2017 Scripps Media, Inc. All rights reserved. This material may not be published, broadcast, rewritten, or redistributed.