Thousands take to the streets for Tucson Women's March 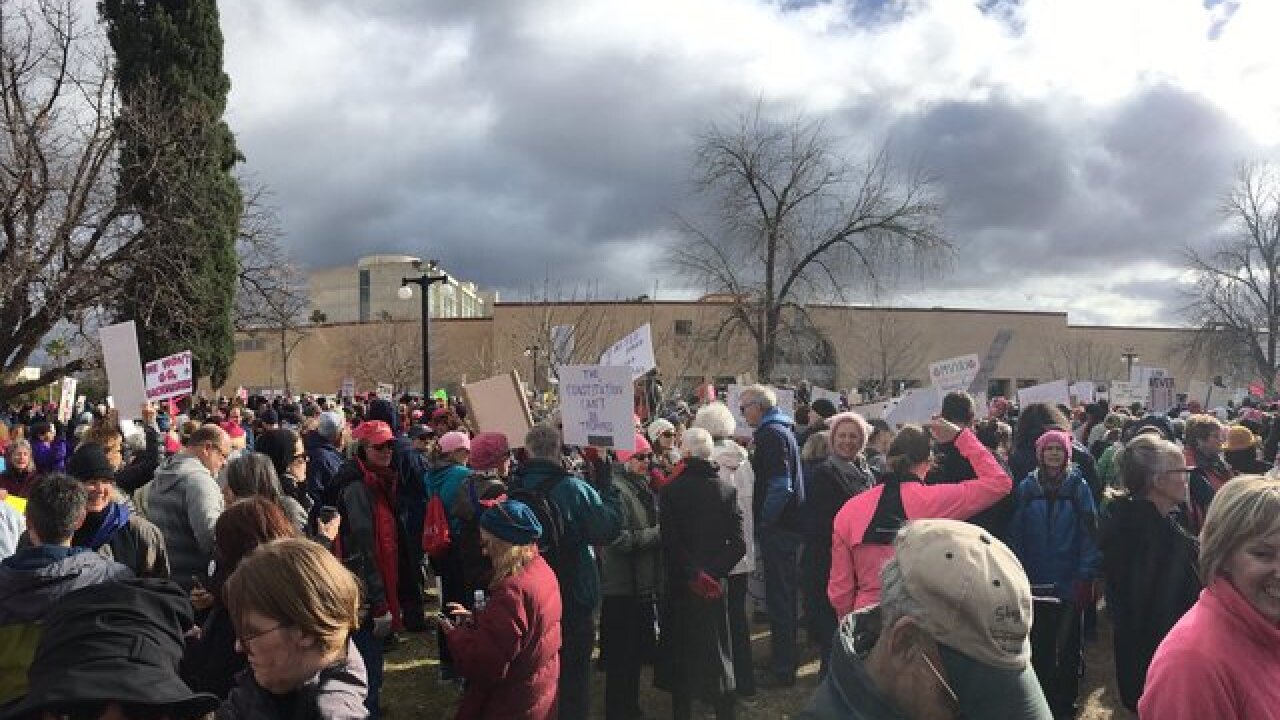 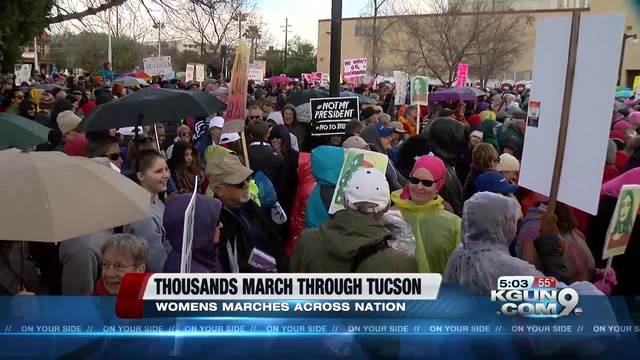 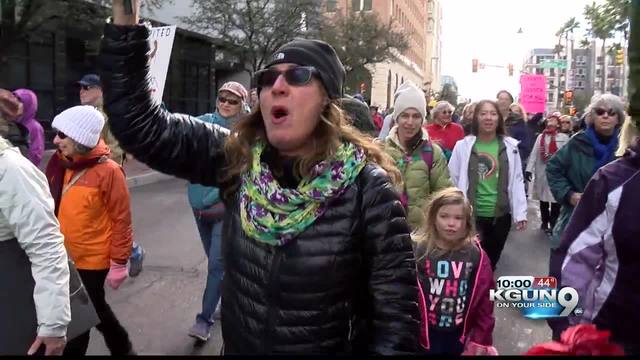 Easily 1000+ people here at #WomensMarchOnWashington in Tucson. This pic is just a small snippet of how many...@kgun9 pic.twitter.com/lnZq4bvgFC

The rally concluded by 3 p.m.

Another look at the crowd. A sea of people here today for the #WomensMarch #tucson @kgun9 pic.twitter.com/FtfeyUO8vC

"We invite our community to this friendly and peaceful event. Please join thousands of marchers and participants from all communities of Southern Arizona," said Tim Lennon, co-organizer in a news release. "Participating with others demonstrates our commitment to human rights, equality and respect for all. When one part of our community is threatened or when parts of our community face challenges, we all stand together, we face them together. Join us for a day of inspiration and celebration."