The Arizona Sports Hall of Fame welcomes the class of 2018 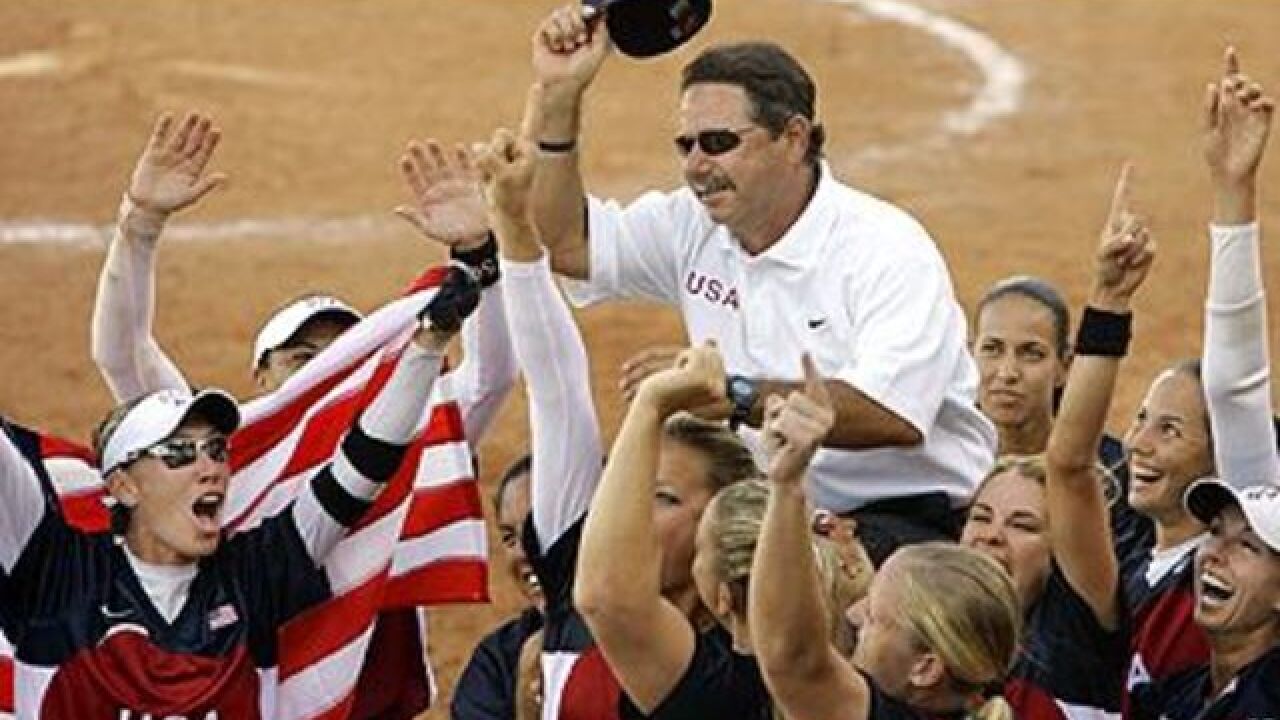 The Arizona Sports Hall of Fame will induct the 2018 class at a Gala dinner at 7 p.m. on November 1 in Scottsdale.

Six athletes, including University of Arizona softball coach Mike Candrea, will be honored during the Crest Insurance Group Arizona Sports Hall of Fame Induction Ceremony at the Scottsdale Plaza Resort.

Candrea, the winningest coach in NCAA Division I softball history, is preparing to begin his 34th season at Arizona in 2019. In 2017, he became the fastest coach in NCAA history, any division, and any sport to earn 1,500 wins.

Here's the list of the rest of the 2018 class being inducted into the Arizona Hall of Fame:

GARY HALL JR.
Hall Jr. was born into a legendary swimming family; his father, Gary Hall Sr., won three Olympic medals and his grandfather, Charles Keating Jr., was an NCAA champion. Hall Jr. launched his career at Brophy College Preparatory. A sprint specialist known for his flamboyant entrances, Hall represented the U.S. in the 1996, 2000 and 2004 Olympics, winning 10 medals - five gold, three silver, two bronze. After his first Olympic appearance, Hall was diagnosed with diabetes and, as a world-class athlete afflicted with diabetes, became an inspiration to people with the disease.

MARK GRACE
Grace, a first baseman, finished his 16-year Major League Baseball career with the Diamondbacks. Popular among fans and media, Grace was a key part of the 2001 Arizona Diamondbacks, who won the Valley’s only major professional sports championship. Although Grace had more hits than any other player in the 1990s, he is best known in Arizona for a single off Mariano Rivera that sparked the Diamondbacks’ dramatic 9th-inning rally to defeat the New York Yankees in Game 7 of the 2001 World Series. Grace, who retired with a career .303 batting average, works as a television analyst and instructor for the Diamondbacks.

MIKE CANDREA
The winningest coach in NCAA Division I softball history, Candrea established an enduring dynasty in Tucson. Under Candrea, the Arizona Wildcats have won eight national championships and appeared in 22 Women's College World Series. He has guided the program to 11 conference championships, including the 2017 Pac-12 title, which earned Candrea his 12th conference Coach of the Year Award.  Candrea has also been named the national Coach of the Year four times. He also coached the U.S. Olympic softball team to a gold medal in 2004 and a silver in 2008.

SISTER LYNN WINSOR BVM
Sister Lynn, Xavier College Preparatory’s Vice Principal for Activities and Athletic Director, has coached the Xavier Girls’ Golf Team to 35 Arizona 6A/Division I golf titles, including 16 in a row, both national records.  Since she arrived at Xavier in 1974, Sister Lynn has led Xavier to a 457-25 record, a .948 winning percentage. Under Sister Lynn’s tutelage, more than 55 percent of her golfers have earned collegiate golf scholarships. Sister Lynn has a bachelor’s degree from Arizona State University, a master’s degree from the University of Iowa, and multiple honors and distinctions for her groundbreaking career in the field of Athletic Direction. She entered the Sisters of Charity of the Blessed Virgin Mary, a Catholic Order of Women Religious, in 1967.

JEFF OSCARSON
Oscarson’s Chaparral Firebirds won five state softball titles during his 22-year tenure, which he finished in 2003 with an overall 450-122-3 record. Oscarson played baseball at Saguaro High School and was drafted by the Chicago Cubs in 1970. He decided not to sign and instead attended Mesa Community College, where he played on back-to-back national champions. Oscarson played for Arizona State in 1973 and 1974. Oscarson also served as a teacher and athletics director and played a pivotal role in establishing athletics programs at Scottsdale Unified School District middle schools, enabling children to participate on organized sports teams.

More information on the event can be found at azsportshof.com .