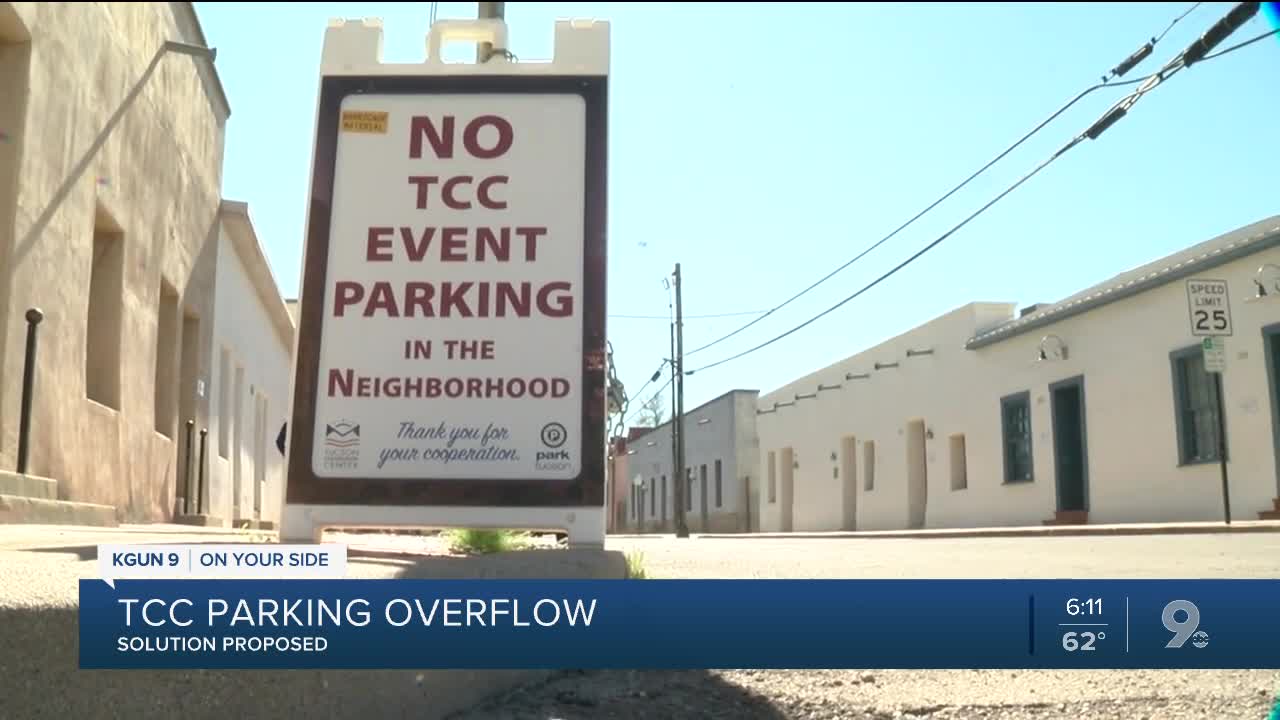 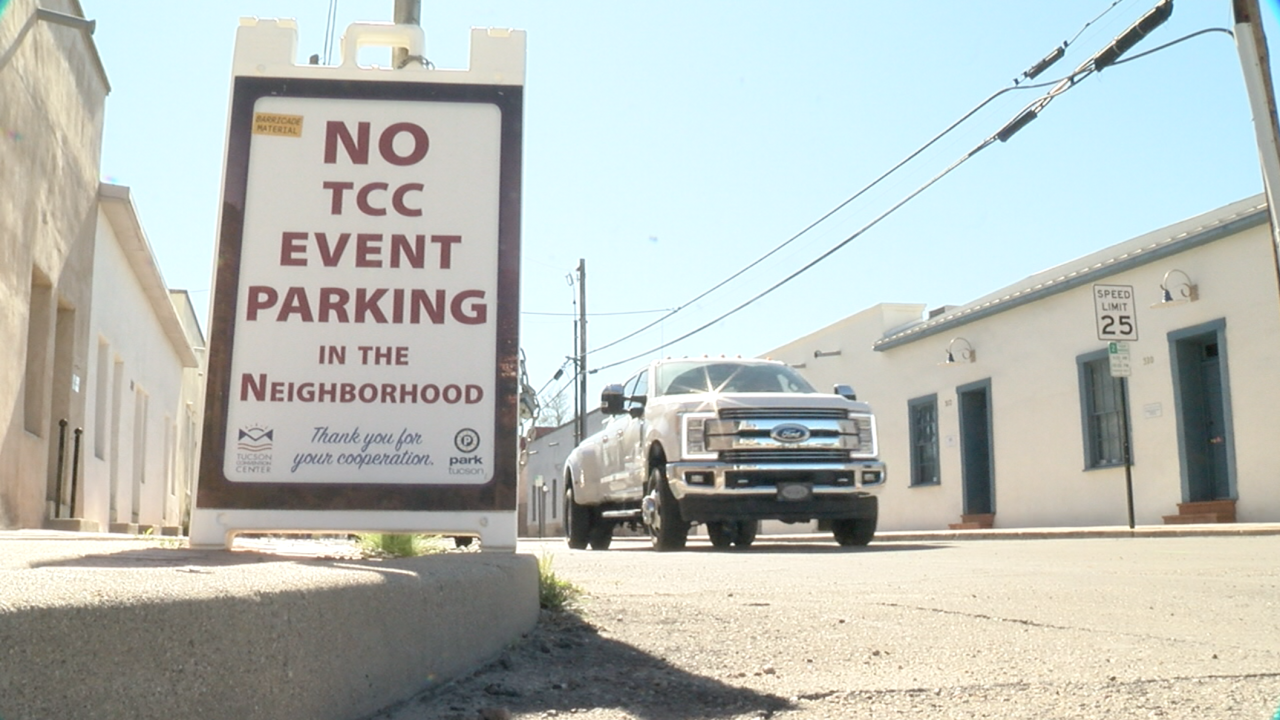 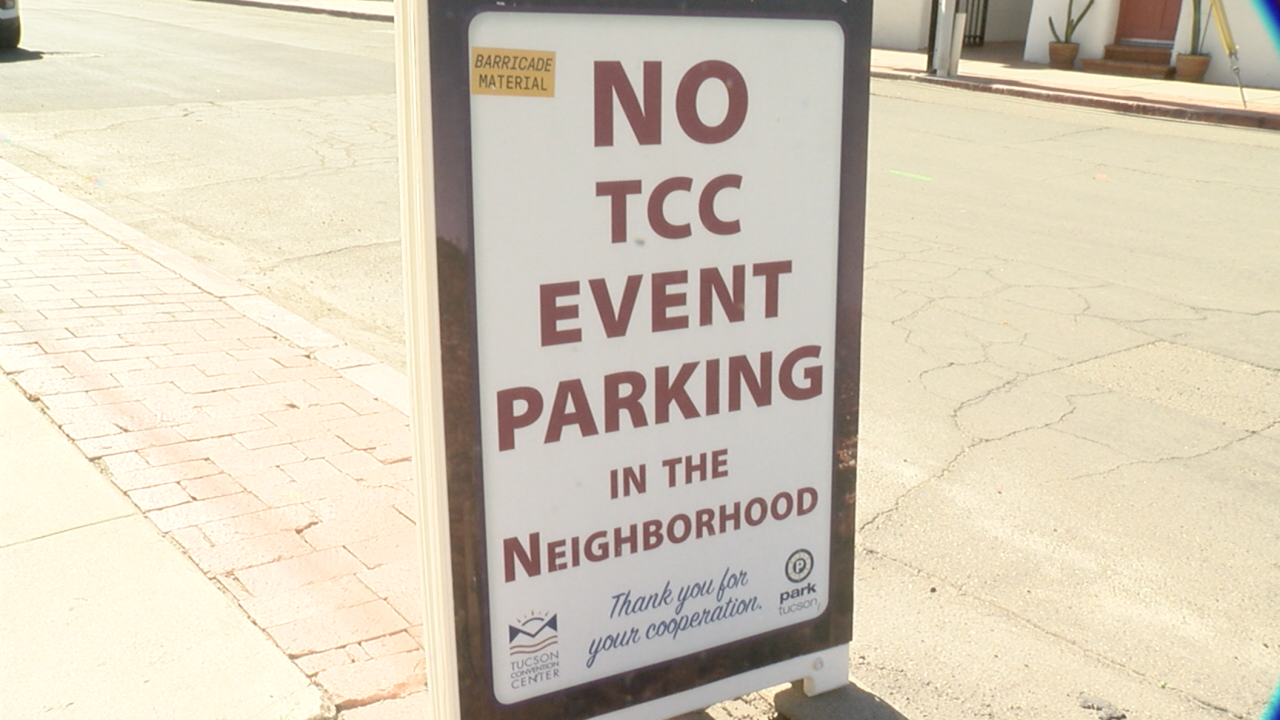 TUCSON, Ariz. - People who live in one downtown neighborhood are fighting to park in front of their own homes.

Tucson Convention Center patrons are parking in the Barrio Viejo neighborhood instead of the TCC lots.

But now Rio Nuevo's offering an idea that may help.

No one in Tucson had a car when Barrio Viejo was built about 140 years ago. Now the streets t made for horses are feeling the strain of 21st Century transportation.

If you drive to Barrio Viejo, it becomes apparent in a hurry that if you want a place to park, alongside the curb is pretty much all you have to work with. Garages and off street parking are rare.

But people who live there often compete for parking with people who come to Tucson Convention Center for sports or entertainment events. TCC is right across the street so drivers park in Barrio Viejo if they want to avoid a parking charge or TCC runs out of space.

Signs tell them "don't do that" but barrio resident David Thompson knows they do it anyway.

"If we go out in the evening and we come back and there's an event at the Tucson Convention Center we don't have any place to park."

The Rio Nuevo development district runs TCC. Board members know hotel construction at the site's made the parking overflow even worse. So Rio Nuevo says if more residents agree to have the City of Tucson enforce residential parking permits it will put up 35 thousand dollars to pay for the permits.

Rio Nuevo Chairman Fletcher McCusker: "This should, if the city will enforce this this should help alleviate the problem."

Rio Nuevo's offer is good while the hotel construction goes on.

He says, “We're in negotiations right now with Rio Nuevo to sell them the parking lot right behind the Music Hall and they're committed to putting structured parking on that light."

Park Tucson, the city parking department says residents will have to agree to requiring parking permits on their streets. They'll meet on that soon.