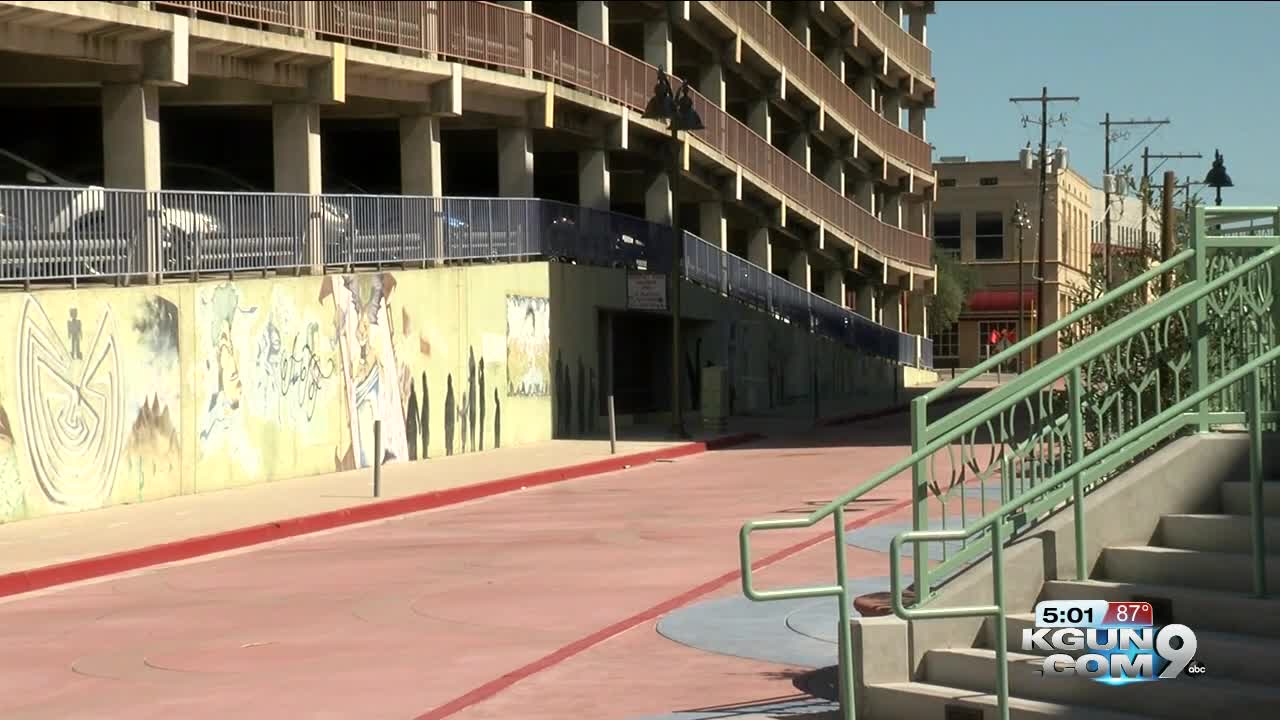 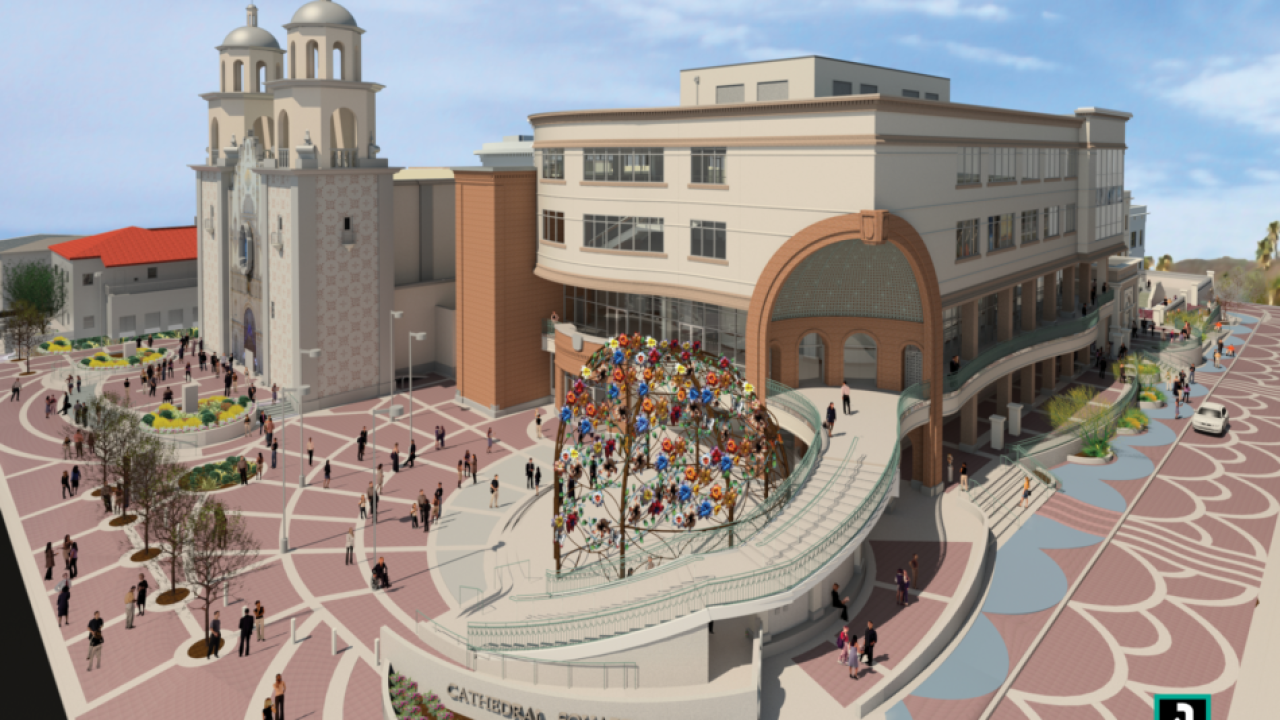 The 20 million dollar project Is scheduled to be completed by the end of the 2019.

While most of the project is already done artwork on the side of the parking garage has yet to be finalized.

The Diocese of Tucson says the parking garage is privately owned, not part of the project and that discussions have taken place with the owners regarding upgrading the appearance of the garage.

Renderings provided by the Rio Nuevo district show what it will look like when it's complete but it isn't all aesthetic.

Rio Nuevo says the project will "Improve walkability and enhance a pedestrian lifestyle.

Reactions on social media range from like to love to flat out disapproval.

One commenter said: "I think our tax dollars could be used for more important things like schools and first responders."

The Diocese says it raised raised $19 million from private donors for the completion of the new Cathedral Square building and related improvement projects on diocese property.

It's located in a fast developing area here where new apartments and hotels are currently under construction.

Rio Nuevo added that a new coffee shop will open on the block which will also be used as an outdoor event area.

While Rio Nuevo owns the street the tax funded organization says the block will be open to traffic once work finishes.