Word of the in-custody death led to calls for change---and a confirmation prosecutors are looking into what the officers did. 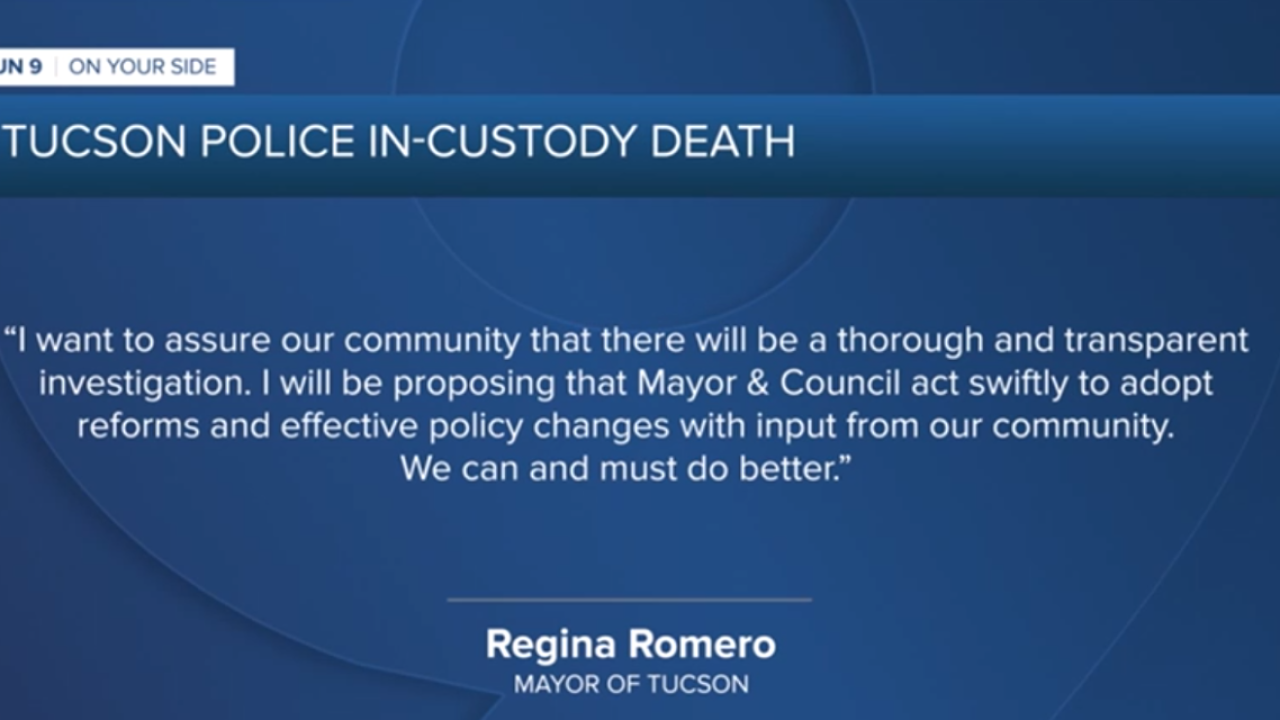 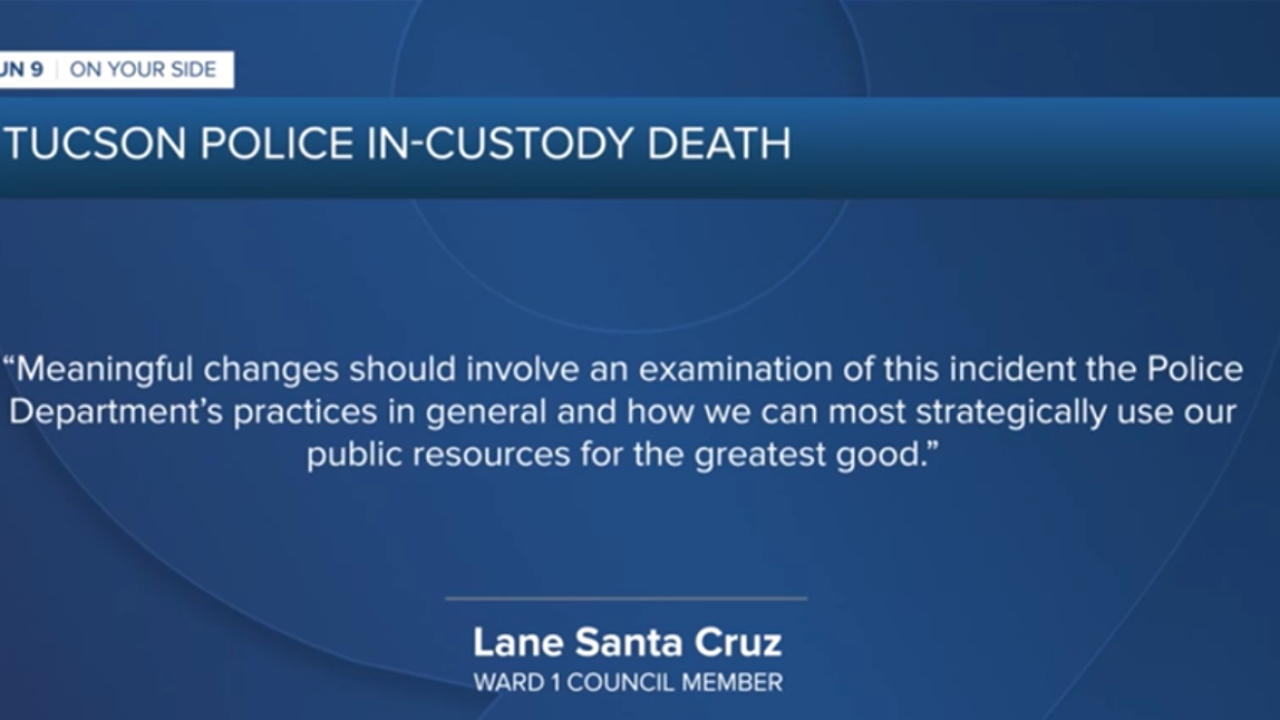 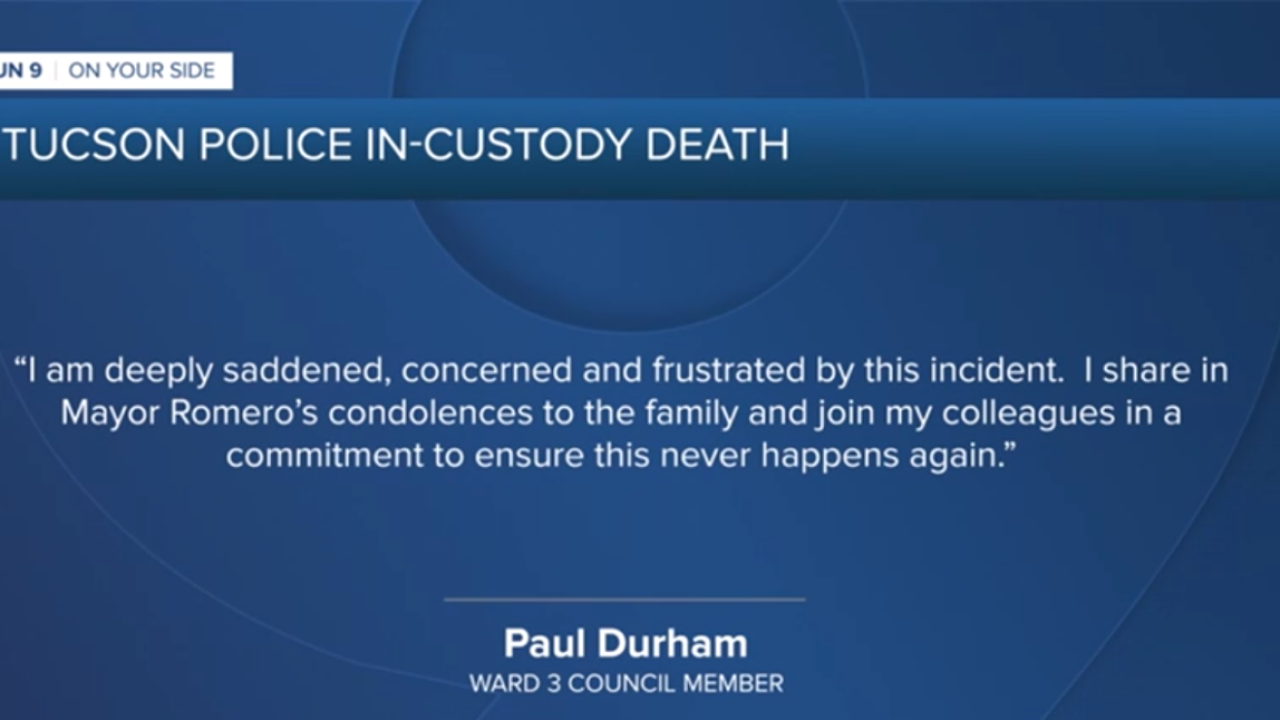 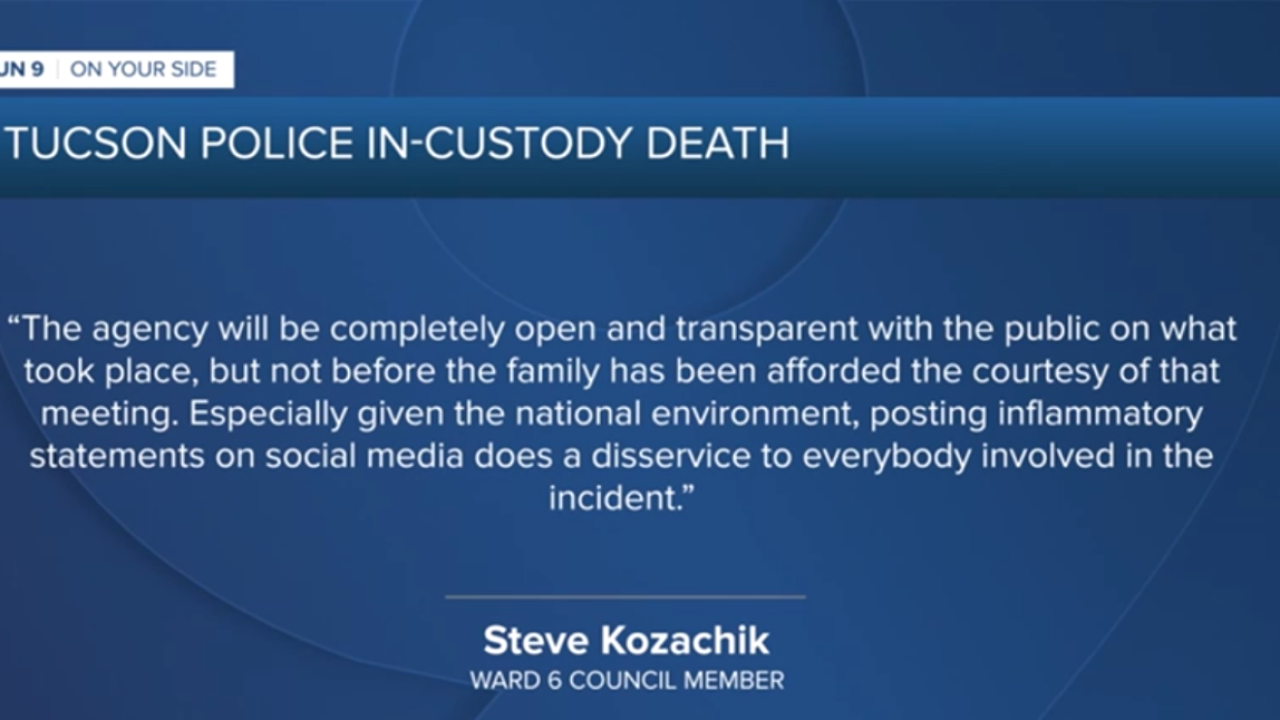 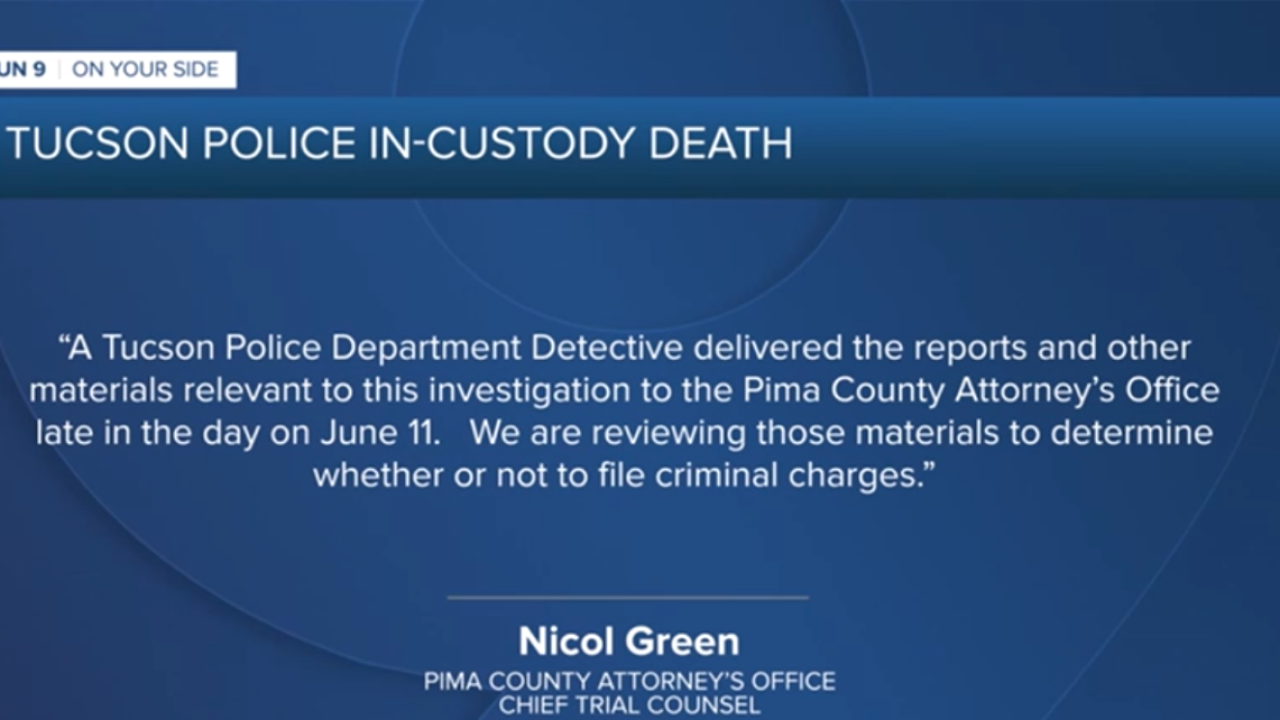 TUCSON, Ariz. - Word of the in-custody death led to calls for change---and a confirmation prosecutors are looking into what the officers did.

Mayor Regina Romero says she canceled a council meeting set for Tuesday night because the case made her feel she could not move on with city business as usual.

She expressed sympathy for the dead person’s family and said, in part, “I want to assure our community that there will be a thorough and transparent investigation. I will be proposing that Mayor & Council act swiftly to adopt reforms and effective policy changes with input from our community. We can and must do better.”

The canceled meeting would have considered the police budget, officer representation by the Tucson Police Officer Association and reconsideration of an ordinance critics said could inhibit citizens from getting video of police actions.

Ward One Councilmember Lane Santa Cruz said, in part, “Meaningful changes should involve an examination of this incident, the Police Department’s practices in general and how we can most strategically use our public resources for the greatest good.”

Ward Three Councilmember Paul Durham said, “I am deeply saddened, concerned and frustrated by this incident. I share in Mayor Romero’s condolences to the family and join my colleagues in a commitment to ensure this never happens again.”

Ward Six Councilmember Steve Kozachik called for sensitivity to the family and noted family members will be meeting with police. Part of his statement said “The agency will be completely open and transparent with the public on what took place, but not before the family has been afforded the courtesy of that meeting. Especially given the national environment, posting inflammatory statements on social media does a disservice to everybody involved in the incident."

And the Pima County Attorney’s Office is examining what the officers did.

Chief Trial Counsel Nicol Green confirmed: “A Tucson Police Department Detective delivered the reports and other materials relevant to this investigation to the Pima County Attorney’s Office late in the day on June 11. We are reviewing those materials to determine whether or not to file criminal charges.”