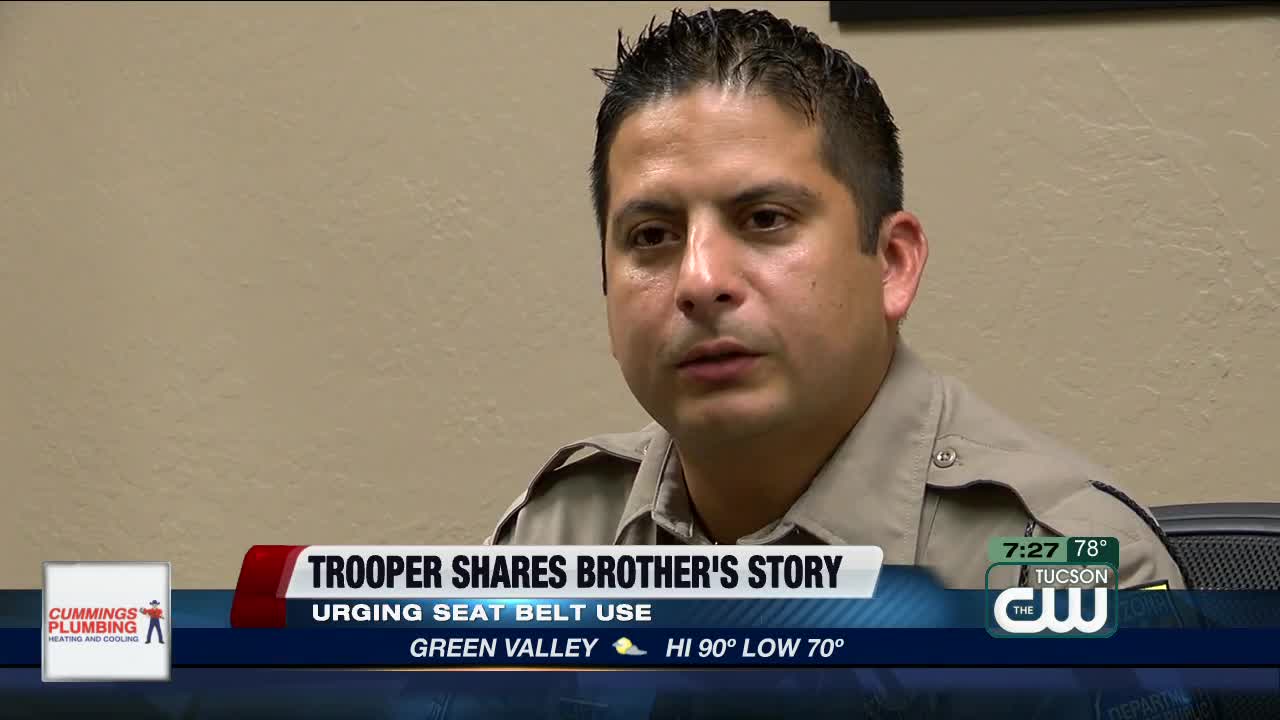 That idea was solidified years later after his older brother Gabriel Morales died in a rollover crash. Morales said the day his brother died state troopers went to his family's home to let them know what happened.

"When they went over they were there for us, they had a support group," said Trooper Morales.

"Him and a group of friends went out to a restaurant just east of Douglas, they were coming back and then the vehicle ended up going off the road, they ended up rolling over and my brother was ejected from the vehicle," said Morales.

At the time, Morales didn't know the details of his brothers death. Later he found out his brother wasn't wearing a seat belt.

The circumstances behind his older brother's death not only propelled him into his career choice, but also help him carry out daily tasks.

In the past two years Trooper Morales has given out more than 900 seat belt citations to drivers and passengers.

He said he also shares the story of his brothers death in an attempt to get the message across as best possible.

"I let them know that I went through it, my brother passed away in a car accident and they wouldn't wanna put their family through that. Just to make sure they wear their seat belt and they just never know what could happen," said Morales.

In Arizona seat belt violations are secondary offenses. This means you must first be pulled over for another kind of violation before you can be cited for not wearing a seat belt.