Snapchat is the most popular social media app in Arizona

How long can you go without checking your Facebook newsfeed? Apparently, not too many people in Arizona seem to care.

After gathering research from the online marketing tool SimilarWeb, Internet Service Partners members deterined which social media apps are the most searched for and used in the United States. 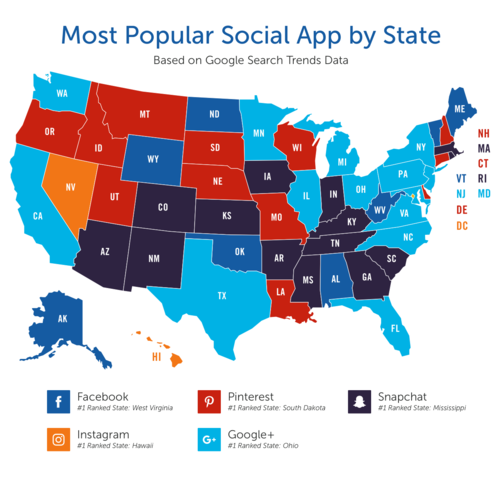 The most surprising result is how popular Google+ has become. That social network is now tied with Snapchat for first place across the U.S.

Also, it's not always about seeing what your friends are up to, who has changed their relationship status, or laughing at hilarious photos. Pinterest came in third place across the nation.

With Pinterest, users don't catch up with friends, but use the app to get DIY help and creative inspiration.

Facebook is no longer the popular kid in class, coming in at fourth place, and Instagram came in last place.

However, Instagram is still holding its own. It had 800 million users in 2017, so don't count Instagram out quite yet.

Twitter users have somewhat flown the coop because the app didn't even make it into the rankings.