Smoother roads ahead in New Year 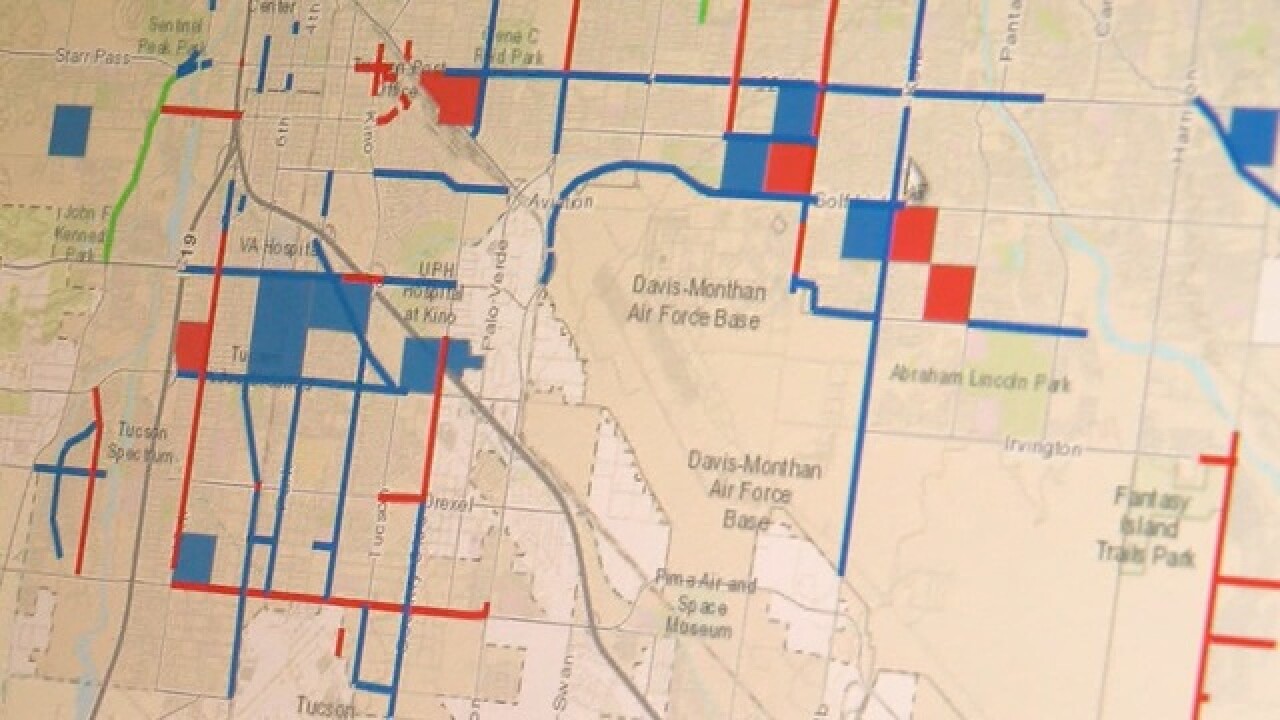 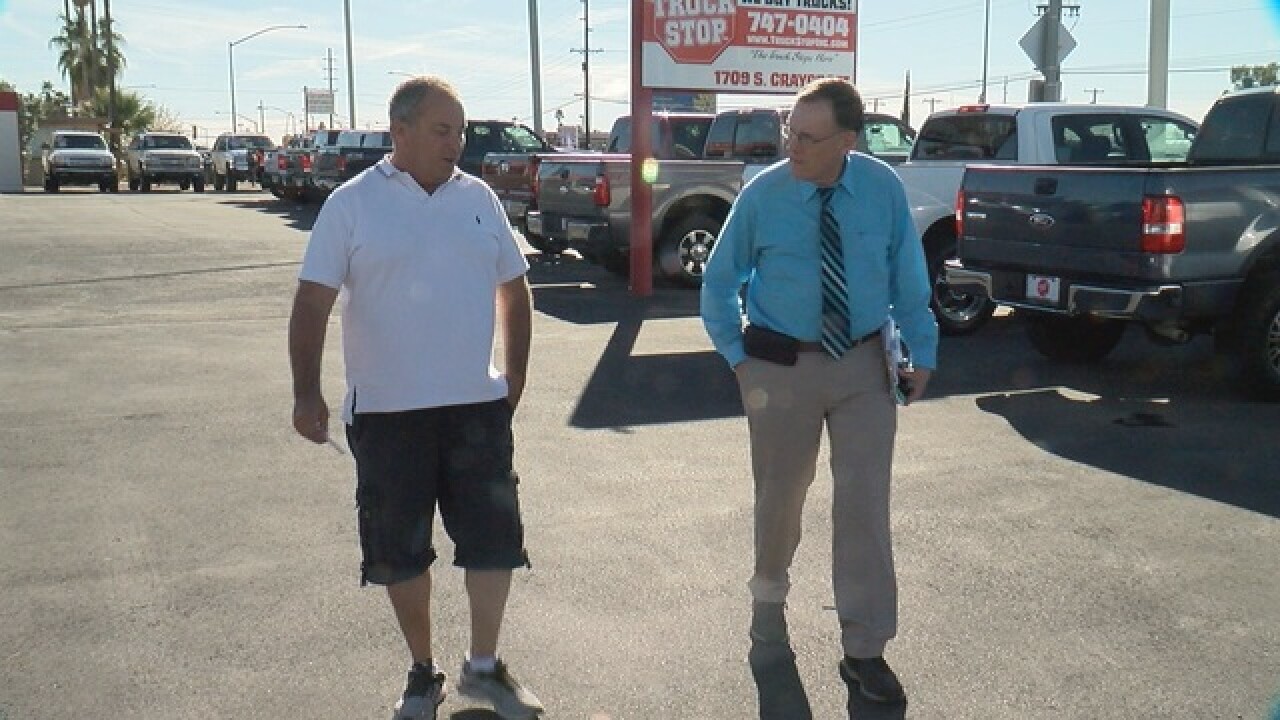 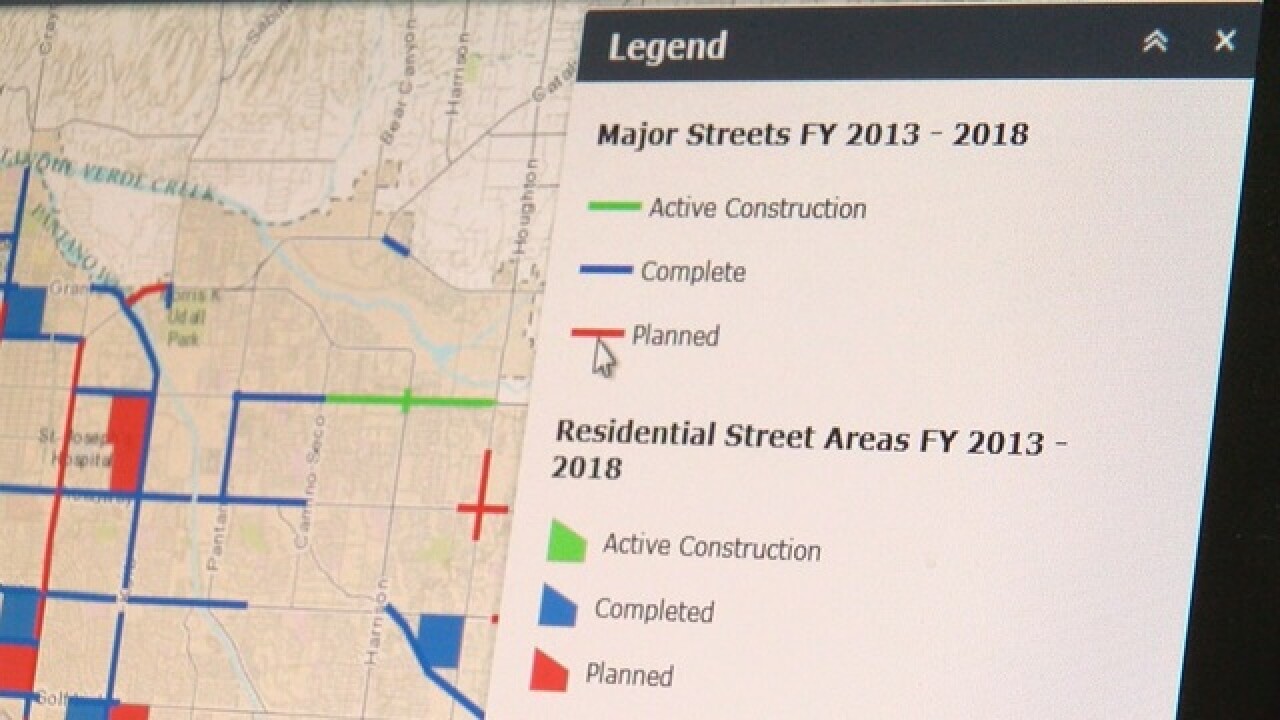 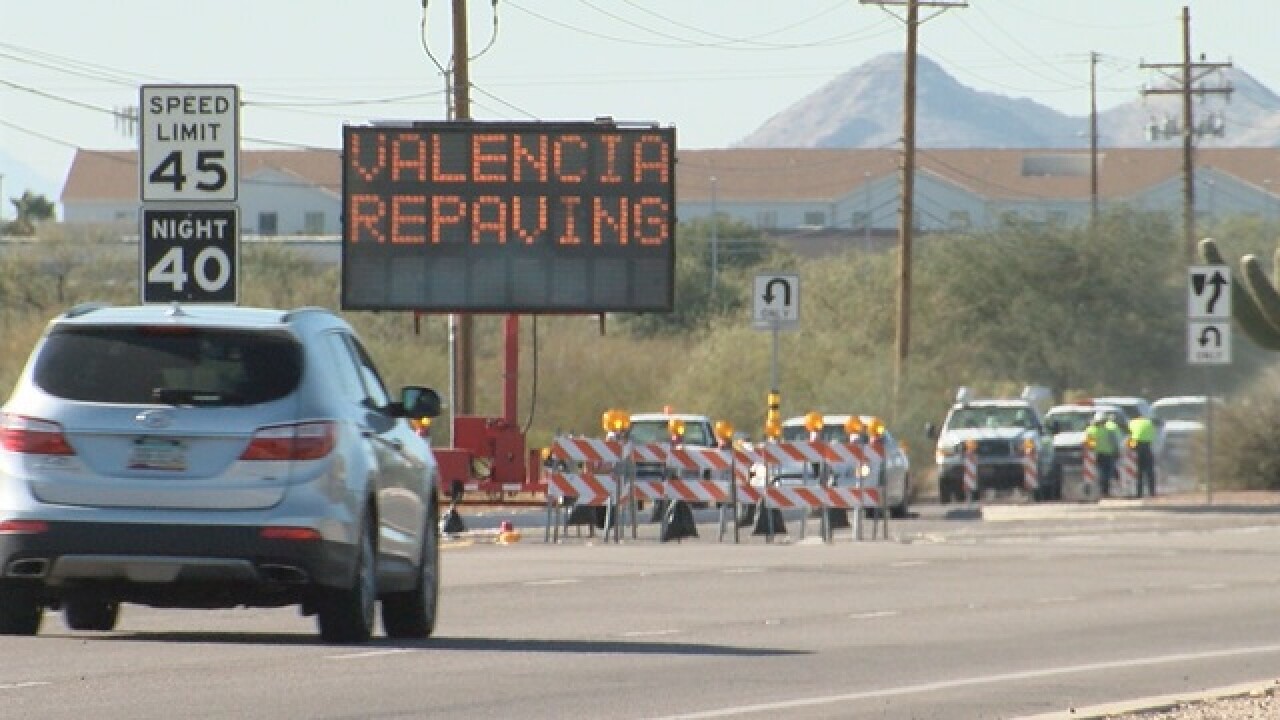 By: Craig Smith
Posted at 5:01 PM, Dec 19, 2016
TUCSON (KGUN9-TV) We don't know what bumps you'll hit in the road of life this coming year but you should have a smoother ride down some real roads in the City of Tucson.
The city has eleven major road projects scheduled for 2017 to rehab some of the city's busiest roads.
With errands and shopping, you're probably doing a lot of driving these days and if you do enough driving on Tucson roads you're probably wishing for some shock absorbers on your wish list.
The City of Tucson's interactive map shows roads already repaired and the repair work on the way.
There are eleven major projects on the way.
As a businessman who sells cars and trucks, Steve McManus of The Truck Stop is looking forward to rolling down smoother streets.
KGUN9 reporter Craig Smith asked him: "Is it better for the City in general when the roads get beter, you think?”
McManus: “Oh absolutely.  Particularly on roads like Valencia coming out of the airport.  If we've got new companies that are thinking about moving to Tucson and they drive down that road they're ready to turn around and get back on the plane before they get to their destination; and I've heard that firsthand."
Valencia near the airport is on the list for new pavement.  Part of the road is being prepped now for almost eight million dollars of road work to start next month.
Some of the eleven projects include:
-$53 Million for the Downtown Links project to improve connections through downtown to I-10.
-$14.4 million to improve Grant Road from Castro to Fremont
-$12 Million to replace the old bridge that carries Houghton Road over the Union Pacific Railroad tracks.
Craycroft is in for fresh pavement from Grant south to 29th Street, so is Wilmot from Pima to Golf Links.
The repairs concentrate on major roads so more drivers will feel some relief.
Craig Smith asked driver Andrea Karttunen:  "So what's it like driving down these streets now?
Karttunen: “Bumpy. It's pretty bumpy and you have to swerve a bit to get out of the holes.”
Smith: “So the prospect of some smoothing out, that's pretty encouraging?
Karttunen: "Yes.  That's one of our biggest complaints about Tucson is the roads don't get fixed nearly enough."
Voters made the repairs possible when they approved bonds to finance the fixes.
Copyright 2016 Scripps Media, Inc. All rights reserved. This material may not be published, broadcast, rewritten, or redistributed.