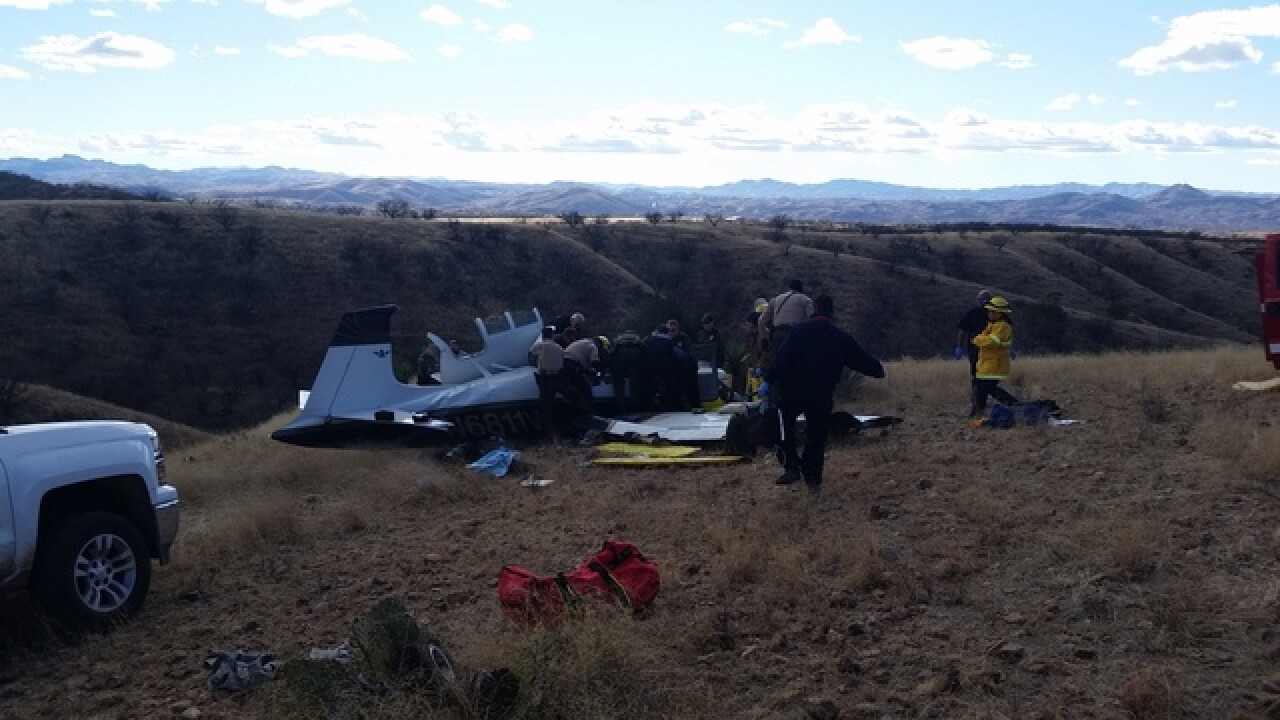 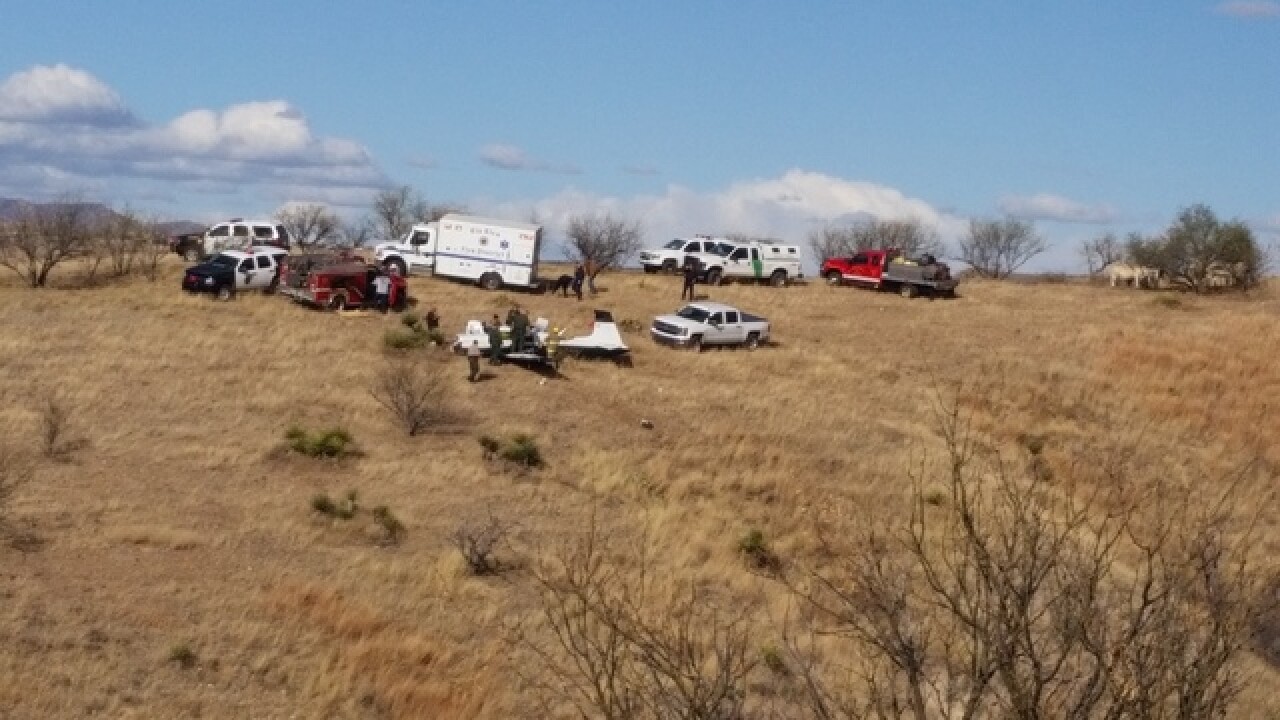 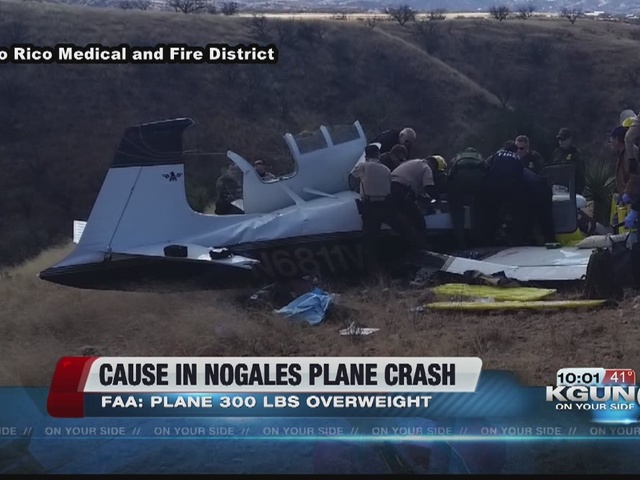 The small plane took off from the Nogales Airport Saturday afternoon, but lost altitude shortly after take off. Four people were on board when it crashed. The pilot set the plane down on a hillside near the airport. All four people inside were air lifted to Banner University Medical Center in Tucson for treatment.

As of Sunday afternoon, all four passengers were still there. Two are in stable condition, one is critical but stable, and the fourth is still in critical condition.

Sheriff Estrada says FAA investigators reported the plane was 300 pounds overweight, not suited for four passengers and their baggage.

Rio Rico Medical and Fire District was among the first to respond to the crash. They helped extricate all four from the plane and get them to Banner UMC.

"The aircraft did have significant damage to it, but the pilot did a great job," said Ernesto Archuleta, firefighter and paramedic. "One thing I have to say is that all the patients did survive the crash. With the type of terrain it was, the pilot did an exceptional job."

Cory Pangrac, a firefighter and EMT in Rio Rico, was one of the first responders. He helped get passengers out of the plane after its crash landing. He attributed says training helped get all four out and to the hospital.