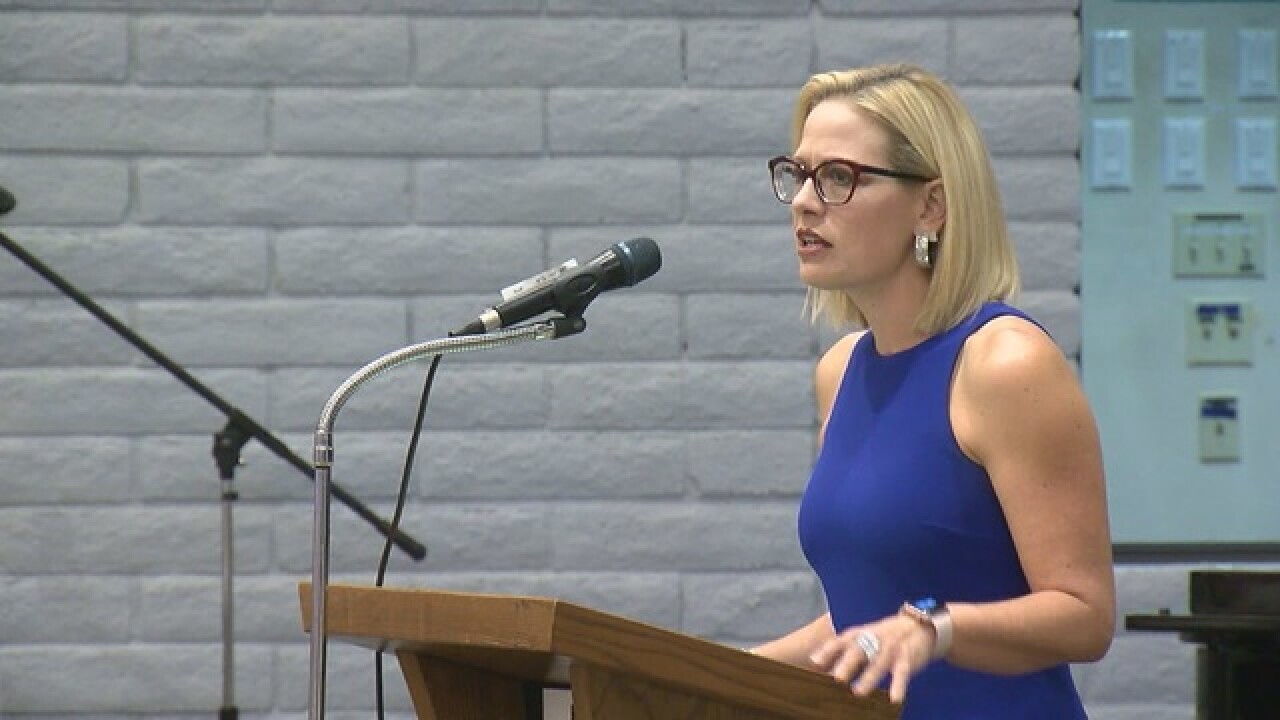 Another batch of ballots just posted to the official count from the Arizona Secretary of State, and it's changing the race for Senate.

Democrat Kyrsten Sinema is inching ahead of Republican Martha McSally for the first time since election night, holding a lead of just 0.1 percent with less than 2,000 votes, according results posted on the Arizona Secretary of State's website .

According to Arizona law , a recount is triggered when the top two candidates are within 0.1 percent.

Hundreds of thousands of ballots remain to be counted in the race. An official with the Arizona Secretary of State's office says the latest batch of about 130,000 ballots came from Maricopa County, leaving about 350,000 still to be counted. Kyrsten Sinema has a slight lead in that county so far.

Officials in Pima County said Wednesday more than 80,000 ballots still need to be counted there. Sinema holds a strong lead there, so far, with 55 percent to McSally's 43 percent.