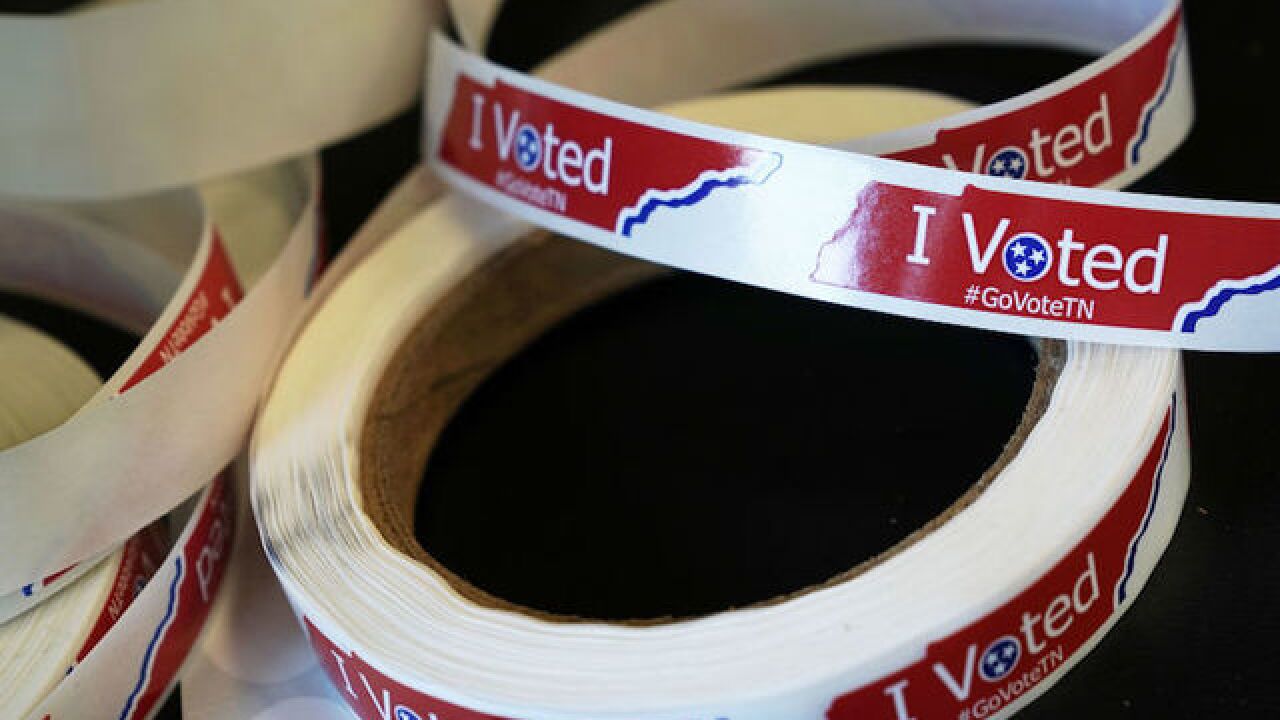 Image copyright 2018 Getty Images. All rights reserved. This material may not be published, broadcast, rewritten, or redistributed.
Alex Wong
"I Voted" stickers are seen at a polling station at the John P. Holt Brentwood Library on Election Day November 6, 2018 in Brentwood, Tennessee.

Brandon Martin, a Sierra Vista man, is running for U.S. Congress in Arizona's Second District for the 2020 election.

Per a press release, Martin is a U.S. army veteran, a conservative and a former intelligence professional seeking the Republican nomination.

“Our government is out of control and no longer cares for the rights of the people. Meanwhile, the country has been plunged into a massive debt; courts are acting as legislators, ignoring the constitution and making partisan rulings," said Martin. "It is time to send a citizen of the people to fix Washington D.C. not another career politician.”

Brandon Martin will formally announce his candidacy for US House of Representatives in CD 2 on March 23 of this year.