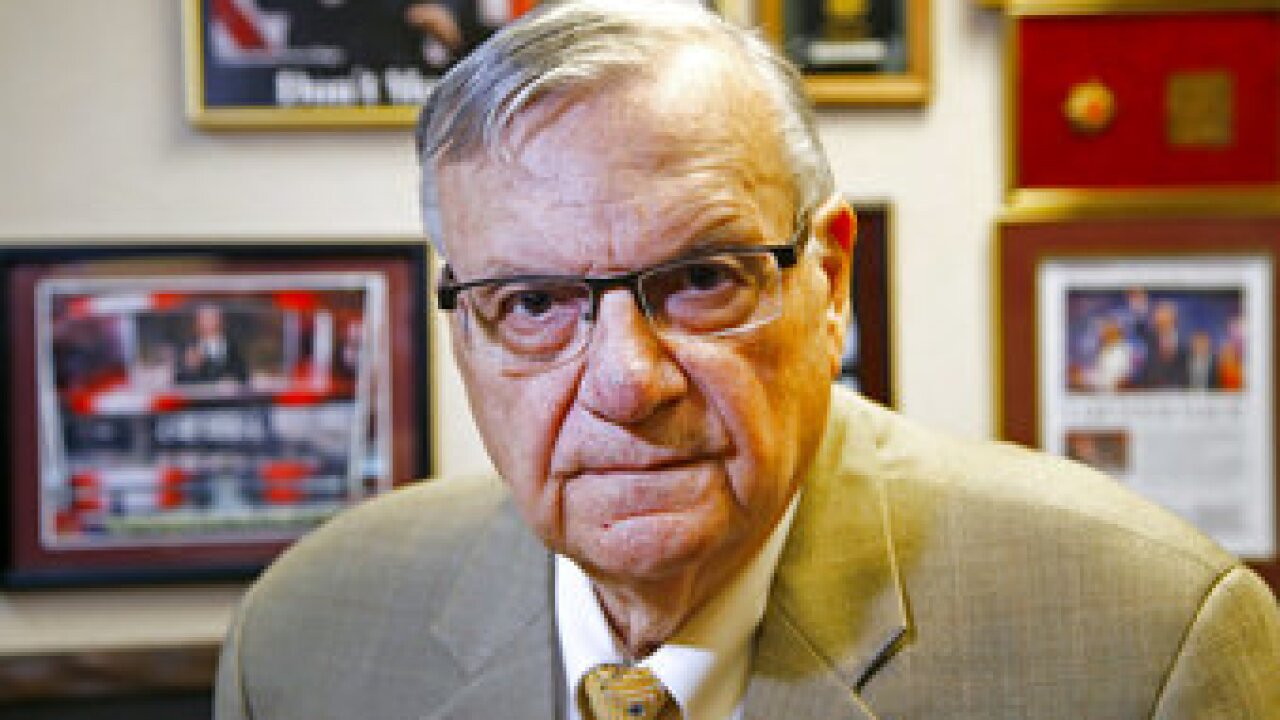 (Copyright 2020 The Associated Press. All rights reserved. This material may not be published, broadcast, rewritten or redistributed.)
Ross D. Franklin/AP
The taxpayer tab for the racial profiling case focusing on former metro Phoenix Sheriff Joe Arpaio’s immigration patrols is expected to reach $178 million by the summer of 2021.

PHOENIX (AP) — The race for Maricopa County sheriff pits Democratic incumbent Paul Penzone against Republican Jerry Sheridan, who served as the agency's second-in-command during the final years of Joe Arpaio's tenure as sheriff.

Penzone came into office promising to bring a more low-key professionalism than Arpaio, closed his predecessor’s complex of jail tents, and made more strides than Arpaio in complying with court-ordered overhauls of the agency that have stripped away of some of its autonomy.

Sheridan is selling himself as a leader with 38 years of experience who can lift up sagging employee morale and help win some of the agency’s autonomy back from the court.