Senators recall McCain as 'a treasure,' the 'happy warrior' 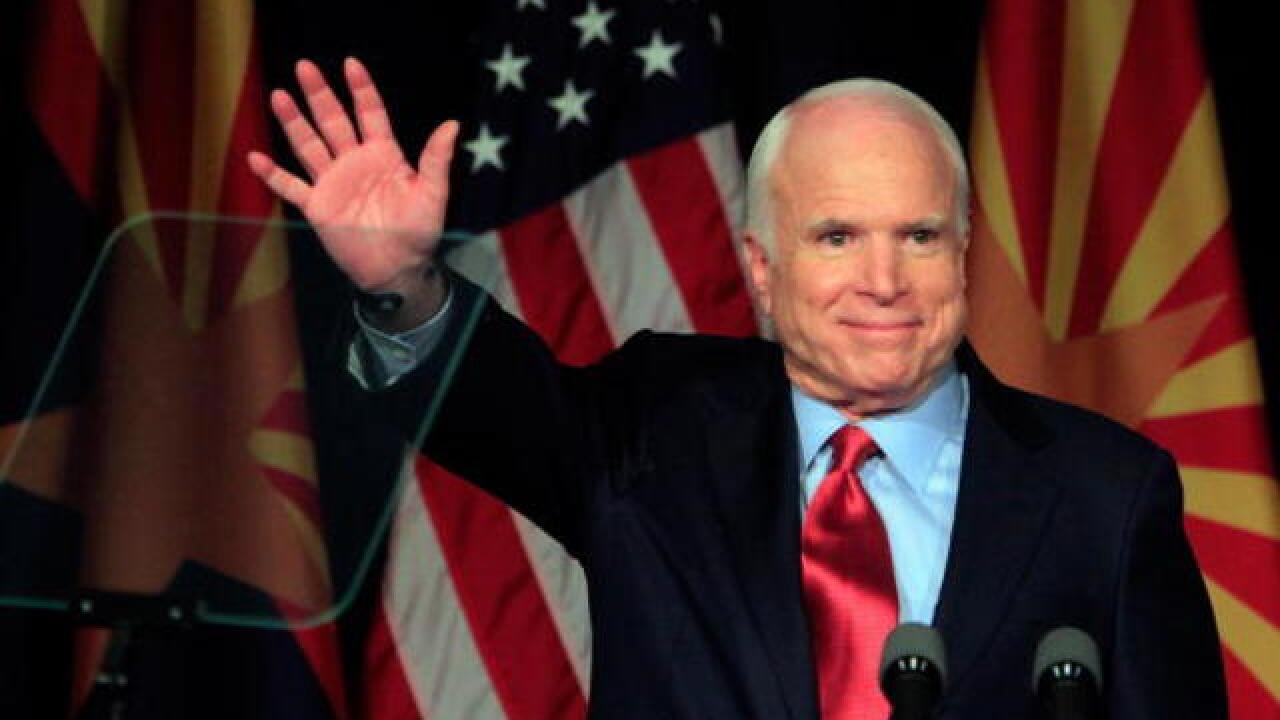 Image copyright 2018 Getty Images. All rights reserved. This material may not be published, broadcast, rewritten, or redistributed.
Eric Thayer
<p><strong>JOHN McCAIN</strong>, 81 (Died: Aug. 25): Sen. John McCain lived an exceptional American life, beginning in 1936. Growing up in Arizona, he was educated at the US Naval Academy and became a naval aviator. He was shot down while fighting in Vietnam and was held as a prisoner of war for more than five years. After his release, he eventual ran for Congress and then the Senate, where he would serve for 30 years until his death. In 2008, he won the Republican nomination for president before losing in the general election to Barack Obama. McCain died of brain cancer in August 2018.</p>

John McCain's colleagues are remembering him in speeches on the floor of the Senate, where he served for more than 30 years.

Democratic Sen.  Chris Coons of Delaware remembers him as "a treasure and a challenge" for his patriotism and trademark brusqueness.

Senate leaders are considering ideas to honor McCain on Capitol Hill, including renaming the Russell Senate Office Building for him, although Senate Majority Leader Mitch McConnell appeared to hit the brakes on that idea Tuesday, saying he would form a bipartisan panel to determine a tribute.