PHOENIX - Six people were hurt after a semi-truck caught fire after colliding with a vehicle on Interstate 10 near Ray Road on Tuesday afternoon.

According to the Arizona Department of Public Safety, a semi-truck was traveling westbound on I-10 and struck a vehicle which then collided with two other cars.

The collision resulted in a fire that spread from the semi-truck to one of the vehicles.

According to DPS, a trooper along with several citizens were able to pull two people out of a vehicle that was on fire. The trooper sustained minor injuries and was treated on the scene.

DPS said the burn victims were transported to the hospital in stable condition. The driver of the semi-truck was not seriously injured. 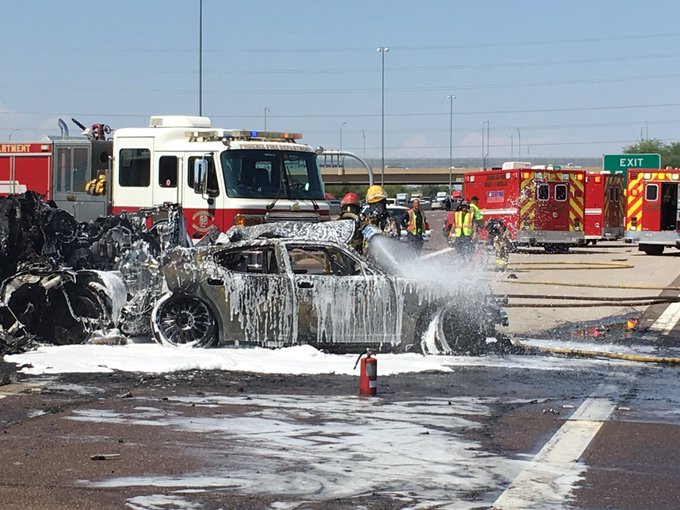 Multiple city response to serious accident on NB I-10 at Ray Rd. 6 pts: 2 pts to MCMC with burns & 4 delayed pts remained on scene.

I-10 westbound was closed at Ray Road for several hours but has since reopened. Check here for the latest on traffic conditions in the area.