Search resumes for Arizona girl swept away in creek waters 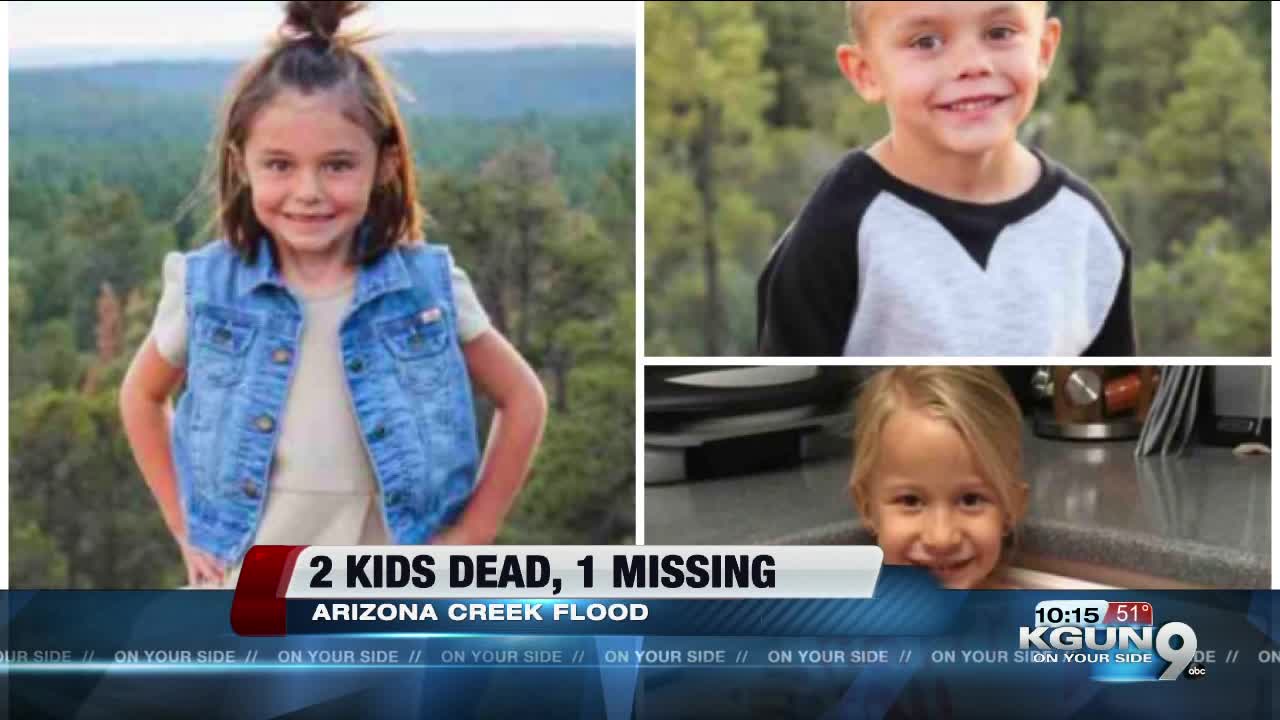 Authorities are resuming the search for a 6-year-old Arizona girl who was among three children swept away in raging creek waters.

TONTO BASIN, Ariz. (AP) - Authorities are resuming the search for a 6-year-old Arizona girl who was among three children swept away in raging creek waters.

The ground search will include the use of dogs and boats from multiple law enforcement agencies.

Rescue teams also hope to conduct an air search either with helicopters or drones.

Dodd says authorities are still hoping for a miracle.

Rescuers found a shoe that may belong to her at dusk Sunday.

Authorities say nine family members were in an oversized military-style truck on Friday when they tried to cross the creek.

The girl's brother and cousin, both 5, were found dead Saturday.