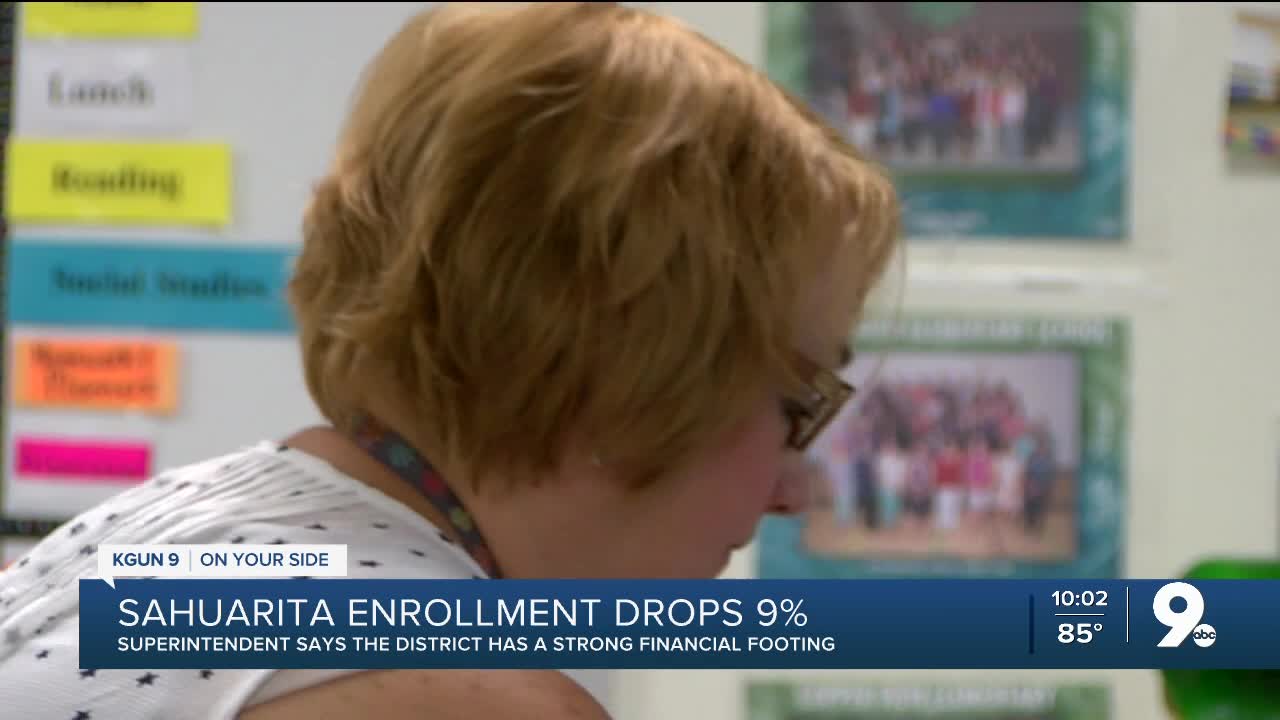 SUSD reports losing 600 students over the summer, costing the district millions of dollars.

Sahuarita U.S.D.'s superintendent reports the district has lost about nine percent of their enrollment since May of 2020.

"It's not a surprise but it is a significant impact on us," Sahuarita Superintendent Manny Valenzuela said.

All of Sahuarita's brick and mortar schools lost students. Some lost as many as 500. But a significant portion of those students are still enrolled in the district's online option, Sahuarita Pathways digital academy.

That leaves about 600 students not enrolled in the district at all. For the Sahuarita school district that means a loss of millions of dollars.

Enrollment is tied to funding and Valenzuela has applied for the federal enrollment stabilization grant.

"The districts can apply for funding to minimize the decline to the level of last year's, 98 percent of the prior year funding," Valenzuela said.

He's asking for $4.5 million. Even if Sahuarita gets that money the district will still have a 2 percent budget shortfall.

Valenzuela said the district is still on strong footing, and carries modest cash reserves to use in case of an emergency.

"And so for this year, we are preparing thanks in support to this funding to kind of cushion the blow as much as possible," Valenzuela said.

The superintendent is confident he can weather this financial storm. He doesn't anticipate the loss of students will stick.

"As these waters become smoother that these numbers will stabilize and that many of these folks reaction to the context will come back to us," Valenzuela said.

New data from Pima County shows since the start of school 55 students left the district for home-schooling.