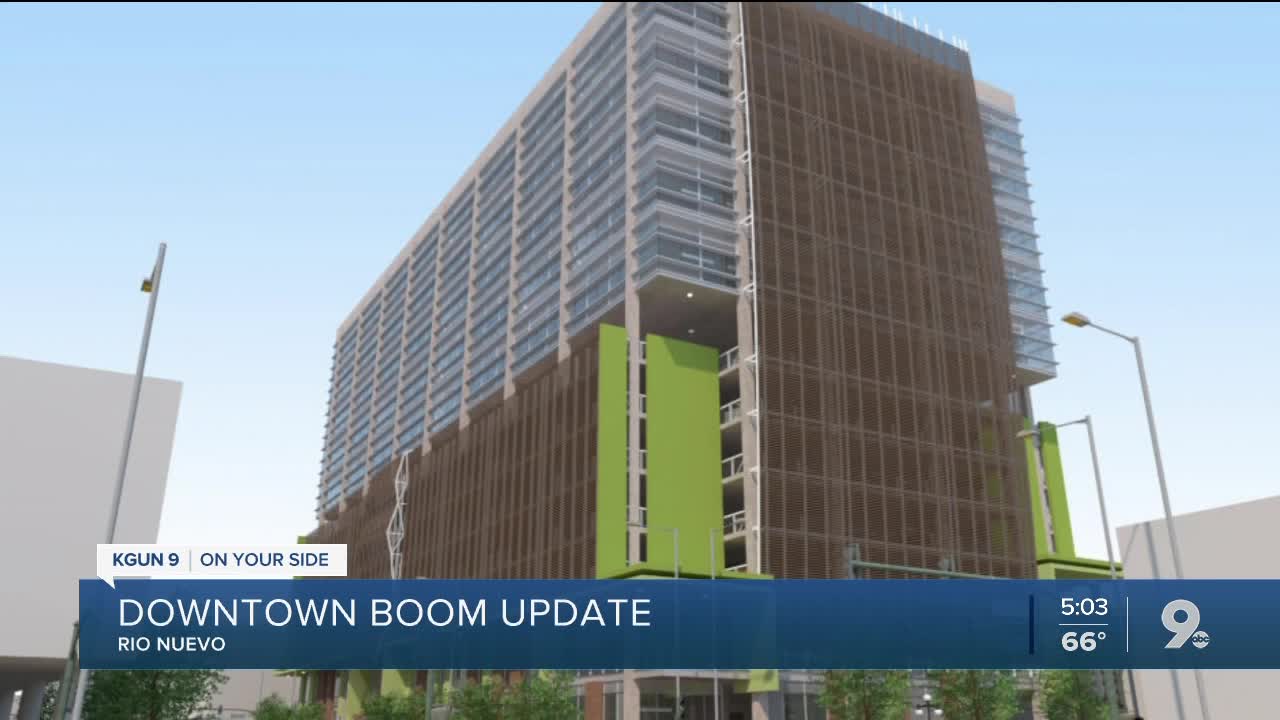 A downtown development stalled for months because an out of town developer abandoned the project.

TUCSON, Ariz. — A downtown development stalled because an out of town developer dropped out of the project.

Rio Nuevo is working with local developers to revive the plan.

The project at Broadway Boulevard and 6th Avenue would turn a parking lot into at least 12 stories of retail office space, and places to live.

Rio Nuevo chairman Fletcher McCusker said "I mean, we're seeing apartments being built all around us. We're seeing new retail. Light rail is now a million users a year. We're often compared to Austin, or Portland or San Diego. This is huge for Tucson as a region and we're also seeing a huge economic spurt from the growth that's occurring downtown."

The Rio Nuevo board has given a local developer more time to revive the plan.