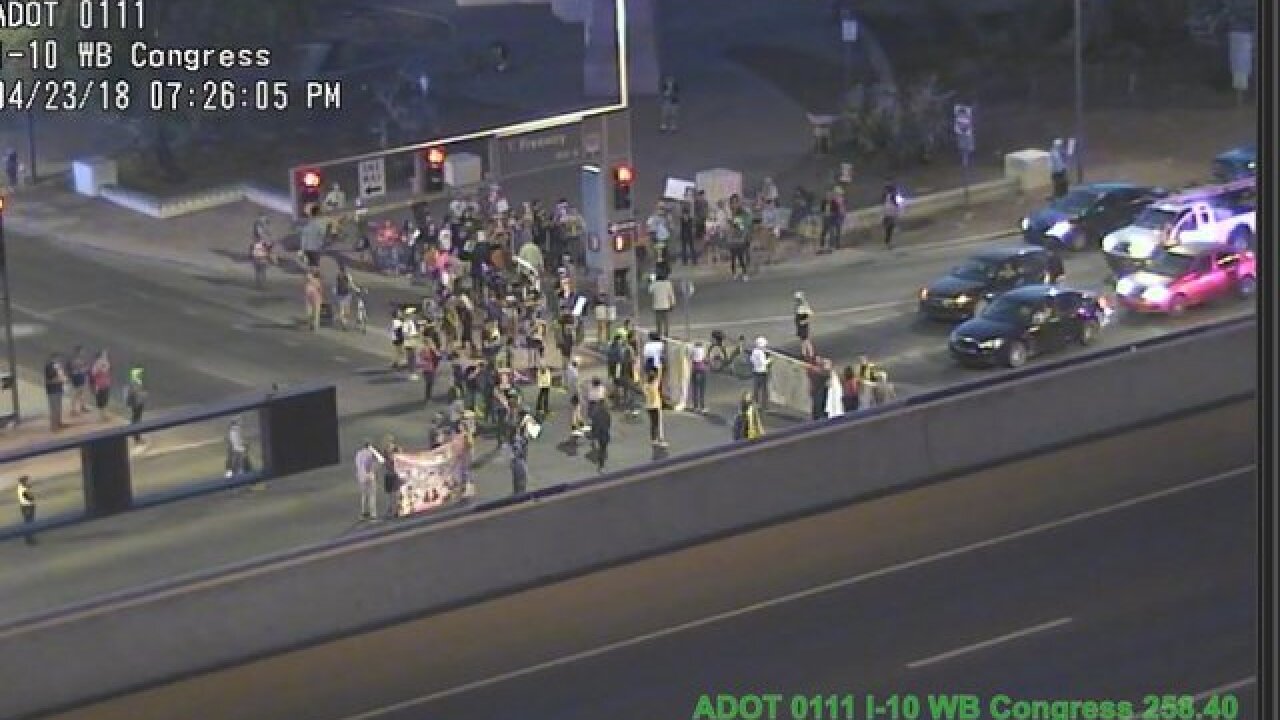 Now at the top of the hour, the protest continues. They feel today’s verdict in the murder trial of Border Patrol Agent Lonnie Swartz is wrong, and they want to seek justice for Jose Antonio Elena Rodriguez. @kgun9 pic.twitter.com/rdMwN4gPqf

Later in the night, protesters started to disrupt traffic near downtown.

HAPPENING NOW: Protest blocking off I-10 off ramp and on ramp at Congress @kgun9 pic.twitter.com/VnxCsBW7Ap

According to the Arizona Department of Transportation, eastbound and westbound ramps at I-10 and Congress remain closed due to those protests.

CORRECTION: The eastbound and westbound ramps to the I-10 at Congress Street in Tucson remain closed due to a protest. https://t.co/11OZE4F26e

KGUN 9 On Your Side has a crew at the scene and will have the latest for you at 10 p.m. and always on kgun9.com.