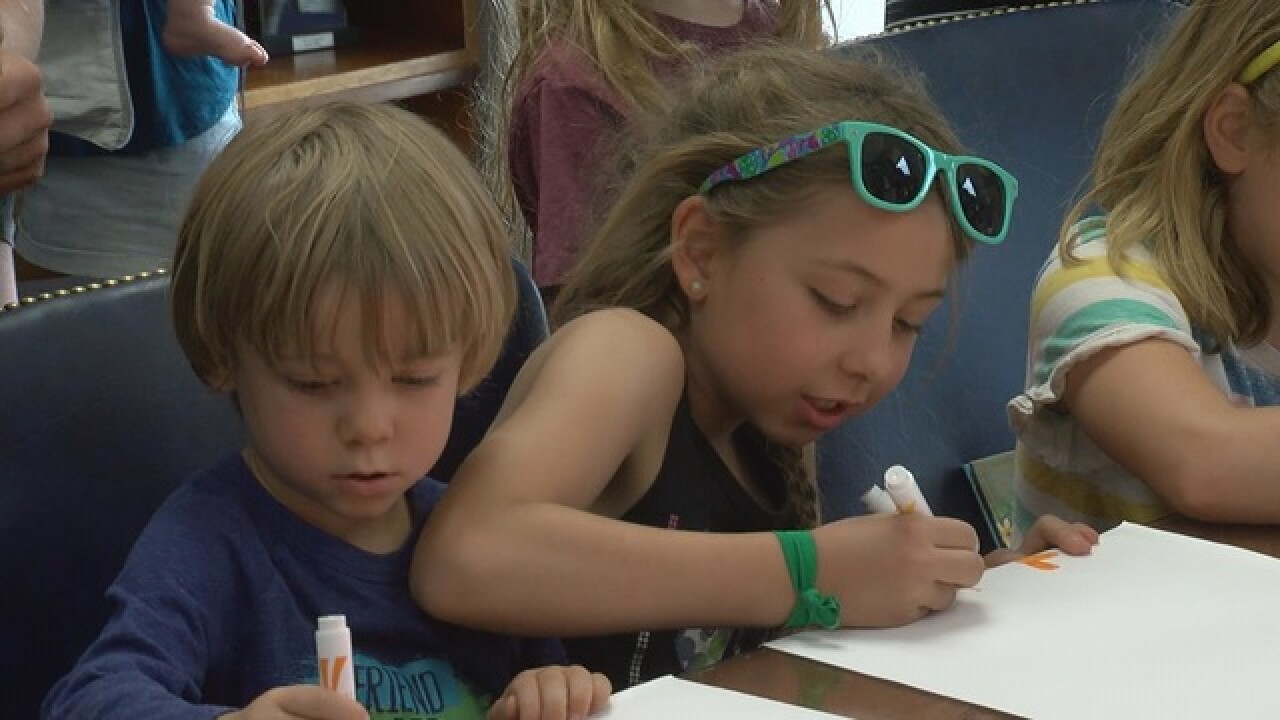 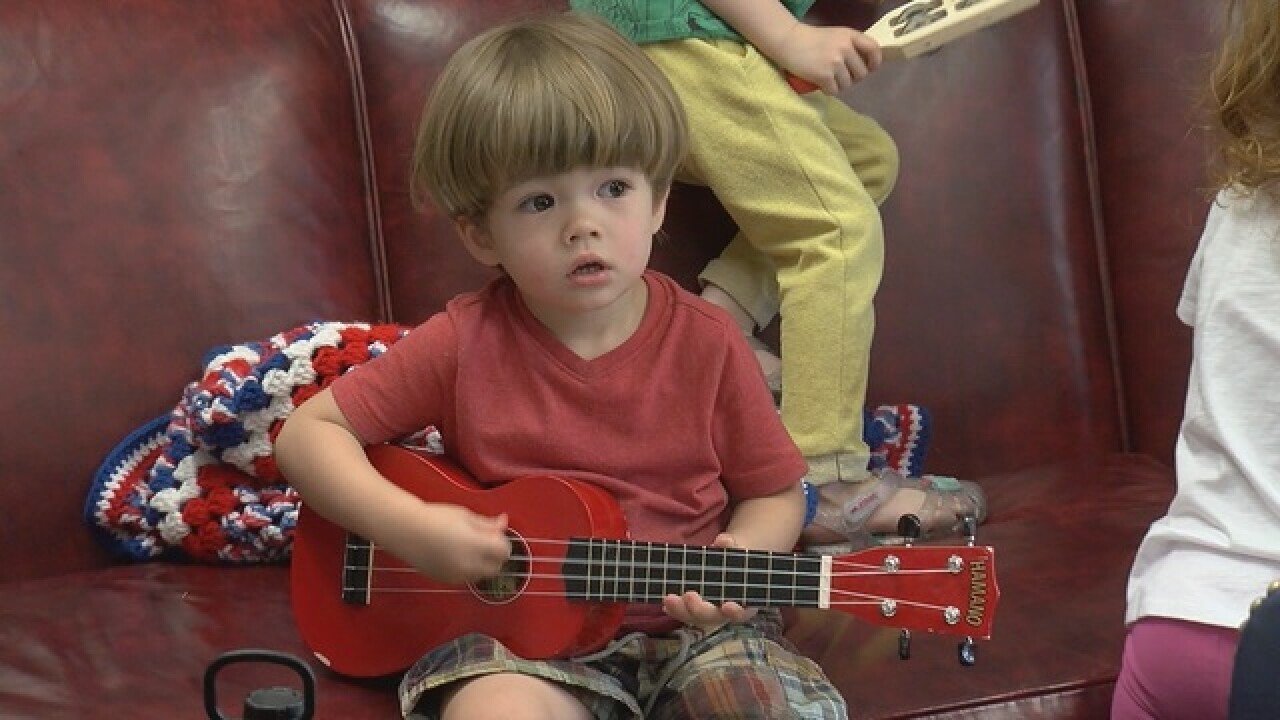 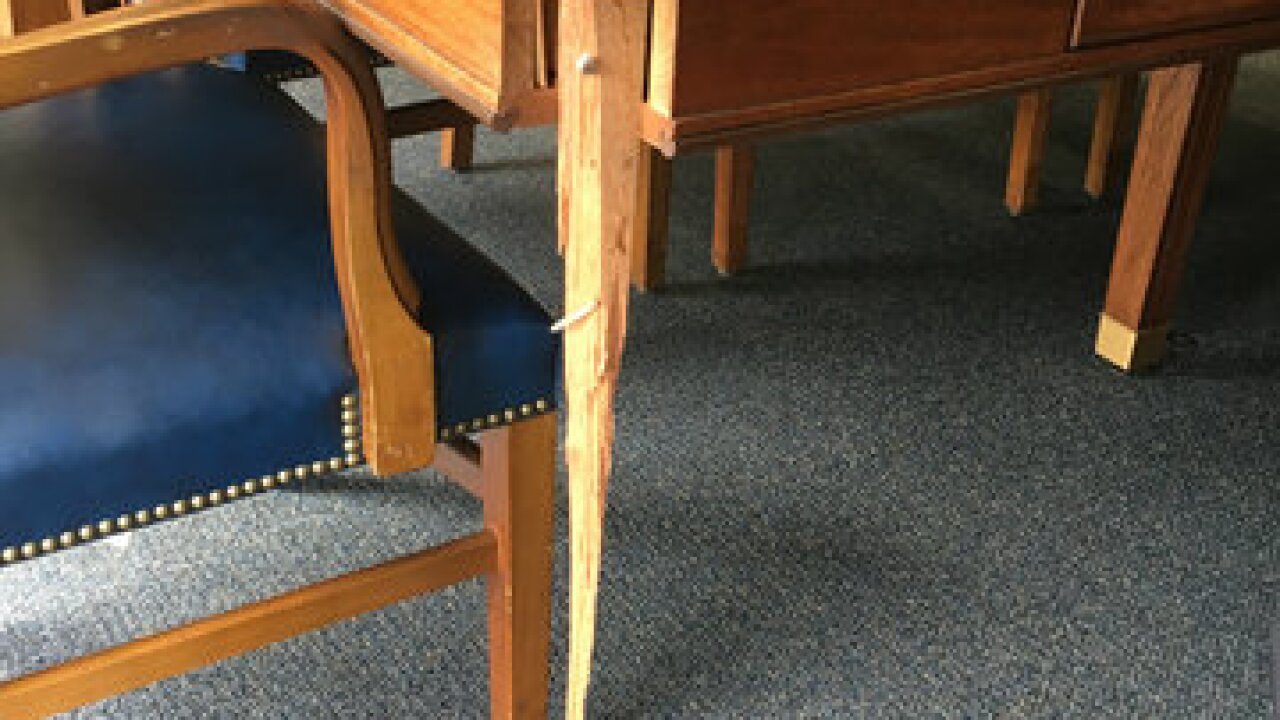 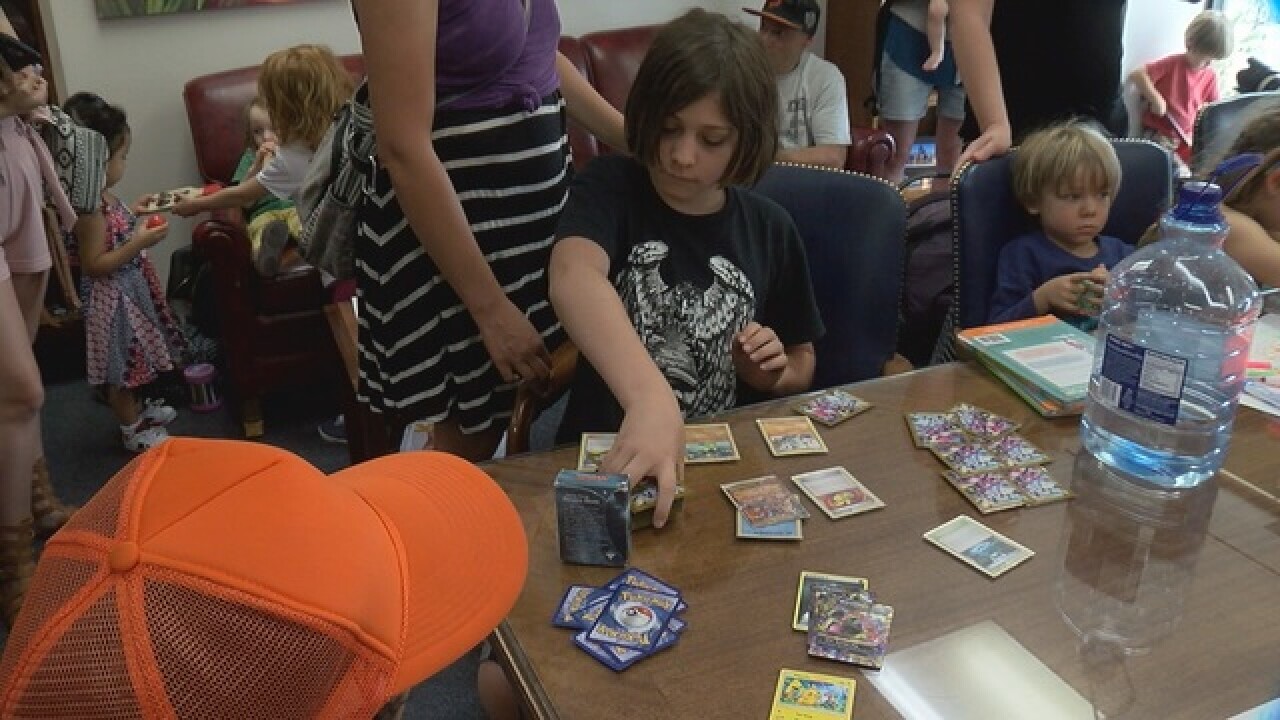 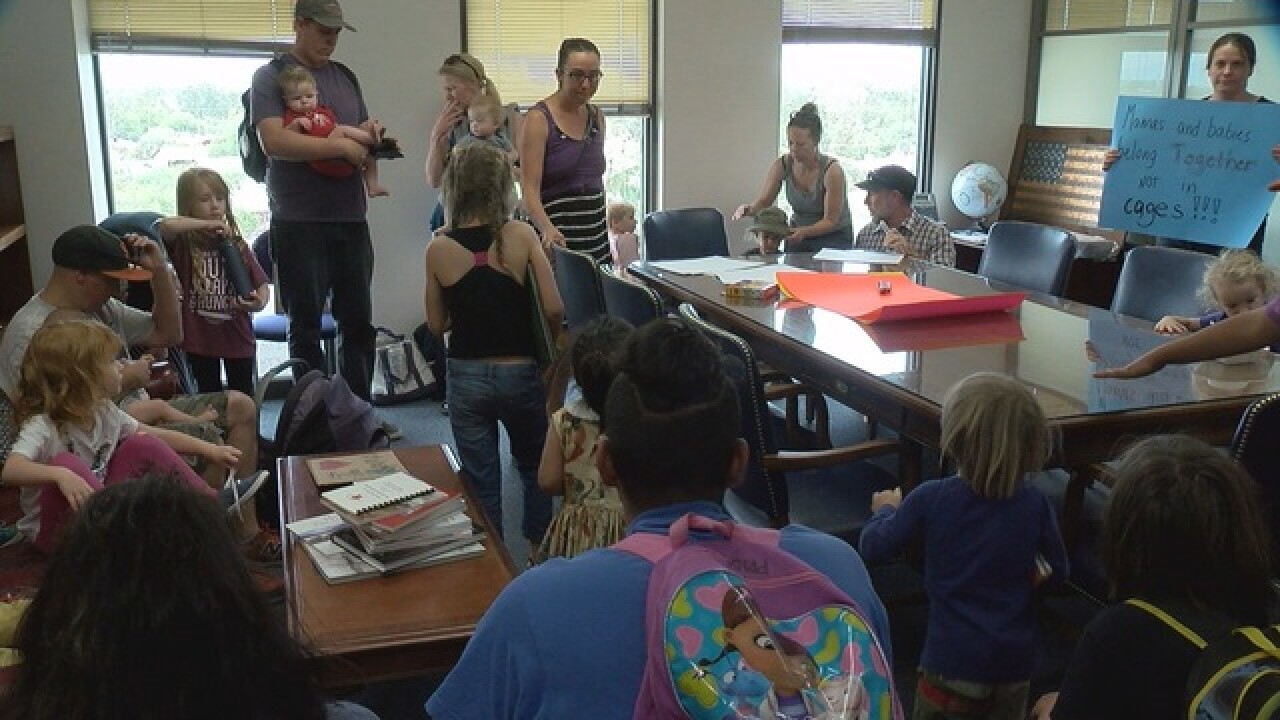 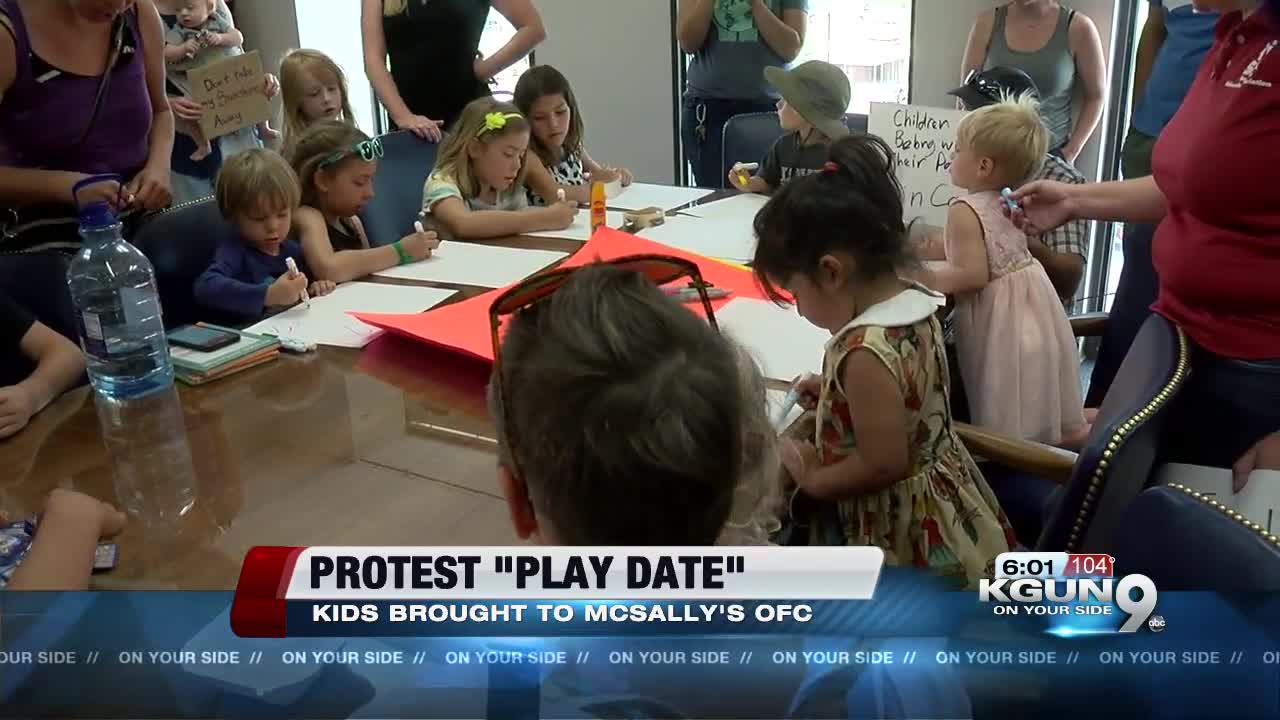 TUCSON, Ariz. - A group of children showed up at Congresswoman Martha McSally's Tucson office Wednesday.  They were not there for a class trip.  Their parents brought them to the office as part of a protest.

About 10 AM adults and children walked past the reception desk and settled into the middle of Martha McSally's Tucson office.  They brought art supplies and toys and did a little singing.

What organizers described as a play date had a less than playful purpose.  Organizers are upset about government policies that separate some immigrant families from their children.

They want McSally to push to end those plans and to work to bring families back together.

He asked: “The government says it doesn't have the means to house families together.  Do you buy into any portion of that argument?”

Harrington: “No I don't because they can just parole them into the community.  These are asylum seekers who have the right under international law to seek asylum and so they could release them to the community."

McSally was not in Tucson.  She was working at her DC office. A McSally staffer asked media to leave the office but did not remove any of the adults or children.  A Tucson Police Lieutenant and a patrol officer arrived but left a few minutes later.

About an hour after they arrived, the adults and children left the office.

On the way to the elevator Ruthy Ross said: "We're parents. We're mothers.  We're fathers.  We're just outraged by the fact that families are being separated. We want them to stay together."

McSally's office sent a photo of a table which they say demonstrators damaged.

And the office issued the following statement from McSally Chief of Staff Justin Roth, quoted here in full:
“It is most unfortunate that this group, organized by radical activists, broke into our office today to disrupt the workplace and prevent us from serving constituents in Arizona’s Second Congressional District. The intent of this unruly intrusion is made clear by the fact the group purposely chose a date when the Congresswoman was fulfilling her duties in Washington, D.C. so they could create a scene, and nothing else. During the protest, the participants destroyed property and prevented staff from providing services to individuals who came in to deal with personal casework issues. Events like these distract from the many issues our country faces and makes it harder for our community to come together to address them.”