Both officer and suspect injured

Tucson police are investigating an officer-involved shooting on the southside.

Tucson police are investigating an officer-involved shooting on the southside.

The incident happened near 36th Street and Park Avenue at around 8 p.m.

Sgt. Pete Dugan, a spokesman for the department, says two officers were working a drug investigation in the area.

The officers saw a man riding his bike near 36th and Campbell where he committed a traffic violation. They tried to pull him over and he didn't stop.

The man has been identified as 33-year-old Marcus De La Torre. 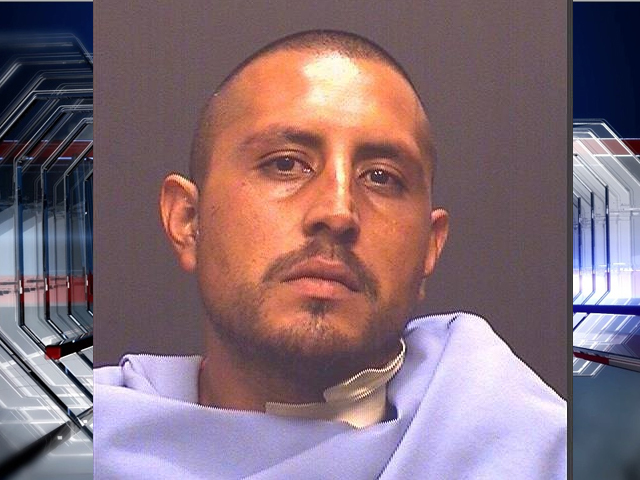 Dugan says as officers briefly chased the man on foot he pulled out a gun and shot at them.

Officer Miranda was struck by one of the bullets that grazed the side of his head.

Workers at a nearby Taco Truck ran for cover. Carlos De La Paz told KGUN 9 that he heard several shots, a pause and then return fire.

Vivian Alegria says she was heading home to have dinner when she heard the sirens. "We're pulling in and we're barely getting ready to sit down and eat and that's when we start hearing everything," says Alegria.

Both officers returned fire at the suspect. One of the officers was grazed by a bullet.

Dugan says the suspect was shot multiple times. The suspect is in critical condition at this time.

Officer Miranda has been released from the hospital. The suspect, De La Torre, remains in the hospital in stable condition.

De La Torre faces charges of attempted first-degree murder and prohibited possessor. Upon his release from the hospital, he will be booked into the Pima County Jail.