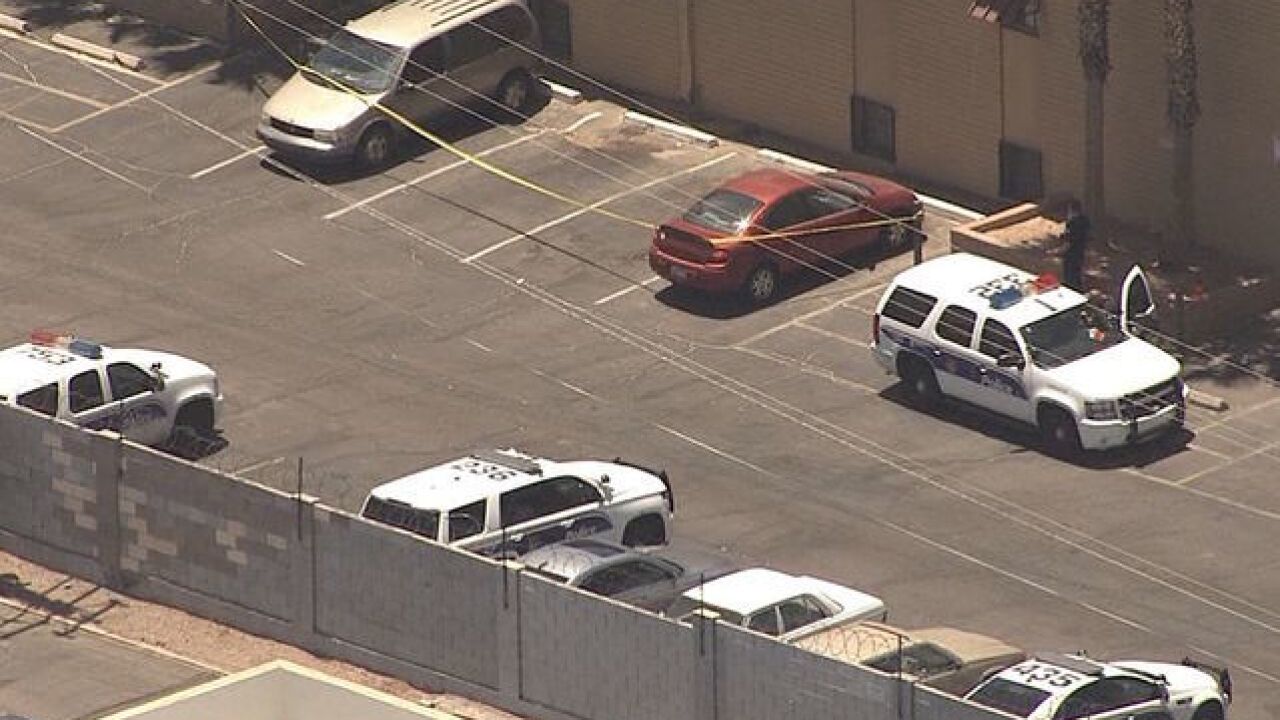 Copyright 2018 Scripps Media, Inc. All rights reserved. This material may not be published, broadcast, rewritten, or redistributed.
<p>Authorities say a man has been found fatally shot at a Phoenix apartment.</p>

Authorities say a man has been found fatally shot at a Phoenix apartment.

They say officers responded to an apartment near Interstate 17 and Indian School Road around 11:30 a.m. Tuesday in response to a report of shots fired.

Russell was found on the floor of the apartment with an apparent gunshot injury.

Phoenix Fire Department paramedics pronounced him dead at the scene.

Police are searching for a suspect in the fatal shooting and have a description of the getaway vehicle from witnesses.