Copyright 2017 Scripps Media, Inc. All rights reserved. This material may not be published, broadcast, rewritten, or redistributed.
Villarreal, Phil

Police have deemed a suspicious backpack left inside a northwest side McDonald's safe.

Scene clear after TPD responded to a suspicious bag at McDonalds on Oracle across from #TucsonMall @kgun9 @whatsuptucson pic.twitter.com/vvBMgKHWQc

According to Sgt. Pete Dugan with the Tucson Police Department, officers were called to the McDonald’s located at 4495 N. Oracle Road around 11 a.m. 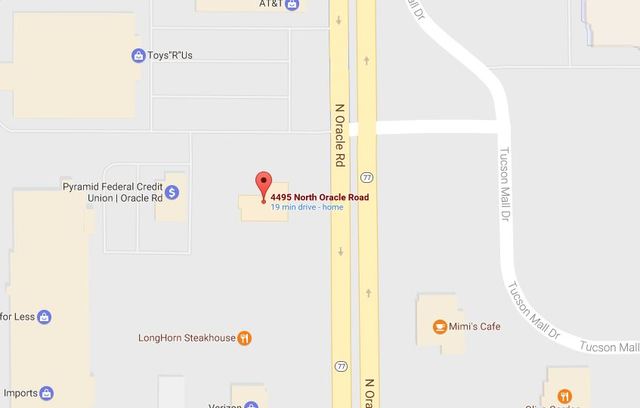 The TPD Bomb Squad was called to the scene to investigate the suspicious bag.

The parking lot in the area around the McDonald's has opened to the public.
Copyright 2017 Scripps Media, Inc. All rights reserved. This material may not be published, broadcast, rewritten, or redistributed.