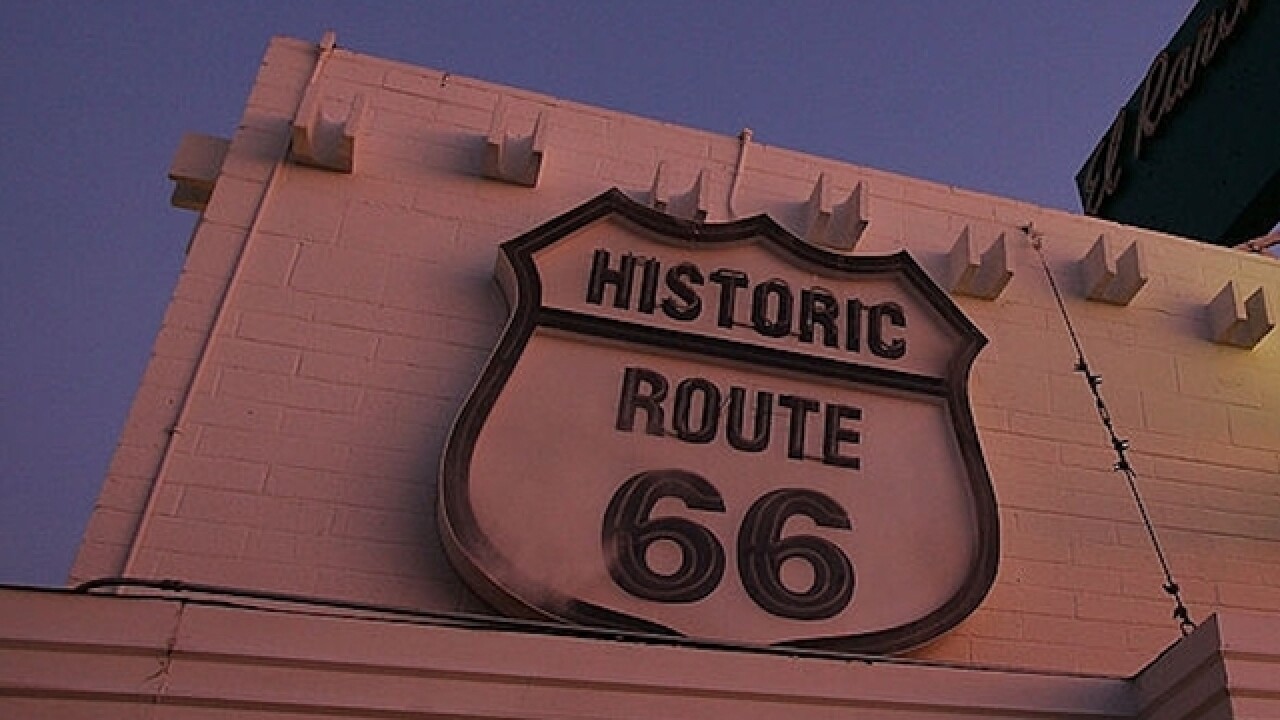 David McNew
A new proposal would designate Route 66, the Mother Road that connected Chicago to Los Angeles, as a National Historic Trail.<br/>

ALBUQUERQUE, N.M. (AP) - A new proposal would designate Route 66, the Mother Road that connected Chicago to Los Angeles, as a National Historic Trail.

U.S. Sens. Tom Udall and Jim Inhofe recently introduced a bill that would amend the National Trails System Act in an effort to help revitalize cities and small towns that sit along the historic Route 66 corridor.

The U.S. House of Representatives passed a similar bill in June.

Route 66, one of the first roads in the U.S. highway system, spanned more than 2,400 miles (4,020 kilometers). It ran through eight states, connecting tourists with friendly diners in small towns.

Use of Route 66 dropped significantly after highways were built as part of the interstate system.