Pioneer of world's most advanced prosthetic arm has Tucson ties 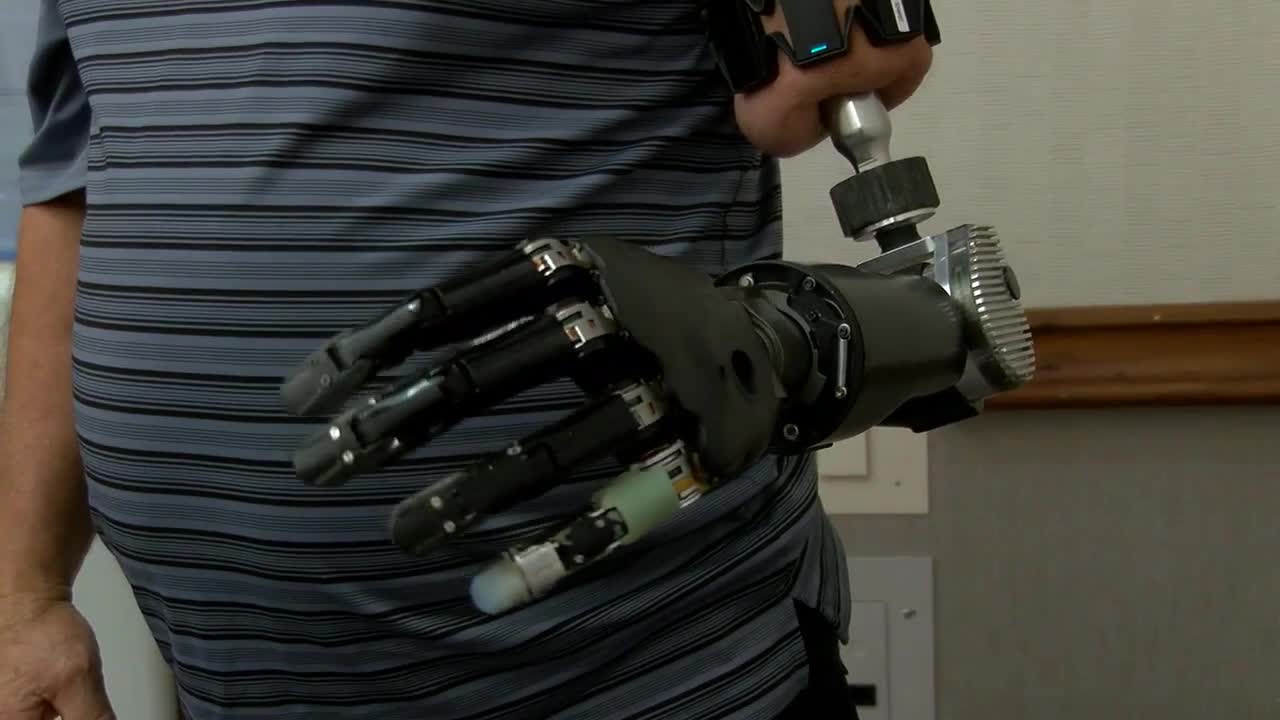 It's the most advanced prosthetic arm in the world. Johnny Matheny controls it with his mind.

TUCSON, Ariz. — It's the most advanced prosthetic arm in the world. Johnny Matheny controls it with his mind.

Matheny, who lives in Florida, was diagnosed with cancer in 2005. After six surgeries and 39 radiation treatments, doctors decided they couldn't save his left arm. He's now the first person to live with an advanced mind-controlled bionic arm.

Dr. Chi pioneered the intuitive control that allows Matheny to do things not seen before with prosthetics, like playing the piano, and picking up a single grape.

For Matheny, it's not easy work. He spends a lot of time training how he wants his arm to move, programming the movements with his phone. The phone then uses Bluetooth to signal to the arm what he is thinking.

Dr. Chi and Matheny travel together, educating people on the advanced prosthetic limb and the possibilities of what more it could do. They are working on making affordable, advanced prostethic limbs available to those who need it.

Check out the most advanced prosthetic arm in action. Johnny Matheny has Bluetooth sensors that record the muscle activity that communicates with the arm. @kgun9 pic.twitter.com/jjwGkldhTJ