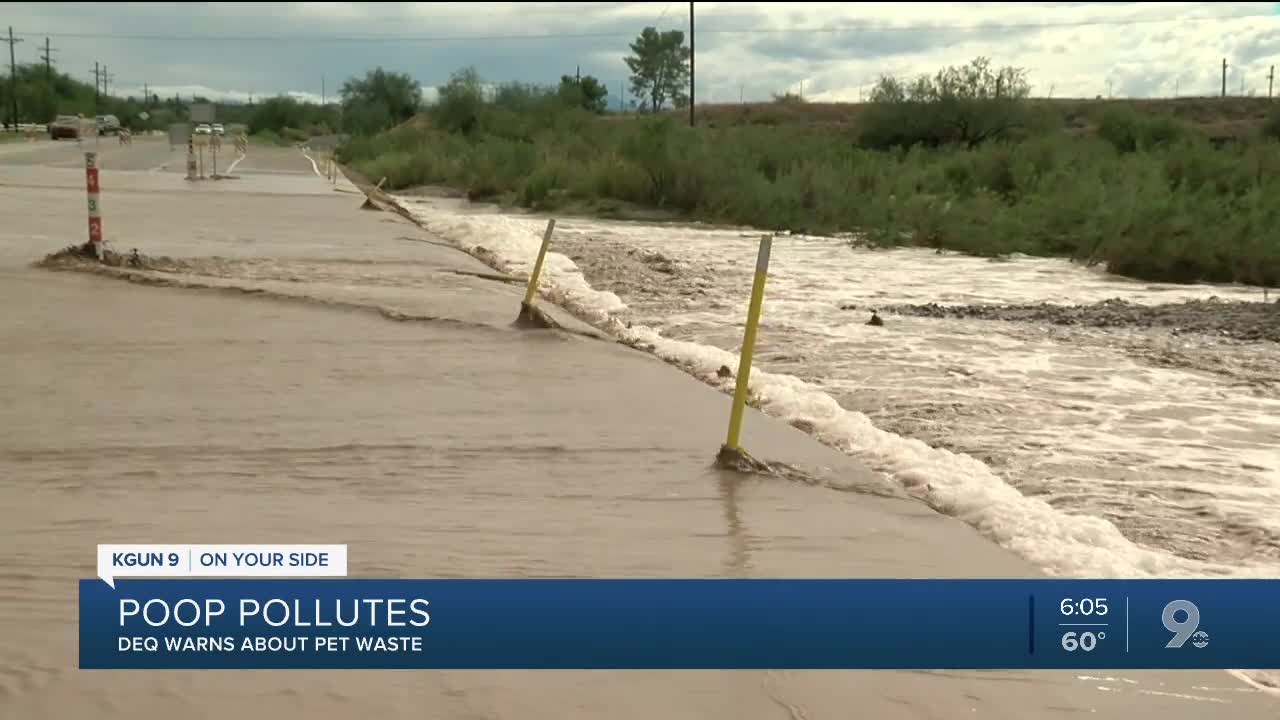 Pima county is warning people about a type of pollution that can spread disease damage soil and harm wildlife.

TUCSON, Ariz. — Pima County is warning people about a type of pollution that can spread disease, damage soil and harm wildlife. It’s a serious problem, but officials say it can be fixed simply by picking up after your pet.

The Department of Environmental Quality says it's really about the spread of bacteria, viruses and parasites. It gets even worse when it rains.

“When it sits there on the soil, it doesn’t decompose or magically become some kind of soil enhancer,” said DEQ Spokesperson Beth Gorman. “It is really something that needs to be picked up and properly disposed of.”

Parasites can live in the soil for months, and rain can spread disease through stormwater all over our area and into natural habitats.

“I did not know that,” said dog owner Darrel Banning.

It’s such a risk to public health, some HOAs and apartments will use DNA technology to test the excrement and track down the pet and guilty owner.

“I think it’s the same kind of people who throw trash out the window and leave it on the side of the road,” said dog owner Pam Olivito.

While some people we talked to say the problem is the fault of lazy pet owners, Gorman says she hopes it’s just a matter of spreading awareness.

It is illegal to not pick up after your pet. Not picking up could mean hundreds of dollars in fines and jail time.