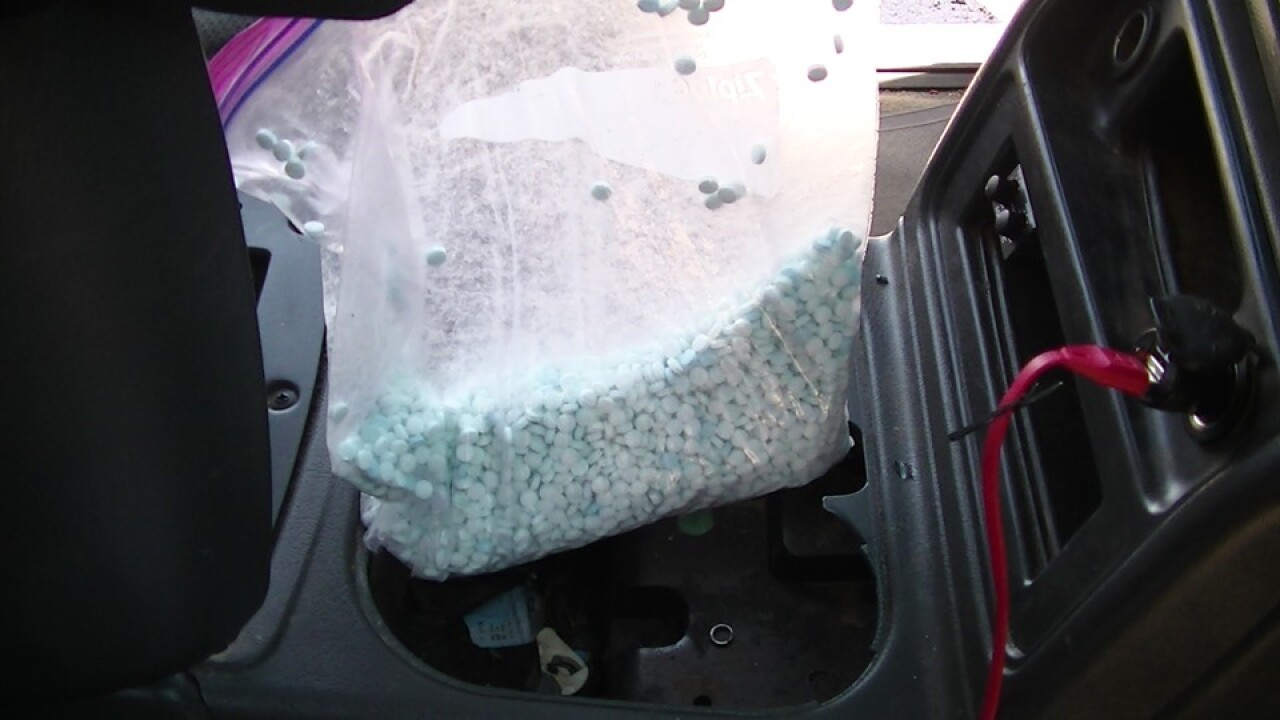 Pima County Sheriff&#39;s deputies say they found 5,000 suspected fentanyl pills in a hidden compartment in a car on Wednesday, June 5, 2019.

TUCSON, Ariz. — Nearly 5,000 suspected fentanyl pills are off the streets after a bust by Pima County Sheriff's deputies Wednesday.

According to a Facebook post from the department, deputies found the drugs during a traffic stop on northbound I-19. The drugs were hidden in a compartment apparently beneath the center console, according to photos.

More than 21,000 suspected opioid overdoses have been logged in Arizona since June 2017, according to statistics from the Arizona Department of Health Services , including more than 3,000 fatal overdoses. Pima County alone has logged more than 2,700 overdoses in that time.

Fentanyl is among the most potent and deadly opioids.