Part of I-17 closed for investigation into fatal shooting 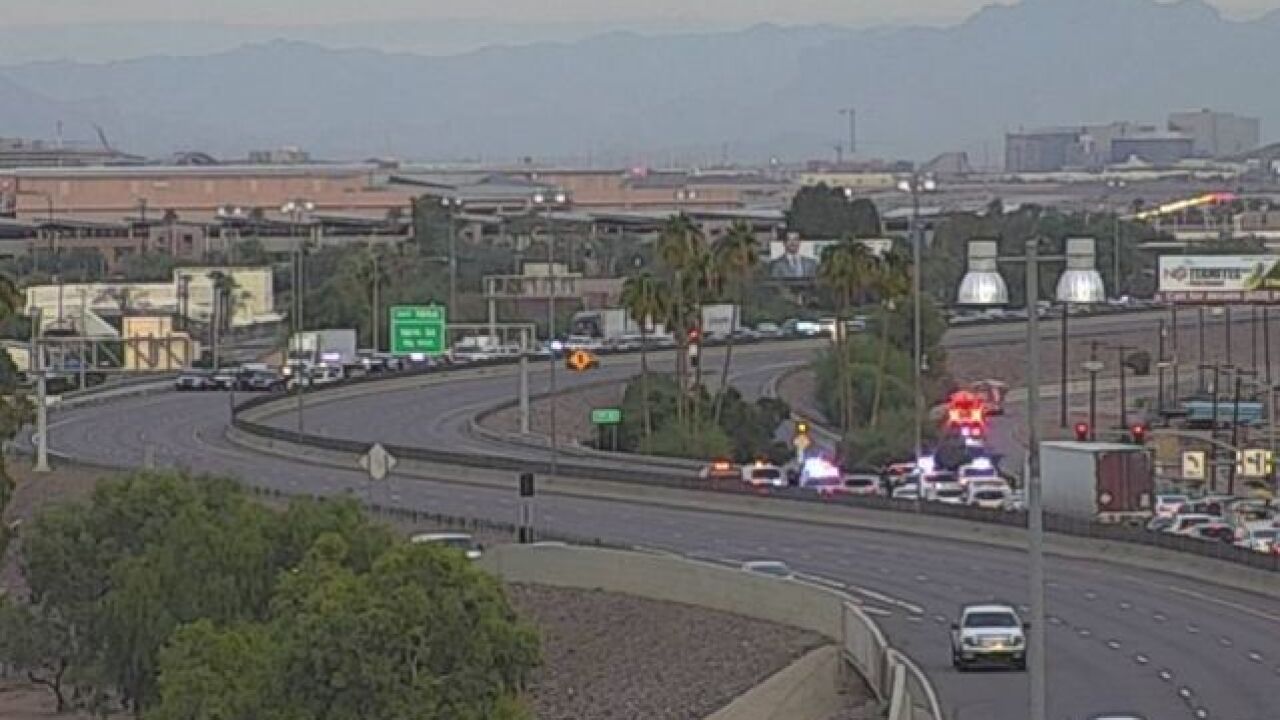 Copyright 2018 Scripps Media, Inc. All rights reserved. This material may not be published, broadcast, rewritten, or redistributed.
<p>Following a chase and shooting that left a suspect dead and three state troopers injured, a part of Interstate 17 remained in Phoenix closed as the metro area's morning commute began Tuesday.<br />  </p>

Part of Interstate 17 in Phoenix remained closed during the metro area's Tuesday morning commute as authorities continued to investigate a shooting late Monday that left a suspect dead and three state troopers injured.

The shooting occurred at 5 p.m. when a trooper stopped a pickup truck being pursued by another trooper.

I-17 was closed south of downtown Phoenix and west of the interchange with Interstate 10 near Sky Harbor International Airport.

According to Phoenix police, the suspect opened fire and troopers and Mesa police returned fire, riddling the truck with bullet holes as traffic went by on the other side of a median.

The suspect was killed and the troopers were released from hospitals after being treated for non-life-threatening injuries.

No identities were released.