Parade of lights and festival draws thousands to Downtown Tucson 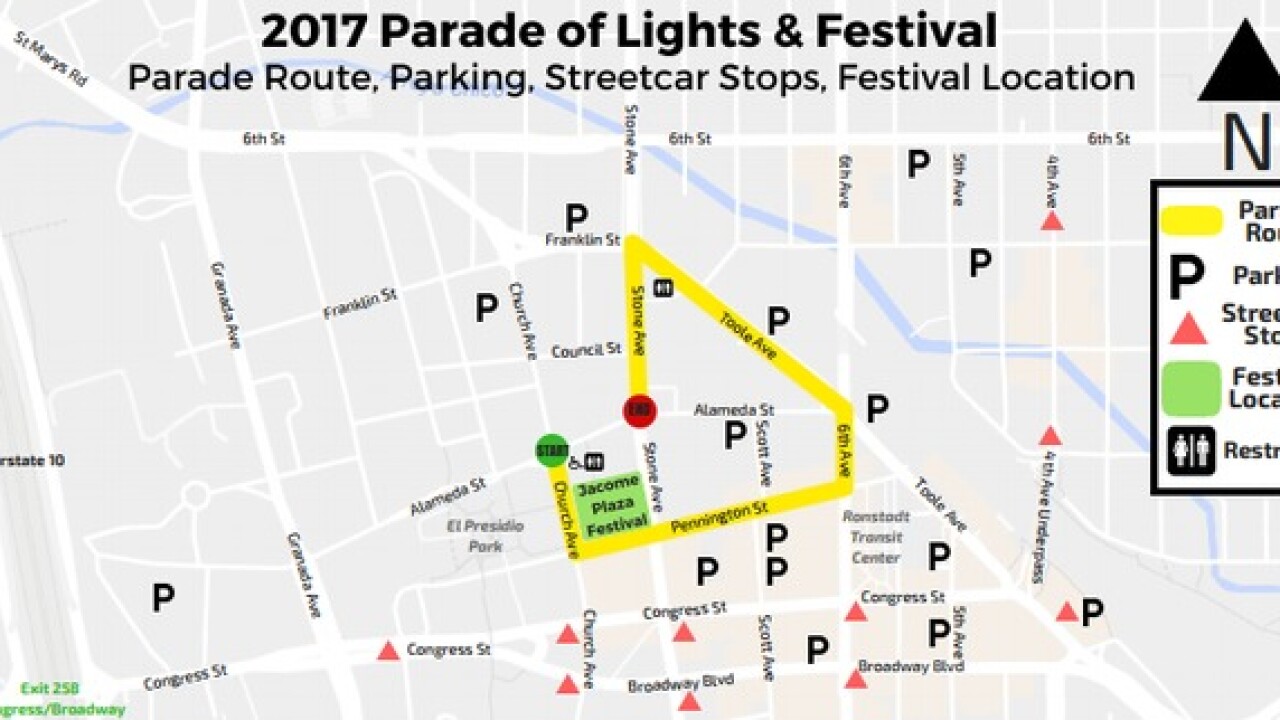 It's beginning to look a lot like Christmas in the Old Pueblo on Saturday night as the Parade of lights and Festival took place at the Jacome Plaza.

Thousands of families made their was to Downtown, Tucson to get into the Holiday spirit.

The festival kicked off at 3 p.m. followed by a Christmas tree lighting ceremony at 6 p.m.

Many parents brought their kids to the festival to enjoy the snow and god sledding.

We'll have more from the Parade of lights and festival on @kgun9 pic.twitter.com/qfFVWwEwFj

"it's an actual Christmas celebration as opposed to nothing," says one parade goer.

Another parade goer says, "I came for the Christmas spirit - the idea of being outdoors, lit up night time, being with friends and family and children's laughter is amazing."