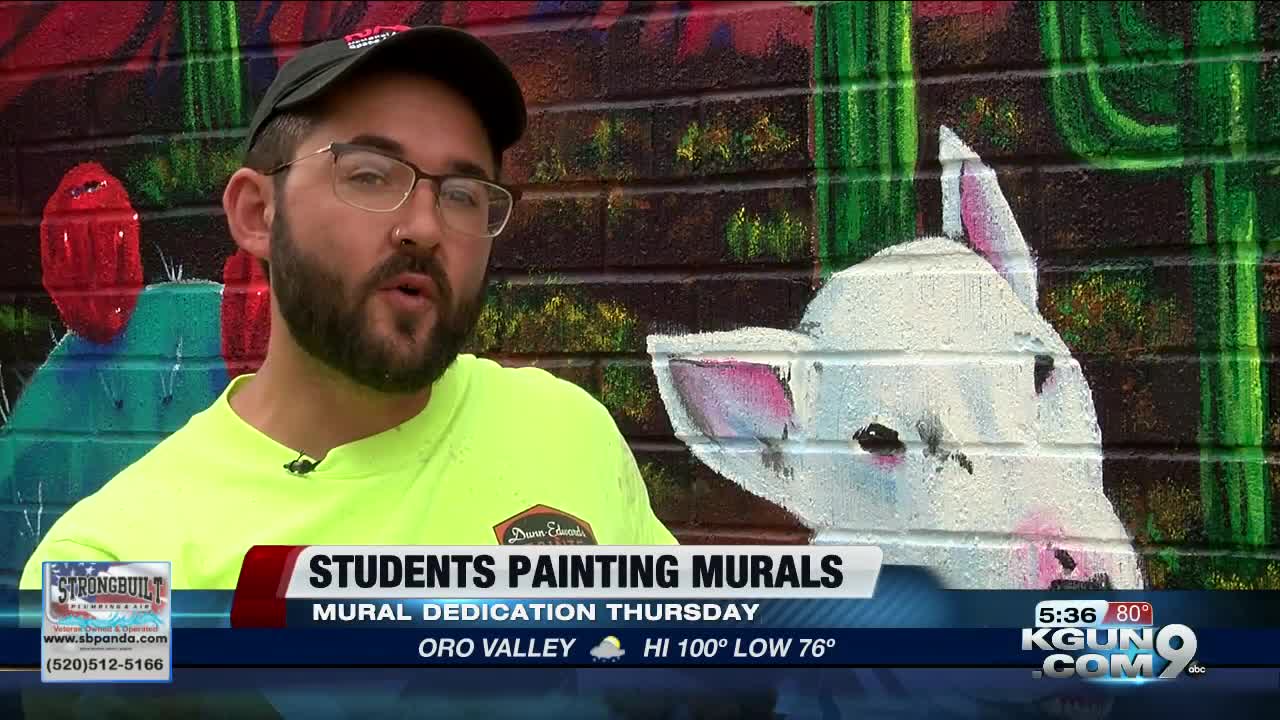 Students from Palo Verde High School are taking part in a special project allowing them to paint a mural on the eastside. TUCSON, Ariz. - Students from Palo Verde High School are taking part in a special project allowing them to paint a mural on the eastside.

The mural is located at the Palo Verde Pool.

Before starting to paint the mural, students spoke to community members about what they would like to see in their neighborhood.

"What we did was we did some research about the actual park, when it was built, the demographics and we met with people in the area to get an idea of how we could represent that story," said Isaac Caruso, the students' instructor.

There are four high school students in the program.

The program is run by the Arts Foundation of Tucson and Southern Arizona.

The students had to apply for the program and show their previous work before being accepted.

"The really cool thing about the way the program treats them is they actually treat them like real artists, they receive an hourly wage, they're expected to produce work, draw and actually help me with the painting of the final piece which they did an excellent job," said Caruso.

Students have wrapped up work on the eastside mural and are now working on four smaller scale murals located near University and Stone.

On Thursday, July 25, there will be a dedication ceremony for the eastside mural. The celebration will begin at 9 a.m.